China and the U.S. Pledge to Cut Methane Emissions This Decade 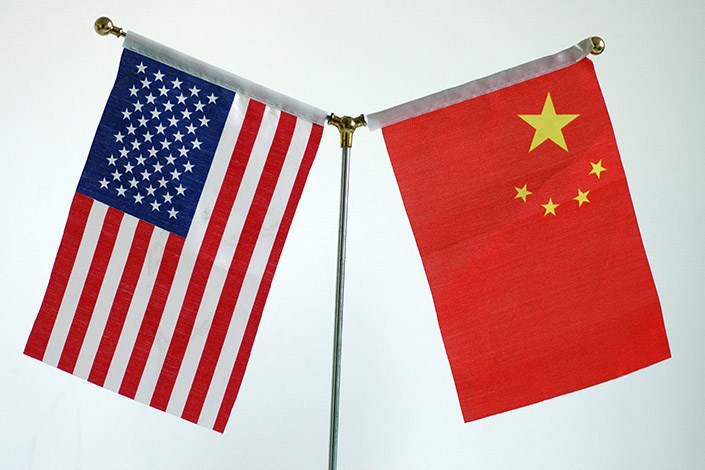 Senior officials from China and the U.S. have been engaged in climate talks since earlier this year as the two sides see climate change as an area with cooperation potential. Photo: VCG

China and the U.S. have pledged to work together to enhance climate action over the next decade in a joint declaration announced at the COP26 climate summit in Glasgow, noting that cooperation will include consensus on reducing methane emissions in the 2020s.

The two countries said that both sides “consider increased action to control and reduce such emissions to be a matter of necessity in the 2020s” as emissions of methane play “a significant role” in global warming, second only to carbon dioxide among major greenhouse gases.

Both countries will bring out additional emissions control measures before the next U.N. climate summit, and plan to meet early next year “to focus on the specifics of enhancing measurement and mitigation of methane,” according to the statement issued during the COP26 United Nations climate summit which is taking place in Glasgow until Friday.

The world’s two largest carbon emitters note in the statement they recognize “a significant gap” between efforts made globally to address the climate crisis and those needed to achieve the goals of the Paris Agreement. The two countries “declare their intention to work individually, jointly, and with other countries during this decisive decade, in accordance with different national circumstances, to strengthen and accelerate climate action and cooperation aimed at closing the gap,” according to the statement.

A global methane pledge led by the U.S. and the EU, which seeks to cut methane emissions by 30% by 2030, has been signed by some 100 countries including Indonesia, Canada, U.K. and Brazil.

China has reportedly signaled it’s unlikely to join the pledge, according to a Bloomberg report quoting a Chinese negotiator. “The U.S keeps telling people to join it for new pledges but without giving solutions about how to” tackle methane, Wang Yi, a senior Chinese negotiator at COP26 was quoted as saying. “Young people say there’s a lot of blah, blah, blah here, which to some degree is true,” he added.

Major emitters including Russia and India are reportedly also not joining the pledge.

According to the joint declaration, China and the U.S. plan to cooperate “to enhance the measurement of methane emissions, to exchange information on their respective policies and programs for strengthening management and control of methane, and to foster joint research into methane emission reduction challenges and solutions.”

The statement noted the U.S. Methane Emissions Reduction Action Plan, announced earlier this month by the White House, describing it as “an ambitious, whole-of-government initiative that uses all available tools to identify and cost-effectively reduce methane emissions from all major sources.”

China also plans to develop a “comprehensive and ambitious” National Action Plan on methane, following its updated plan for reducing emissions, known as Nationally Determined Contributions (NDCs), according to the joint declaration. The new plan on methane aims “to achieve a significant effect on methane emissions control and reductions in the 2020s,” the statement said.

Prior to the next U.N. climate summit, COP27, the two countries plan to develop additional measures to enhance methane emission control “at both the national and sub-national levels,” the statement said.

The two sides also plan to establish a joint working group that will meet regularly to enhance concrete actions, which may include continued policy and technical exchanges and meetings of governmental and non-governmental experts.

Senior officials from China and the U.S. have been engaged in climate talks since earlier this year as the two sides see climate change as an area with cooperation potential, offering a possible path to reengagement after four years of turbulent ties under the Trump administration.

In a letter sent for the National Committee on U.S.-China Relations, Chinese President Xi Jinping stressed the importance of bilateral cooperation, saying that “China stands ready to work with the United States to enhance exchanges and cooperation across the board, jointly address regional and international issues as well as global challenges and, in the meantime, properly manage differences,” according to the Chinese Embassy in Washington.

Xi also said Thursday in a keynote speech delivered at the Asia-Pacific Economic Cooperation CEO Summit that the country needs to promote a green transition, according to a statement issued by the Chinese foreign ministry.

“We need to put the people first, and strike a balance between economic growth, ensuring people’s well-being, and energy conservation and emissions reduction,” he said. “This will enable us to catalyze green transition in the course of economic development and achieve greater development through green transition.”

Qin Hu, senior director of research of the Environmental Defense Fund’s Beijing Representative Office, told Caixin that the joint declaration is “a milestone document for bilateral climate cooperation, as well as a wind vane for future cooperation, and will lay a solid foundation for the implementation of the Paris Agreement.”

He noted that China and the U.S. have made “substantial progress” in cooperation on methane emissions reduction following almost 10 months of joint efforts.

“The joint declaration marks the move from global scientific consensus to policy consensus on the need for methane control, and gives direction to the development of action plans, cooperation on monitoring and methane reduction measures in specific areas,” he said.