Fisher: The Worry Meter Is Beeping — So Buy Stocks Now 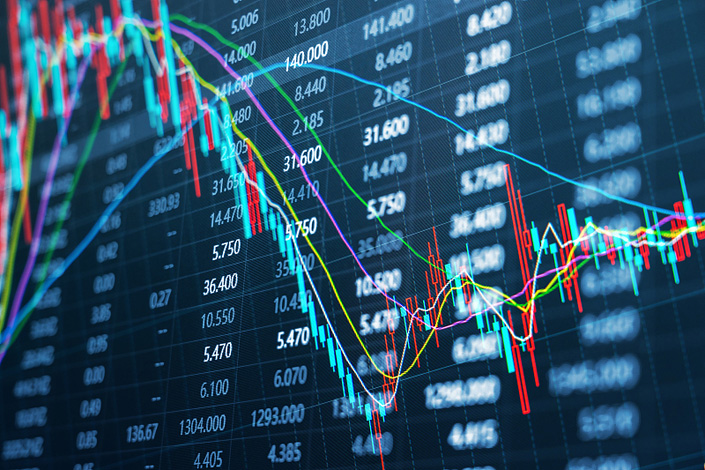 All throughout the bull market that started in March 2020, I have argued that while it is technically a new bull market it shouldn’t be thought of as one—but as a longer extension of the prior long market. I’ve thought that because it was too short in time to react now like a typical new bull market. Hence, we received optimism earlier this year that is normally symptomatic of a late-stage bull market, not a new one. Things like NFTs, crypto surging and SPACs were signs of it, in my view. Increasingly high expectations raised the chance of a negative surprise whacking the bull market.

Overreaction to new regulations impacting big tech firms provided that negative surprise, dragging Chinese stocks into the current bear market. Now the panicky plunge has given way to a slow, sideways grind of daily fears—new and old alike. What I have long called the “Worry Meter” is beeping loudly.

And the signs of euphoria in early 2021? Vaporized. Gauges of institutional investor confidence in Asia are well off January’s four-year high. IPOs and SPACs? After averaging $13 billion in the year’s first eight months—nearly triple 2019’s pre-pandemic level—Chinese IPO issuance sunk to less than $12 billion total in September and October. That parallels global trends—aside from a few headline-grabbing deals like former US President Trump’s, faddish SPAC shell companies have largely disappeared amid multiple blowups, lawsuits and regulatory worries.

Lots of investors see souring sentiment as a sign of trouble. No! It is good news. An old Western adage holds that bull markets climb a “Wall of Worry.” Why? Surprises move markets most. Widespread euphoria inflates expectations to super-high heights, making positive surprise tough to attain. It primes negative surprises to shock investors—slamming bull markets. The global tech bubble’s bursting back in 2000 was the quintessential example. Expectations grew high enough that any negative carried real power. The worry meter’s beeps show you clearly that isn’t the case now. Moderating sentiment is high-octane fuel for this bull market to keep on charging.

Fear-filled environments provide stocks with a high Wall of Worry to climb. The more attention negative stories gain, the more muted expectations become—teeing up the potential for positive surprises that propel stocks up the Wall of Worry. That makes today’s widely touted fears beautifully bullish. The headlines heralding numerous negatives mean fears preoccupying Western pundits are largely pre-priced—and in some cases far overblown. They worry over Evergrande’s woes—and cite missed payments or credit compromises from Fantasia, Xinyuan and other developers as signs the debt drama is “spreading.” But Evergrande’s troubles have been widely known for over a year—pre-priced! The other defaulters? They are far too tiny to trigger a cascading crisis. Besides, if weak real estate didn’t drive a calamity in 2015, why would now be so very different?

Markets are well aware of coal shortages and spiking electricity prices, too—and both are likely only short-term headwinds. Coal prices have already plunged 51% since their October 19 high, tied to your government pushing producers to up output and keep a lid on prices. Electricity prices should follow. The same thing is happening in energy markets worldwide. And it has evolved in numerous non-energy commodities and will soon in more.

Fears have also risen recently in countries that buy so many of China’s booming exports. While America and Europe haven’t been bitten by bear markets in 2021, their lofty early year sentiment has sunk amid parallel fears of energy crises, galloping inflation, supply chain bottlenecks, labor shortages, spiking shipping costs and more. But all these factors are well-known—hence pre-priced.

Doubly bullish: Some of the big worries are flat-out false. In the US, fears have flared over US President Biden’s proposed tax hikes, which many fear will torpedo growth not only in America but worldwide. But those hikes have been hugely watered down in the last month and still might not pass. Even if they do, tax changes are always widely discussed pre-passage, mitigating surprise power and hence pre-priced—surely by now. Hence, stocks have historically risen more often than fallen post-hike. Yet pundits always fret they signal doom and they do now—bullish!

False fears are always and forever bullish. As markets weigh these worries, they add bricks to stocks’ Wall of Worry, teeing up positive surprise—or even unconscious relief. It doesn’t mean you need massively touted good news. Anything better than what markets previously weighed will do.

Templeton’s prescient market cycle maxim plays out time and time again in markets East and West, yet few investors learn the underlying lesson: When fears rise in unison, it is usually an excellent time to buy stocks. The time to worry is when fears disappear and euphoria sweeps spirits into a feverish frenzy of greed and exuberance. That isn’t now.