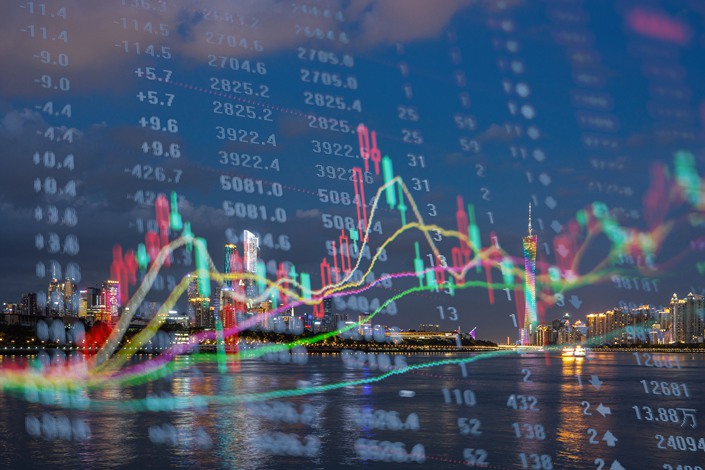 By next autumn, today’s fears will have fizzled. Their remedies are in place now. Photo: VCG

Given their 2021 divergence, you have to wonder what 2022 has in store for Chinese and global stocks. Stocks always do what is least expected and — even after markedly different 2021 experiences — that looks remarkably similar for stocks in your country and worldwide now. While I forecast only one year at a time, the biggest shock right now — hence, what is most likely — is two or three strong years from here, with global stocks extending their bull market and Chinese stocks beginning a new one. Before you reject this thesis, let me explain.

First, my 2022 forecast: Global stocks should grind sideways in an often scary and frustrating stock market into the summer — followed by a very strong autumn and winter, putting full-year returns up double digits. In China, 2021’s sentiment-driven bear market should end, with markets spring-loaded for a steep rebound. The exact start is anyone’s guess. Trying to pinpoint it is a fool’s errand. But it will come.

My 2021 forecast was mixed. I told you last January things looked beautifully bullish for global stocks, partly thanks to America’s political cycle — a key global stock driver. Since 1925, U.S. stocks have fallen in about half of American presidents’ inaugural years. The other half are usually hugely positive, like 2021. While there are exceptions, American markets heavily influence global stocks overall. In the past 20 years, the correlation between America’s S&P 500 and non-U.S. world stocks is 0.85. Since 1.00 means identical movement and -1.00 polar opposite, this shows you trends parallel each other.

China diverges more than most countries. Over the same span, Chinese stocks’ correlation to America’s is 0.52 — no shock, considering that even after recent years’ liberalizations, global investors’ access to China is limited. 2021 was an example, rendering my outlook wrong. While U.S. and global stocks rose 21.5% and 14.1%, respectively, through Dec. 8, Chinese markets suffered. A-shares? After an early surge, they are up just 2.7%. The broader MSCI China Index is deep in a bear market, down -21.2%.

I am sorry I didn’t see this correctly. But as I said in October, China’s bear market seems sentiment-driven —from investor overreactions to China’s regulatory shifts. Some shifts were substantial, like those mandating private tutoring firms operate as non-profits. But they were limited in scope. Others, like data privacy, look similar to recent European and California regulations which didn’t impair European or U.S. stocks. Yet investors reacted like all the new rules were similarly strict.

Today, most Chinese negativity seems behind us. Averages never predict perfectly, but since 1993, when China endures its own unique bear market — separate from global bears — the downturns average 11.6 months. This one began Feb. 17, is 9.6 months old and losing fuel. Didi’s U.S. delisting closes the book on the disputed IPO. The government successfully managed the fallout from Evergrande’s default. Other developers likely follow, but are mostly small with well known, widely priced troubles.

So, looking forward, ask yourself: How can reality negatively surprise today? From slowing growth to credit market worries to inflation and supply chain woes, almost every possible Chinese negative has been analyzed endlessly by investors, like cows chewing their cuds. That saps their future power over stocks, allowing markets to refocus on fundamentals. An old Western proverb holds that, “bull markets climb a wall of worry.” Fears lower expectations, making positive surprise easier to attain than negative from here.

In 2022, markets will reassess China’s fundamentals. They will see a healthier-than-appreciated domestic economy that should stabilize. The government’s efforts to support the property market broadly with reserve requirement ratio cuts and other moves will help, while still allowing overextended firms like Evergrande to fail. Investors will see the big tech and tech-like firms integral to China’s domestic economic development are irrationally cheap. That is fuel for a new bull market — one that could run for years.

Beyond China, investors will see a global economy irregularly returning toward normalcy. While global growth will slow, it will still be healthy. That should boost demand for China’s already burgeoning exports and support profit growth everywhere.

For world stocks, politics present a stiff tailwind—but mostly late in 2022--U.S. President Joe Biden’s second year. Like Presidents’ first years, second years are down almost half history. But “up” years roar, averaging 21% in U.S. dollars. This bifurcated history makes forecasting second years risky — when you are wrong, you are quite wrong. Most western forecasters now predict stocks to be up a hair or flat. But stocks do what few fathom.

But that is normal. Stocks typically meander for much of U.S. presidents’ second years. Since 1925, U.S. stocks averaged sub-3% gains in U.S. dollars in the year’s first nine months. Only 57% of these stretches were positive.

Expect a supersized 2022 version. By autumn, today’s fears will have fizzled. Their remedies are in place now. Globally, inflation will ease as supply and labor constraints subside, so long and short-term interest rates should be benign. They may even decline.

As fears fade, U.S. election clarity should spark a giant late-year rally. Ideological and political confirmation bias causes everyone to disbelieve this ever happens, so it recurs regularly.

This gridlock should have global stocks steamrolling ahead into a big 2023 — possibly even 2024. U.S. stocks have risen in 92% of presidents’ third years, with no negative years since 1939. (Even 1939 fell just -0.9%.) Fourth years? 83% are positive, with 11% average returns. Global gains should further fuel the new Chinese bull market, with the growth-oriented tech and tech-like firms hit hardest last year leading a spring-loaded bounce. China’s rebound should also ease global fears. In early 2023, the powerful realization years of bull market could remain likely spurs “don’t miss out” buying — creating a final, euphoric sprint into 2024.

Investment success relies on fathoming the unfathomable. In 2022, that means seeing Chinese stocks’ divergence from the world ends soon — and embracing China’s and the world’s lasting climb before others do.