By Cheng Siwei and Manyun Zou 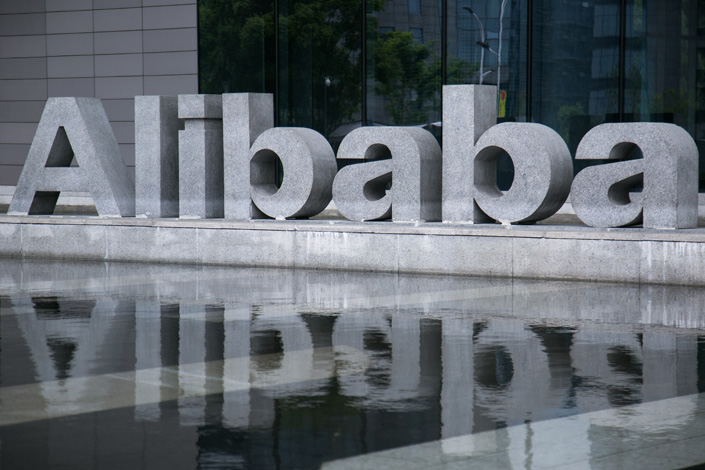 The signage at Alibaba’s headquarters in Hangzhou. Photo: VCG

Alibaba Group Holding Inc. reported a three-year-high effective tax rate in its disappointing third-quarter earnings, the latest hit to the e-commerce giant’s fiscal performance amid a regulatory crackdown that has rattled the tech sector.

For the quarter ended September, Alibaba has paid nearly 6.1 billion yuan ($954 million) in income tax, more than triple the 1.9 billion yuan in the same period last year. Its effective tax rate, hence, amounted to 24%, excluding factors like share-based compensation expense, revaluation and disposal gains/losses of investments, and so on, according to its quarterly results.

The change resulted from “certain subsidiaries” being excluded from the government’s tax reduction list this year, Alibaba explained in the financial statement. These subsidiaries were approved for the Key Software Enterprise (KSE) status in 2019, which entitled them to a reduced tax rate of 10% in the coming year. However, they missed out on KSE status in 2020.

That raised the Hangzhou-based tech titan’s effective tax rate to the highest in three years, during which the rate was mostly between 17% to 18%, figures in its past statements showed.

“Because the preferential tax rates related to KSE are subject to annual review by the relevant tax authorities in China, there is always a risk that companies that apply would not be granted the tax benefit,” Citigroup analyst Alicia Yap wrote in a research note in August. “The argument basis sounds reasonable given a tightening regulatory environment and recent antitrust investigation and fines on the internet sector.”

Authorities, meanwhile, have raised the bar for tech companies to qualify for a tax break this year. A note (link in Chinese) released by the Ministry of Industry and Information Technology and three other departments in April listed seven conditions, including spending at least 7% of their annual revenue on research and development (R&D), R&D staff accounting for over 25% of the total workforce, and software revenue making up for more than 55% of the total revenue.

The mobile internet industry, like browser, navigation, and mobile payment companies, was removed from the sectors eligible for the tax break, as the government shifted policy support to China’s integrated circuit and infrastructure software industries, according to the policy (link in Chinese) published in August 2020.

Under the policy, the firms that do qualify will be able to get exemptions from corporate income tax for the first five years after they turn a profit. After that, they only need to pay a 10% rate, well below the standard rate and more generous than previous policies.

The firms will also be up for a string of other government-supported benefits, such as import tariff exemptions, support for listing at home and overseas, access to medium- and long-term loans, and enhanced intellectual property rights protection.

Alibaba has faced a series of regulatory crackdowns since late last year. In April, the company was fined a record $2.8 billion by the market watchdog for its monopolistic behaviour. In the most recent round of antitrust penalties, Alibaba was again fined more than $938,000 for cases that could go back almost a decade ago.

On Oct. 18, the tech giant slashed its full-year revenue forecast while posting weaker-than-expected September quarter results, in which its net income plunged over 81% year-on-year to 5.4 billion yuan ($833 million) and earnings per share also fell 38% from a year ago.

According to Bloomberg reporting, Alibaba’s price targets have been slashed for the 18th straight week, with at least four analysts cutting their targets this week.