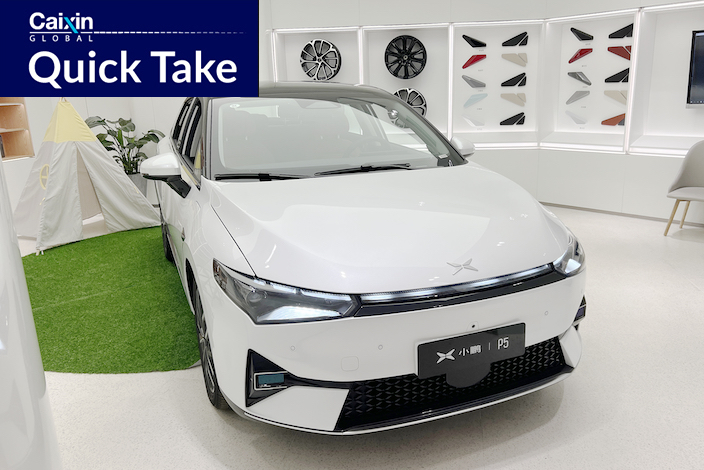 What’s new: Chinese electric car start-up Xpeng plans to launch a self-driving robotaxi service in the second half of 2022, the company said as it reported stronger-than-expected quarterly sales.

He Xiaopeng, founder and chairman of Xpeng, said the company is looking for partners to equip its electric cars with autonomous driving systems and deploy the vehicles for taxi services in Chinese cities.

Xpeng launched its smart driving system XPILOT 3.0 early this year. Vehicles using the driving assistance technology completed 11.98 million kilometers of trips by the end of October, according to the company.

More to know: Xpeng joins a number of electric car startups and tech companies moving to tap into the emerging robotaxi services. Several Chinese cities including Shanghai and Shenzhen have launched trials of such services.

Guangzhou-based Xpeng, which is publicly traded in the U.S. and Hong Kong, reported 5.7 billion yuan ($892 million) of revenue for the third quarter, beating average analyst expectations. The company reported a net loss of 1.59 billion yuan for the three months through September, compared with a 1.15 billion yuan loss a year earlier.

Xpeng delivered 25,666 of its G3 sport-utility vehicles and P7 sedans in the period, 14% over the upper end of its outlook in August.