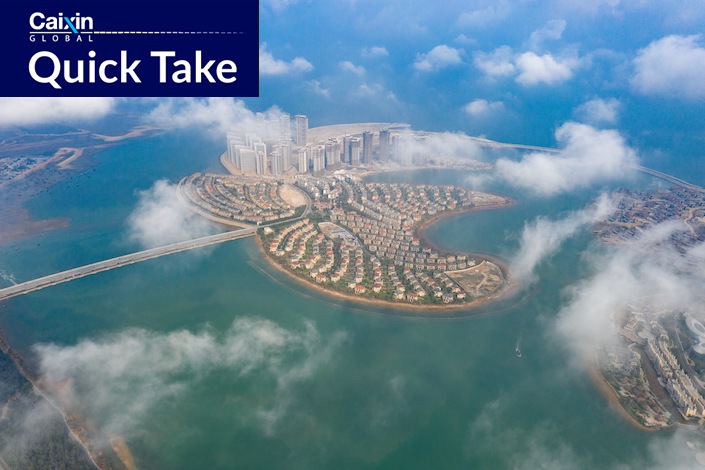 Evergrande’s Ocean Flower Island project in Danzhou is one of the world’s largest man-made archipelagoes with planned investment of 100 billion yuan ($15.5 billion)

Housing authorities in Danzhou this week told Evergrande subsidiaries that it would closely scrutinize the debt claims of creditors for properties in Ocean Flower Island, a mega resort under development by Evergrande in the city. Transactions using assets in the projects to repay unrelated debts will be prohibited, the authorities said.

The city regulators said the move is aimed at protecting the liquidity of the Ocean Flower Island project and ensuring its delivery.

Why it matters: Evergrande has been advancing a plan to use projects under construction across China to repay massive debts. But local authorities are dubious about the plan out of concern over the impact on local economies.

Evergrande’s Ocean Flower Island project in Danzhou is one of the world’s largest man-made archipelagoes with planned investment of 100 billion yuan ($15.5 billion). The complex, including hotels, theme parks, shopping malls and residences, is set to fully open next year.

But as Evergrande’s debt crisis escalated, fears arose over the delivery of the project.