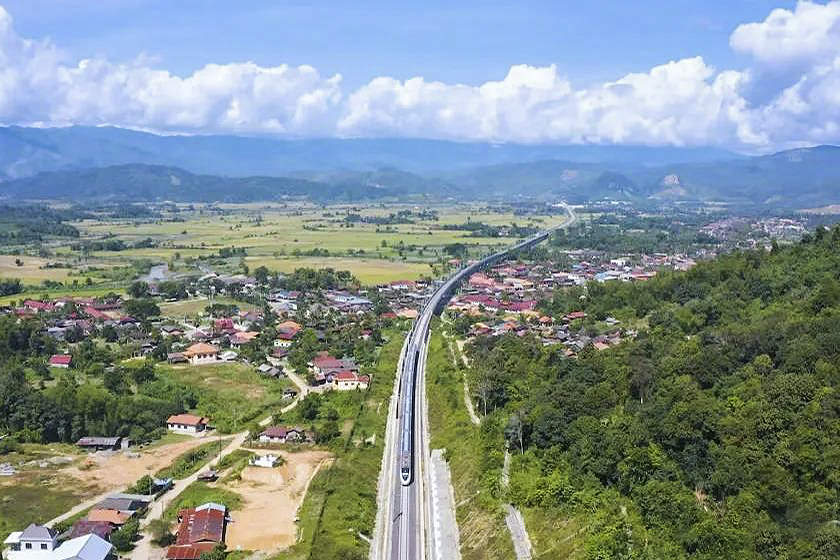 The China–Laos railway, China’s first international railway network, which is a part of China’s Belt and Road Initiative and Laos’ strategy to promote economic growth by expanding networks, is set to begin full operation on Friday. Photo: Courtesy of China Railway 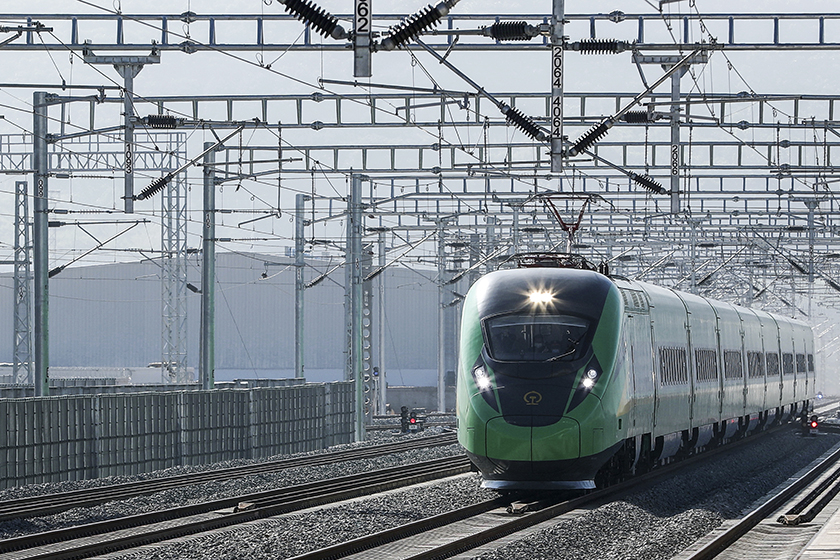 The railway starts from Kunming, Southwest China’s Yunnan province, and terminates at Vientiane, the capital of Laos, covering over 1,000 kilometers. Construction started in 2016. Photo: VCG 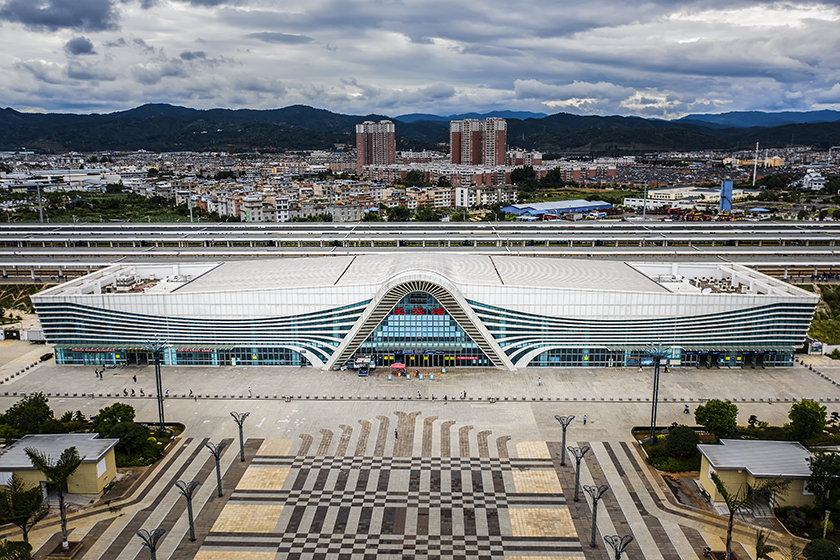 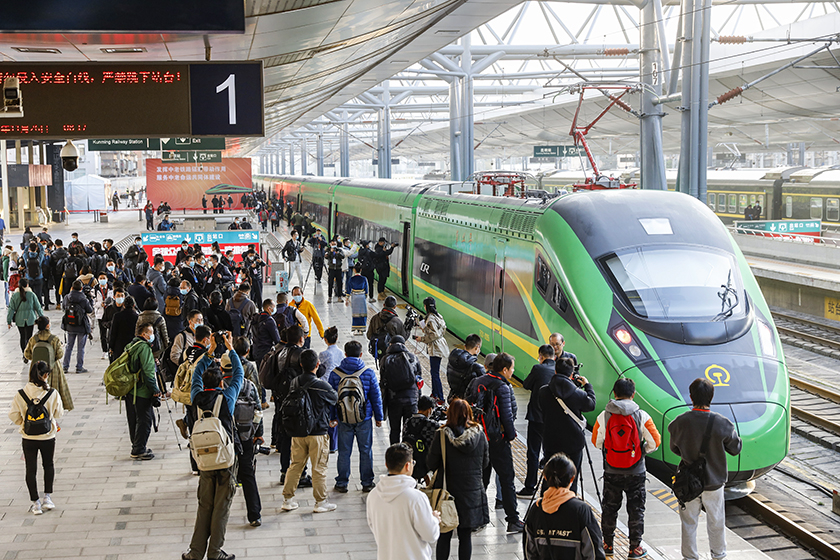 Residents wait to board a train on Nov. 26 during the railway’s trial operation in Xishuangbanna, Southwest China’s Yunnan province. The railway’s China section is about 500-kilometer long, which will reduce the travel time from Kunming to Xishuangbanna to around 3 hours, compared to around 9 hours by bus. Photo: Li Jiaxian/China News Service, VCG 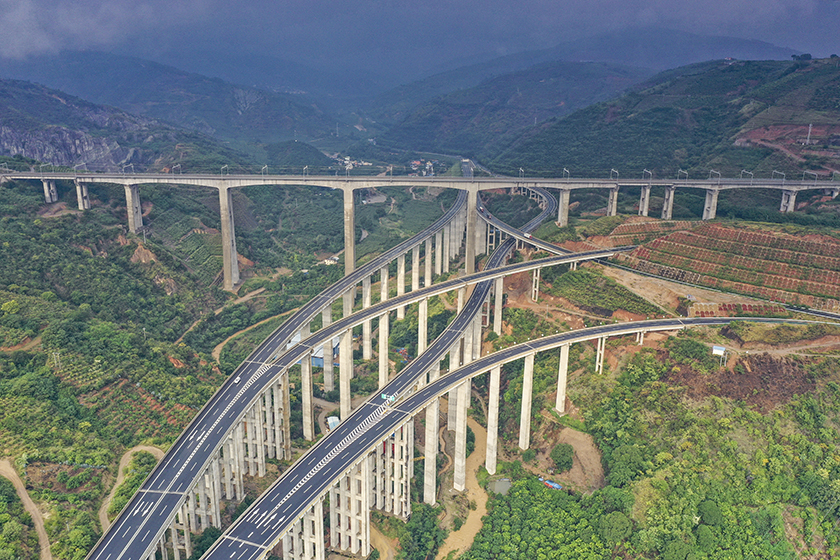 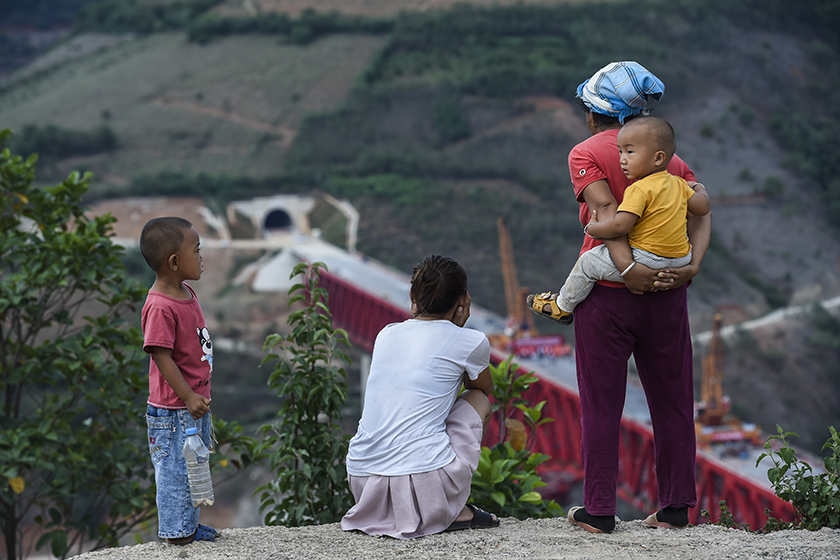 Residents watch the construction of the Yuanjiang Railway Bridge on June 30, 2020 in Yuxi. Photo: VCG 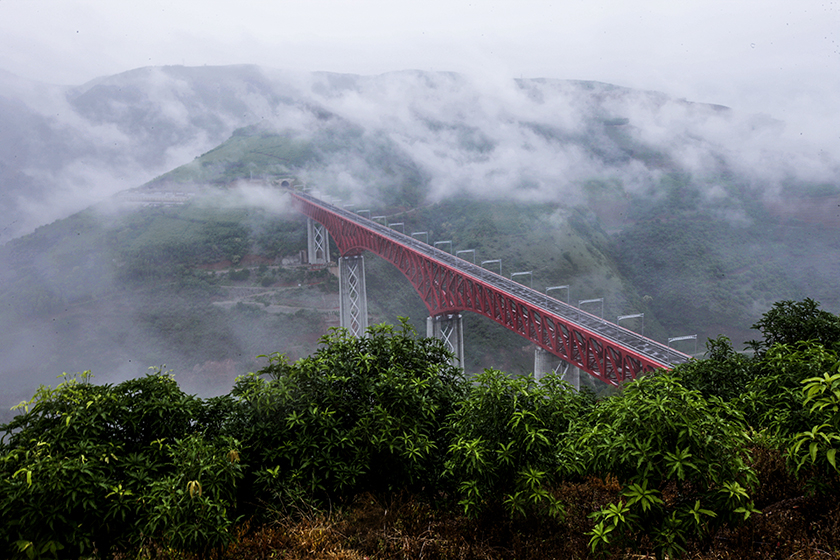 The Yuanjiang Railway Bridge, an essential part of the railway, is over 800-meter long with 154-meter tall pillars. Photo: IC Photo 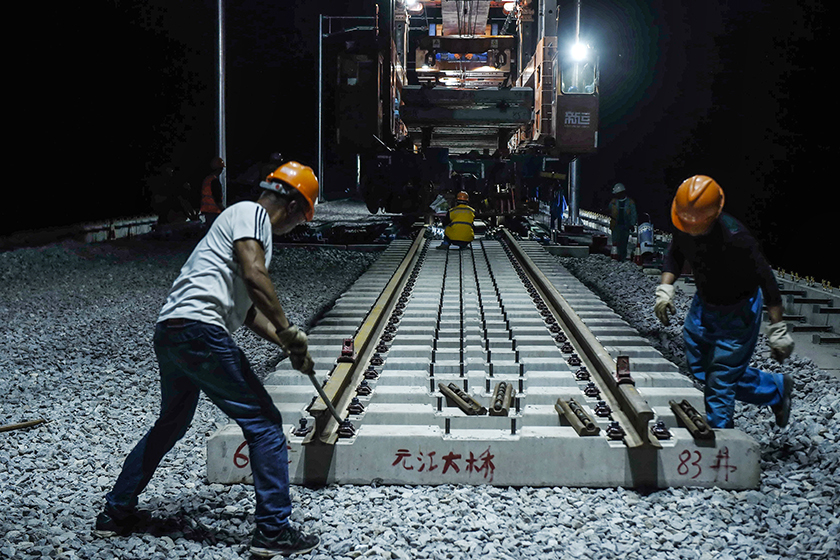 Workers fix tracks on the Yuanjiang Railway Bridge at night in October 2020 in Yuxi. The bridge was completed on Sept. 15. Photo: VCG 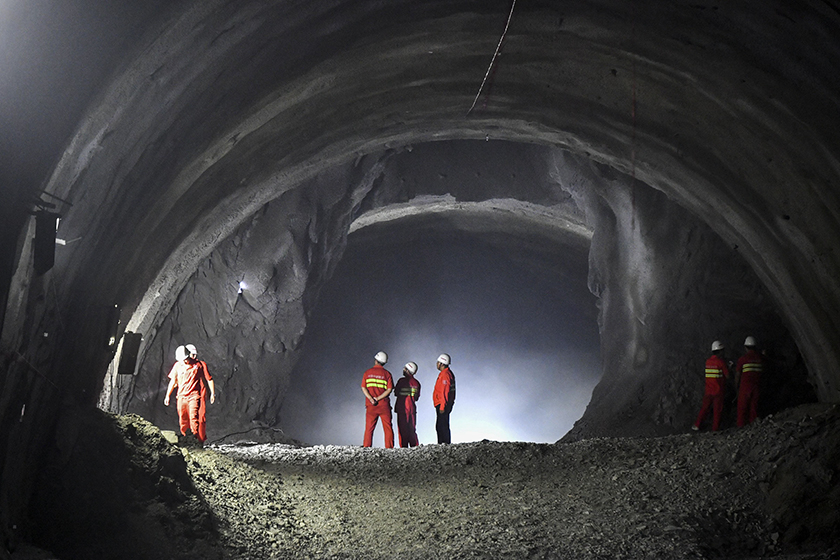 Workers construct a tunnel of the railway in Yuxi in June 2019. A total of 93 tunnels were built for the line’s China section. Photo: China News Service, VCG 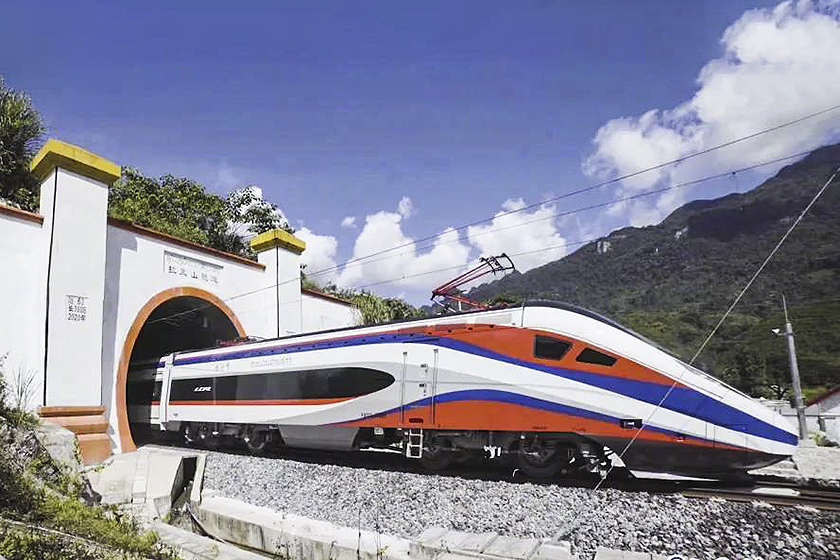 A Lancang train passes through a tunnel on the line. It is the first passenger train that ran on the line and arrived in Vientiane, Laos, on Oct. 16. Photo: Courtesy of China Railway 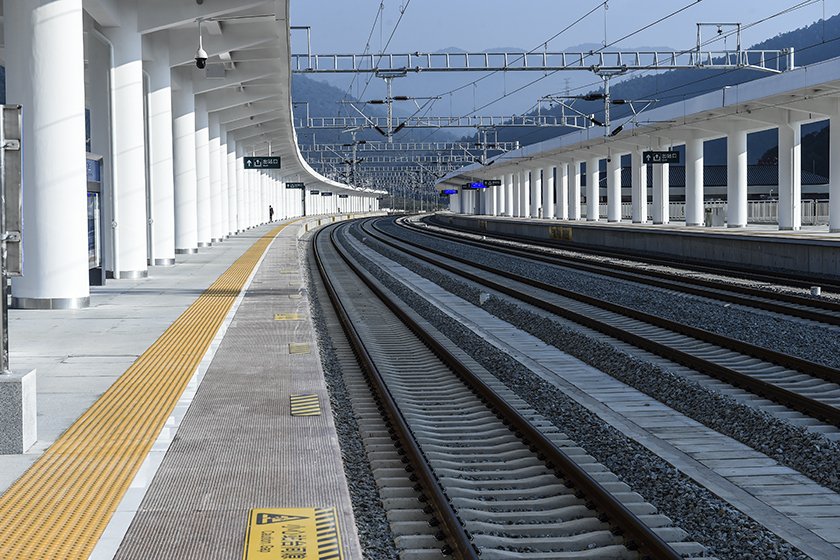 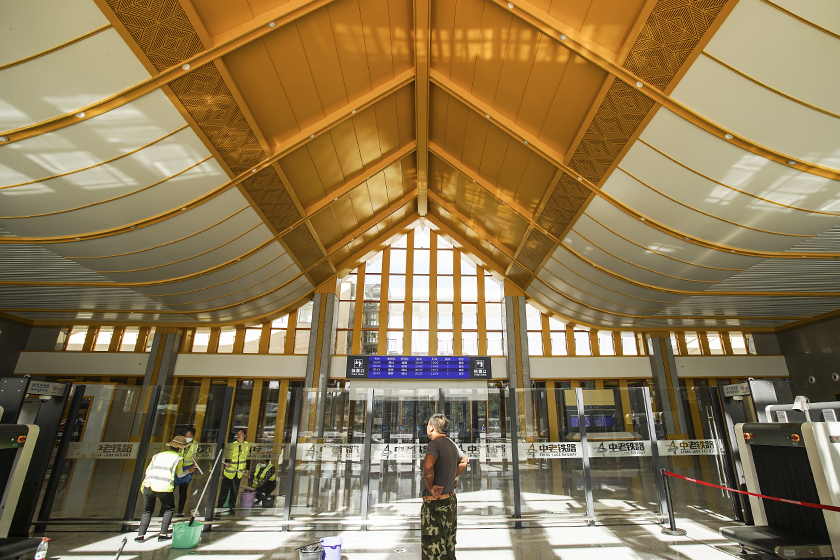 The Mengla Station on the railway, located at the westside of Mengla county in Xishuangbanna, features interior designs that reflect the county’s multi-ethnic culture. Photo: VCG 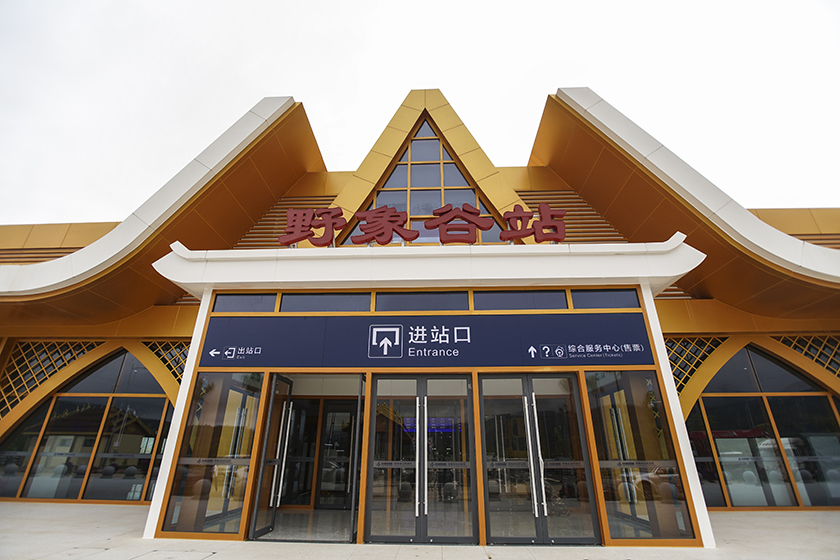 The Wild Elephant Valley Station on the railway in Xishuangbanna, which was named after the Asian Elephant Nature Reserve. Photo: VCG 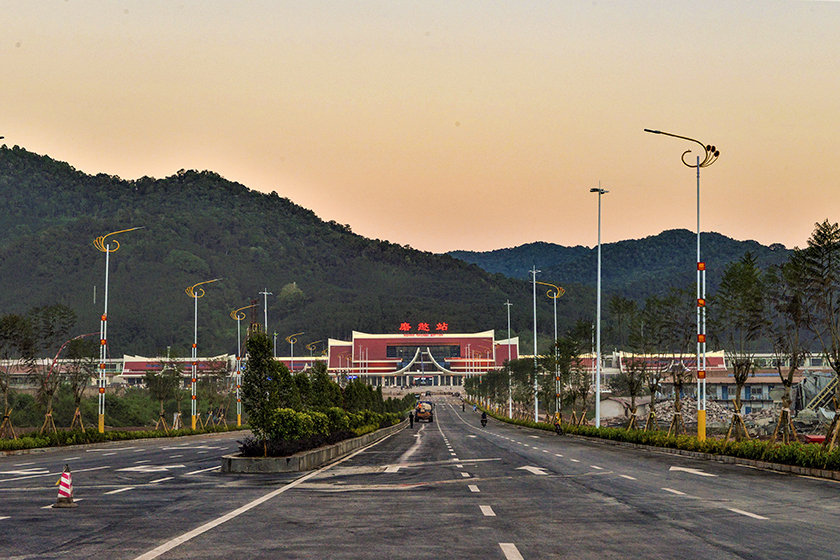 The Mohan Station of Xishuangbanna is the first station on the Chinese side of the border when travelling from Vientiane. Photo: VCG 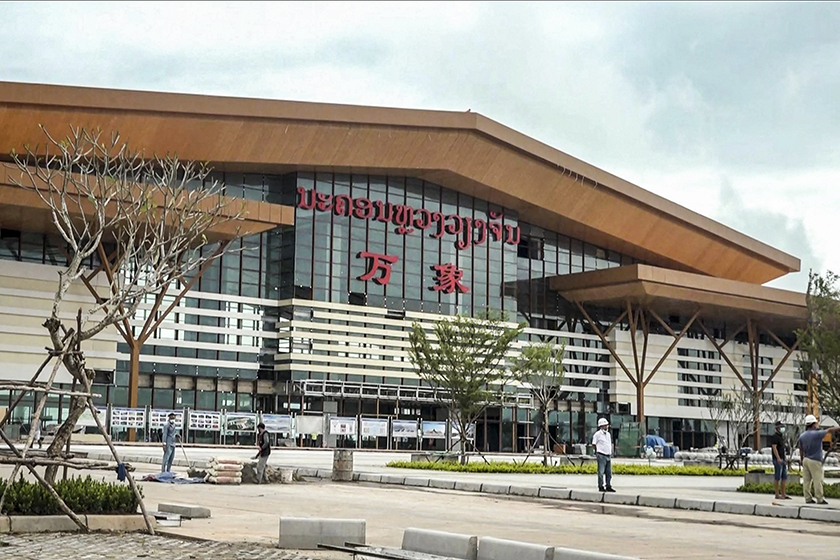 A view of the exterior of the Vientiane Railway Station in Vientiane, Laos. Photo: VCG 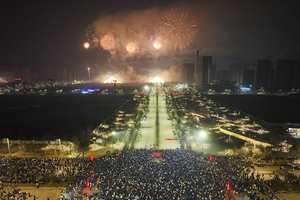 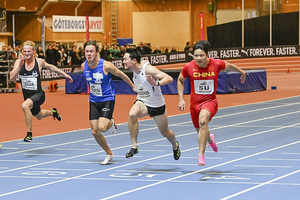