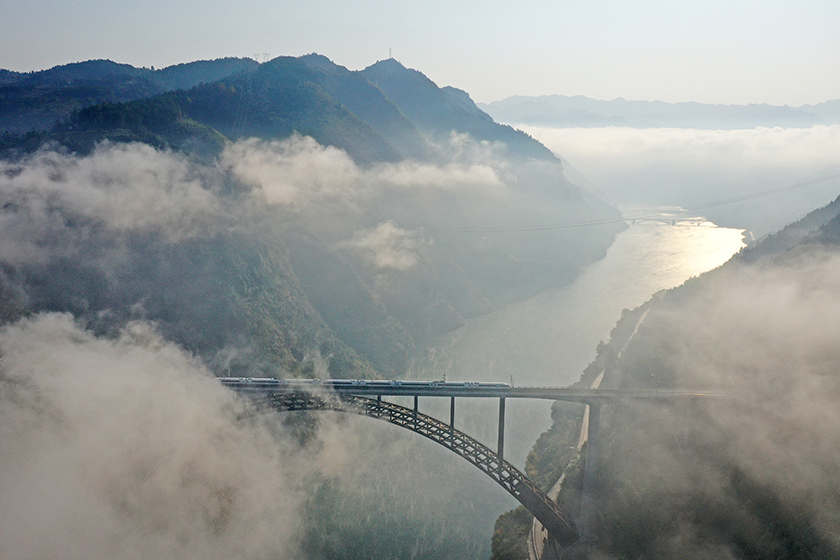 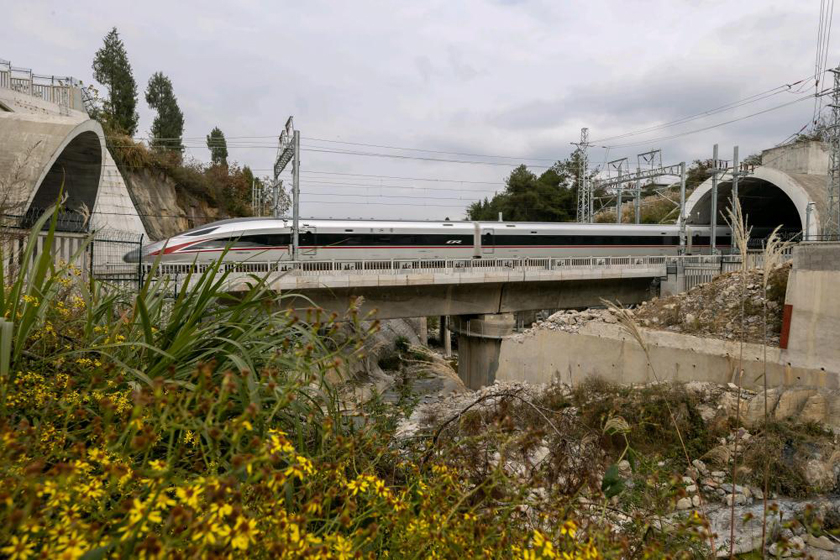 The railway runs through 280 bridges and tunnels, accounting for more than 90% of the whole line. Most stations, tunnels and bridges along the line are built on mountains, cliffs or in fields. Construction started in December 2016. Photo: Xinhua 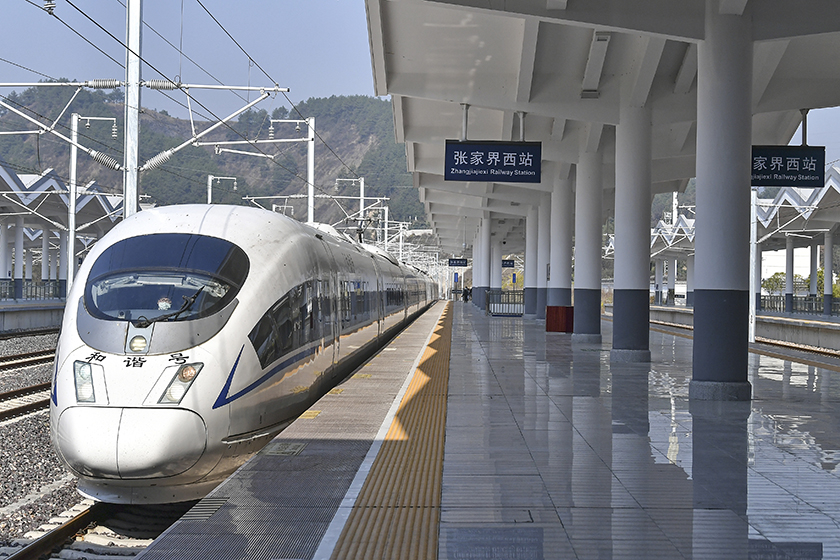 The train stops at the Zhangjiajie West Station on Monday. Photo: VCG 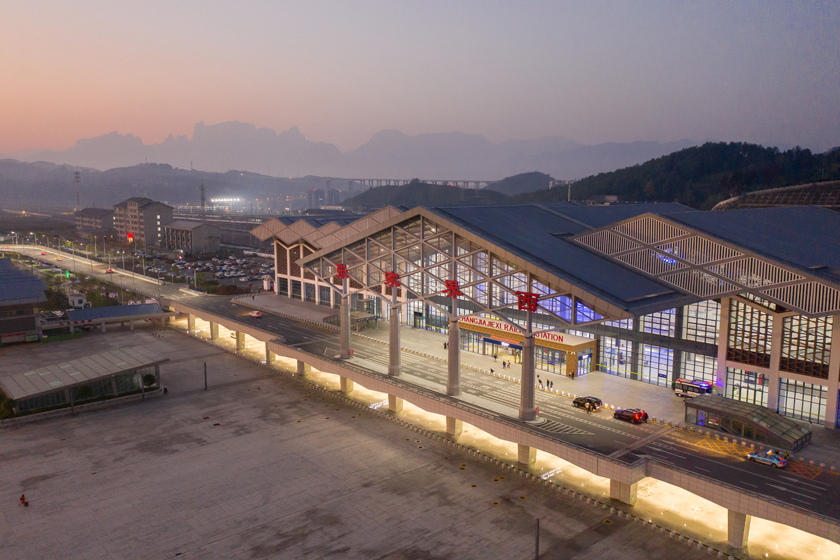 A view of the Zhangjiajie West Station on Nov. 27. Photo: VCG 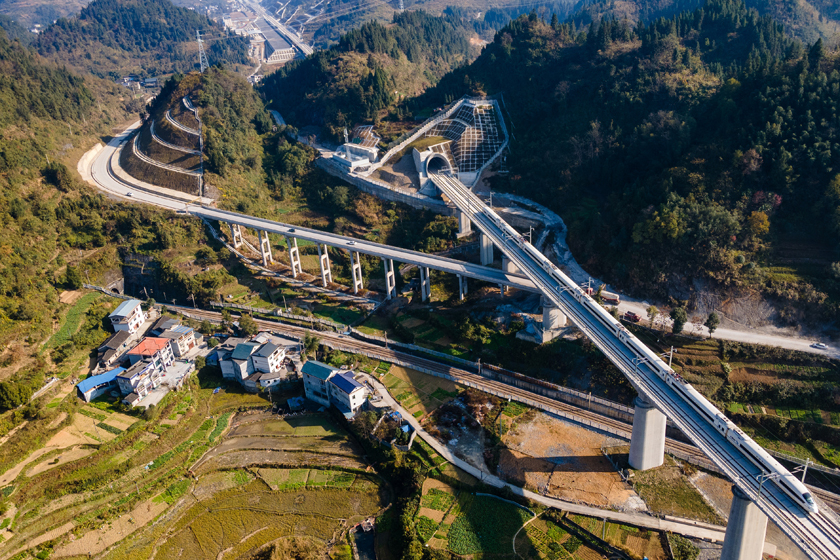 The line starts from the Zhangjiajie West Station and terminates at Huaihua South Station. The 245-kilometer line has seven stations, and connects major cities in the western Hunan region. Photo: VCG 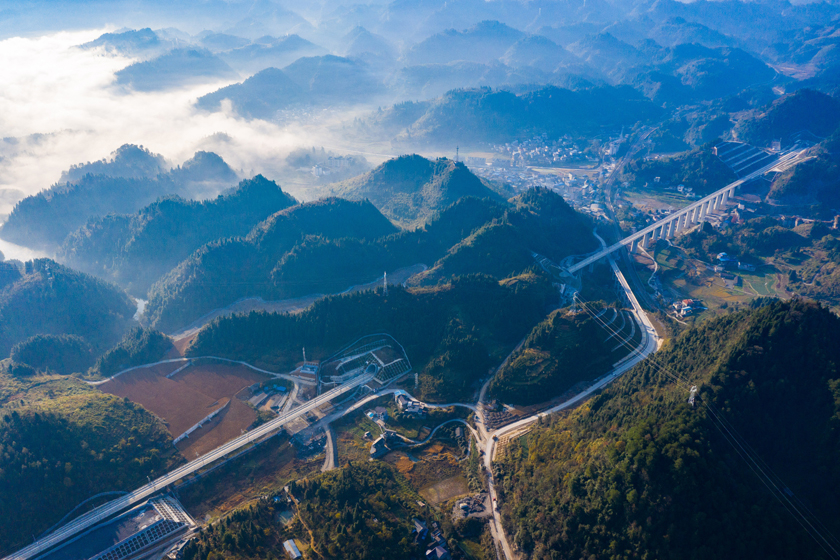 The scenery along a section of the Zhangjihuai high-speed railway in Jishou, Central China’s Hunan province, on Monday. Photo: VCG 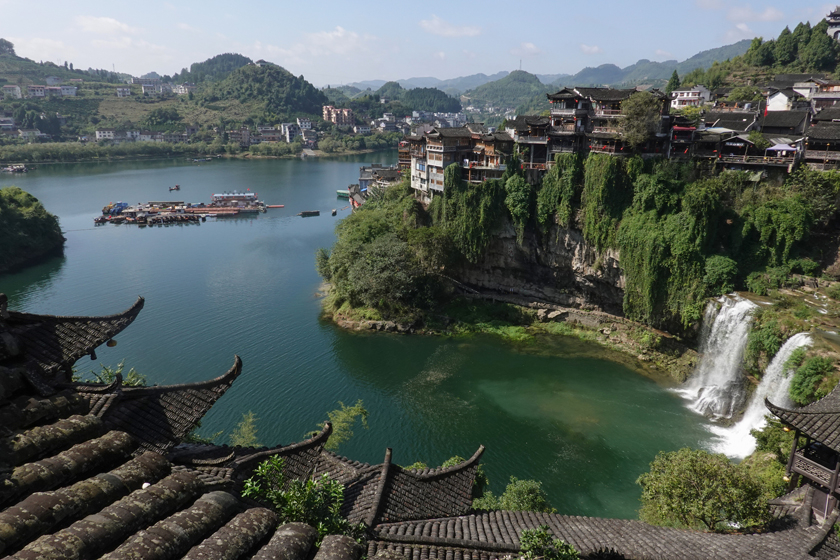 Furong town, a famous tourism spot, is less than 2 kilometers away from the Furong Town Station that the line passes. Photo: VCG 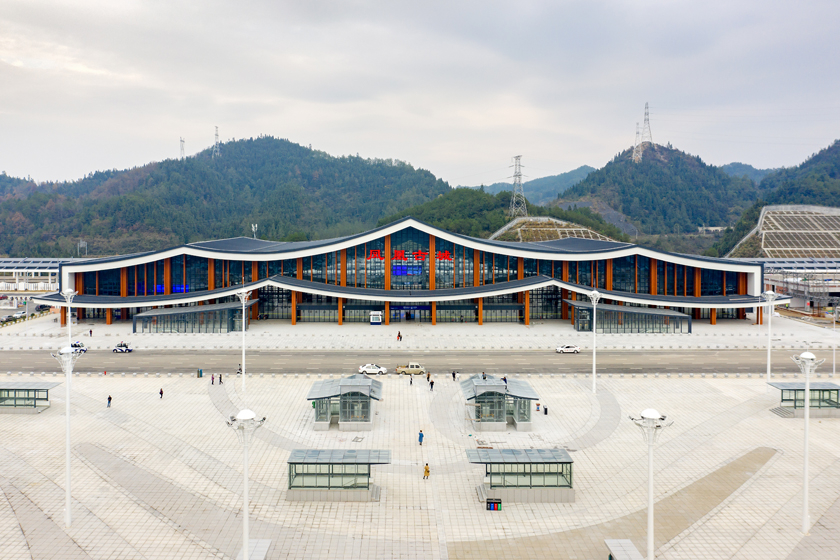 The design of the Fenghuang Ancient City Station the line passes is inspired by local mountains and stilted buildings. The designs of stations along the line incorporate local cultural elements. Photo: VCG 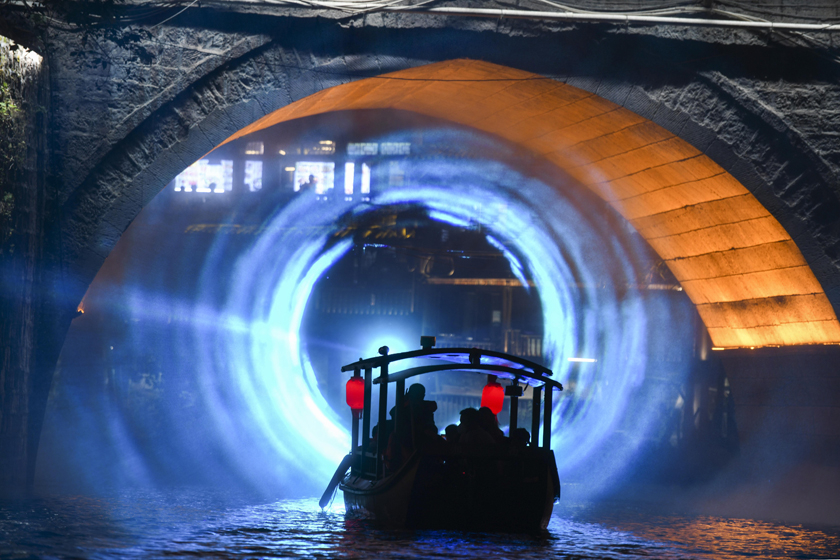 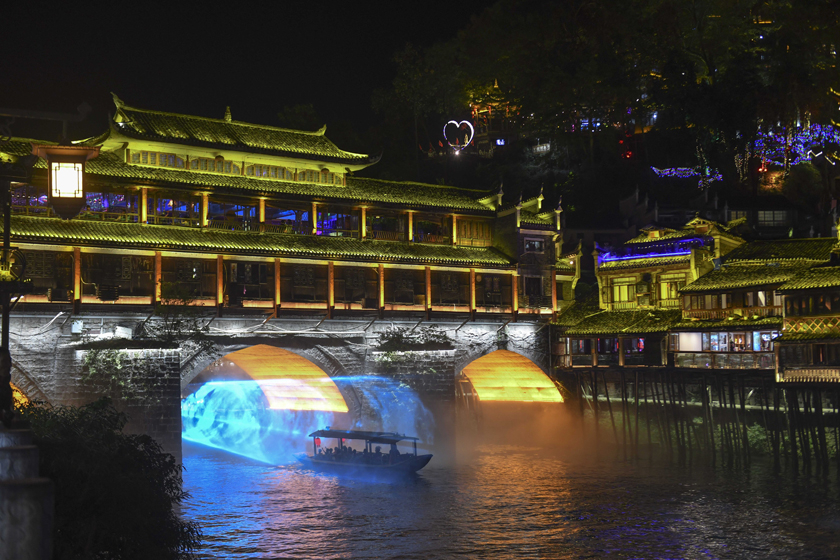 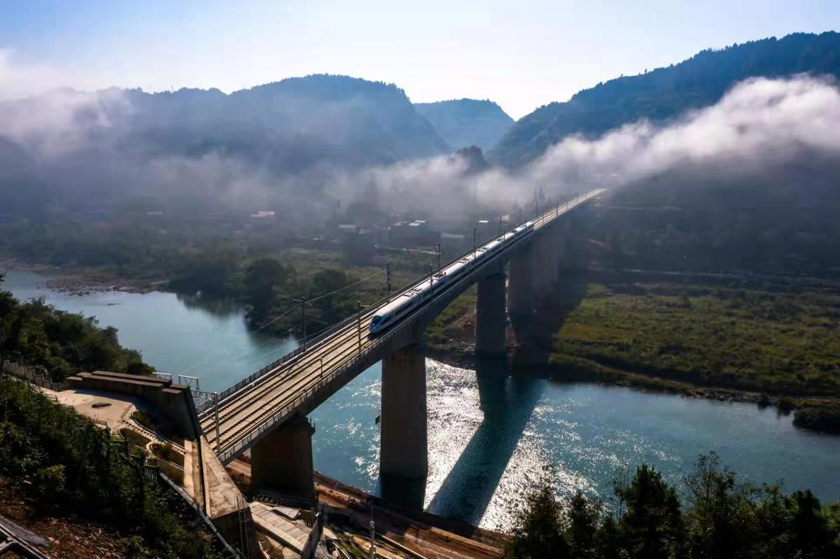 The Zhangjihuai high-speed railway will provide connectivity to villages in the region and promote rural revitalization, according to a government report. Photo: Xinhua 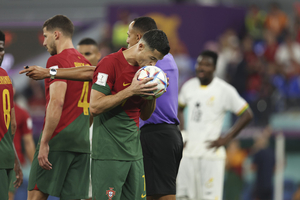 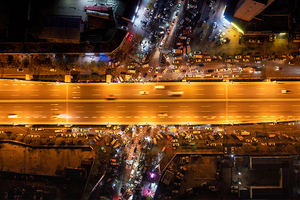 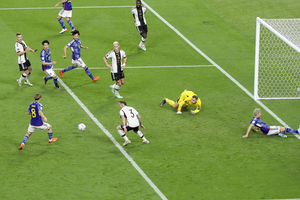 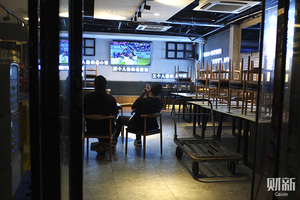 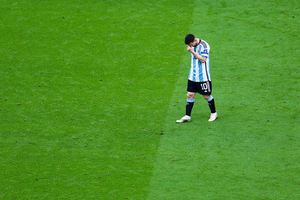 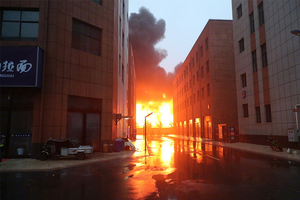