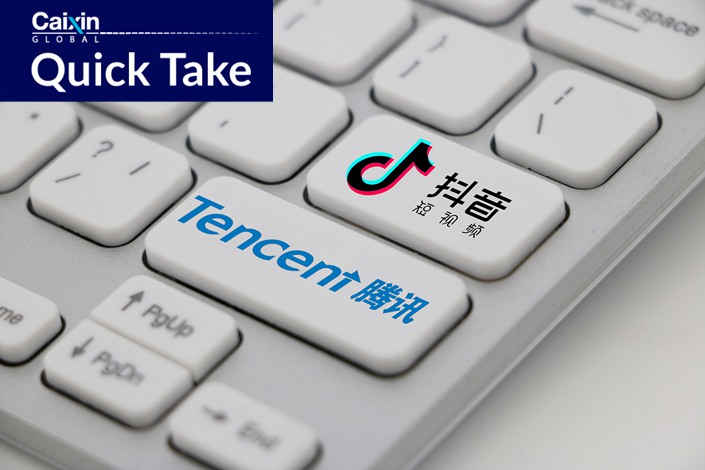 What’s new: The Chinese version of ByteDance Inc.’s short video sensation TikTok may have to pay more than twelvefold the original amount of compensation sought by Tencent Holdings Ltd. for alleged violations of copyright.

In an updated request filed to the Chongqing No. 1 Intermediate People’s Court seen by Caixin on Monday, Tencent sharply increased its damages claim to 800 million yuan ($123 million) from the previous 61.6 million yuan. No reason was given for the adjustment.

The move came six months after the court granted an injunction in favor of Tencent that ordered Douyin to delete all its user-generated content suspected of infringing on the copyrights to animated series “Soul Land,” which airs exclusively on Tencent Video.

Imposing hefty penalties on platforms that infringe on copyrights could be used as a way of forcing them to seek authorization from copyright owners before publishing relevant content, Xiong Qi, a law professor at Huazhong University of Science and Technology, told Caixin.

Earlier this month, the government-affiliated China Netcasting Services Association announced new rules that require short video creators to no longer edit clips from movies and TV shows without prior authorization.

In November, Douyin rival Kuaishou was ordered by a Beijing court to pay Youku Tudou, a video streaming platform owned by Alibaba, compensation of 460,000 yuan for allowing users to upload content from TV romance series “Skate Into Love” without Youku’s consent.