Smart Talks: Solving Smaller Problems Like Littering Can Go a Long Way in Protecting the Planet 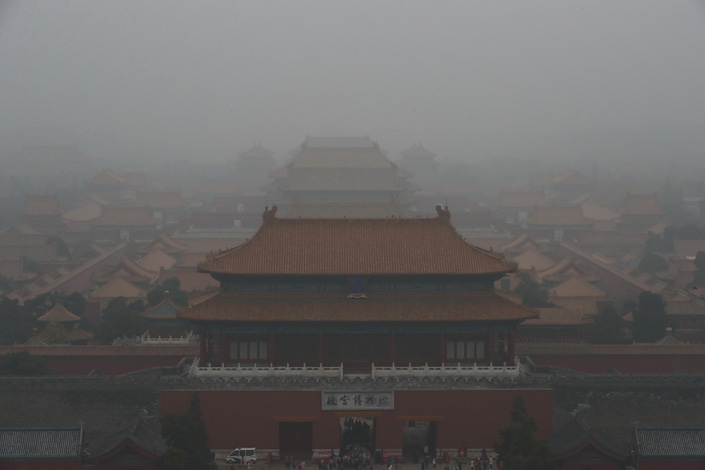 Editor's note: Caixin Global and Yale Center Beijing jointly launched in August a Smart Talks on Climate Change program, including an essay competition, to endow young leaders of the next generation aged 16 to 25 to tackle the problem. We're publishing the top three essays from the winners of the competition as this year's program concluded in November.

What I find most helpful for my physical and mental wellbeing is to venture into forest parks on the outskirts of my city every other weekend. When I’m there and I look up, I see endless stretches of green. When I look down, unfortunately, I see clumps of worn-out plastic, decaying among the flourishing plants. I was so infuriated by this sight that I started a cleanup initiative, taking high school students on trips to pick up litter. However, despite our efforts, cleaning up behind others cannot solve the root of the problem.

To get to the root, we must understand the many motives behind littering. Seldom are people intentionally trying to pollute the environment; it is often out of laziness and ignorance. They may be tired of carrying their trash, or they’re oblivious to the implications of littering. Fair enough. But this laziness and ignorance have long-term consequences.

When we think of climate we think of global sea levels rising, greenhouse gas emissions contaminating our air, and other overwhelmingly big issues. We rarely think of the relatively smaller problem of littering. Tossing an empty can out your car window feels so harmless. After all, it’s just a can compared to the tons of fossil fuels emitted by cars and factories on a daily basis. This type of self-reassurance is particularly dangerous. If all of more than 7 billion of us carelessly toss a can each, that would be 7 billion cans. A single, tiny piece of litter, if left unattended, can degrade over time to release toxic chemicals and microplastics. They then sink into the soil, polluting the nutrient source of nearby plants and inhibiting their growth. If they make their way into a water source, they can cause up to 60% of total water pollution, damaging the freshwater that humans and animals rely on.

If littering is so detrimental to the environment, then why does it still prevail in today’s age? The answer lies in the leniency of the law. There are laws regulating every aspect of society, including littering. However, some laws are enforced more strictly than others, depending on a country’s priorities. Many countries have the necessary anti-littering laws in place, but put little effort into their enforcement. Without effective implementation, it is difficult for citizens to overcome their laziness and comply with the law.

This puts the government under the limelight because they have a responsibility to recognize the threat of “minor” issues, like littering, within the bigger picture of climate change. Take Singapore for instance. Under the Environmental Public Health Act of Singapore, their notorious punishment for littering minor objects is a fine as high as $2,000 for the first offence. For the third or more offence, this fine is quintupled. The authorities ensure this regulation is strictly enforced, and that is the secret to guaranteeing compliance. Of course, applying such harsh pnealties in countries like the U.S. will pose challenges, due to the “mindless” worship of “freedom” and “liberty” by part of the population (as evident in their response to pandemic restrictions).

In addition to penalties, the law must be improved to protect employed cleaners. People will invariably find loopholes, therefore, an alternative way must be found simultaneously. Take for example illegal dumping of the large amounts of waste, particularly bulky construction waste. It is a step up from casual littering but nonetheless an offence of the same nature. Many offenders use vehicles to smuggle their waste into natural areas, where police cannot catch them. Most of these areas have professionals responsible for maintaining cleanliness, but at the moment, they are often poorly equipped. During one of my cleanups, a cleaner approached me, desperately, and offered to buy my trash picker for a high price. I was shocked to discover the government had not supplied them with anything more than gloves. I heard similar complaints from cleaners in other places. This exposed a careless attitude toward the issue of littering that we, as people sharing one planet, cannot afford to have right now. By properly equipping cleaners, we can protect them from the negative health effects of their arduous work. This makes it more plausible for them to actually maintain cleanliness in their respective areas.

These may not sound like game-changing solutions to climate change. No, it does not reduce the amount of consumption that leads to littering in the first place. But yes, it does sow the seed of consciousness which takes time and effort to grow. Climate change is a broad issue encompassing countless minor problems like littering. Addressing climate change as a whole often results in empty, superficial slogans and no practical solutions. By narrowing the focus down to littering, society can tackle one problem at a time, as long as we are consistently making concrete progress.

Du Qinglan is a student at Beijing City International School.