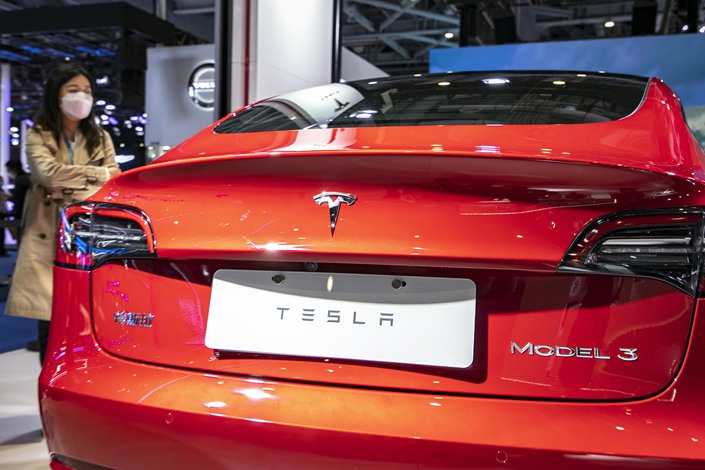 Visitors look at model 3 cars at a Tesla booth during the 4th China International Import Expo in Shanghai on Nov. 8, 2021. Photo: VCG

Tesla Inc. is recalling around 200,000 cars sold in China due to front hood and rear trunk issues that could raise the risk of collisions, a move that came as the U.S. electric carmaker beefs up its investments in the world’s largest auto market.

The recalls involve nearly 20,000 imported Model S sedans manufactured between January 2015 and November 2020, which may have latch problems with their front hoods, according to a notice released on Friday by China’s State Administration for Market Regulation.