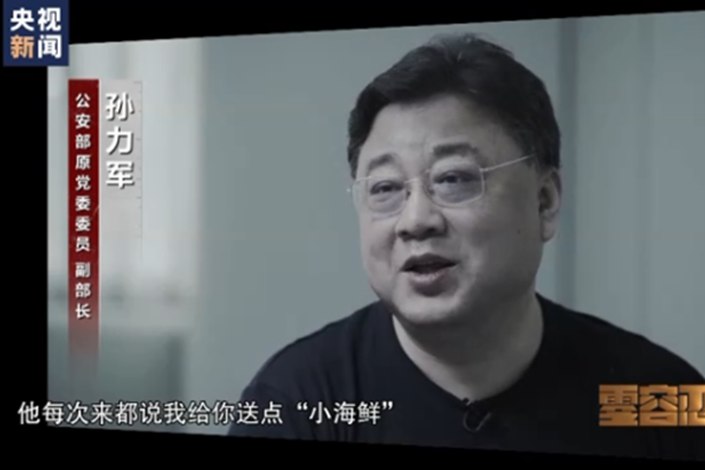 A documentary series produced by China’s top graft watchdog and state broadcaster CCTV has revealed details of the cases of several former high-level officials ensnared for corruption, including a former vice minister of public security who is accused of cultivating a “political clique.”

Sun Lijun, the former vice minister who has been indicted with charges including accepting bribes and illegally holding firearms, is featured in the five-episode series with on-camera confessions. At least four other former high-ranking police officers were in Sun’s faction, including Wang Like, a former senior justice official in East China’s Jiangsu province who was punished last year for corruption.