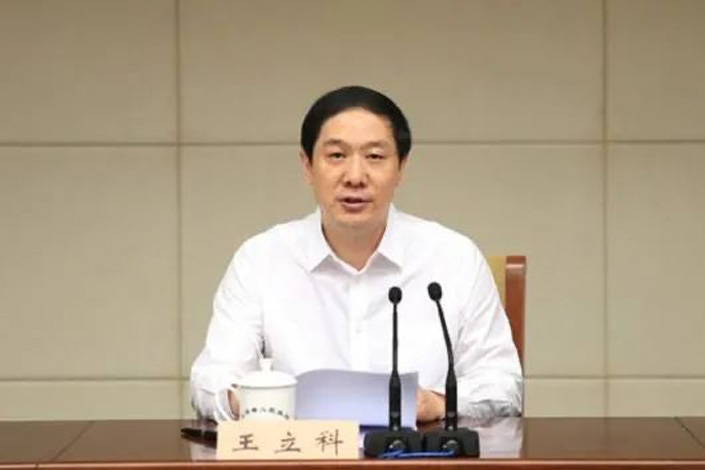 A former senior party official in charge of the justice and law enforcement apparatuses in East China’s Jiangsu province has been removed from public office and expelled from the Communist Party of China (CPC) for disloyalty, bribery and a number of other corruption-related allegations, according to the country’s top graft watchdog.

An investigation found that Wang Like (王立科), former secretary of the politics and legal affairs commission of the CPC’s Jiangsu Provincial Committee, “never really adopted the ideals and beliefs and was never loyal and honest to the party,” according to a Wednesday statement (link in Chinese) issued by the Central Commission for Discipline Inspection and National Supervisory Commission.