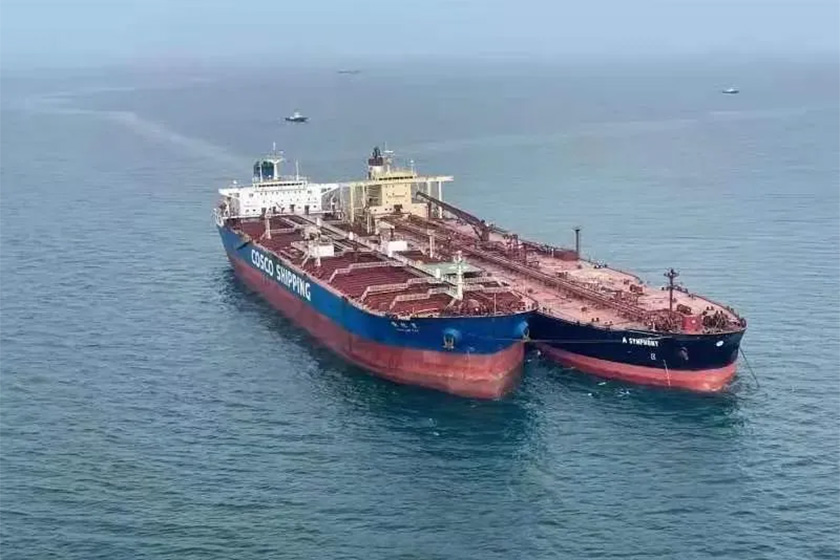 A Liberia-flagged tanker carrying around 1 million barrels of bitumen mix, collided with a Panamanian-flagged bulk carrier last April near Qingdao, spilling about 9,400 tons of oil into the sea. Photo: Maritime Safety Administration

A tanker collision off China’s east coast last April leaked about 9,400 tons of oil into the Yellow Sea and caused economic losses of 6.2 billion yuan ($973 million), according to a government report.

It will take more than 10 years for the fishery in the affected area to recover to the pre-pollution level, said the report published by a department affiliated with China’s Ministry of Transport on Jan. 28.