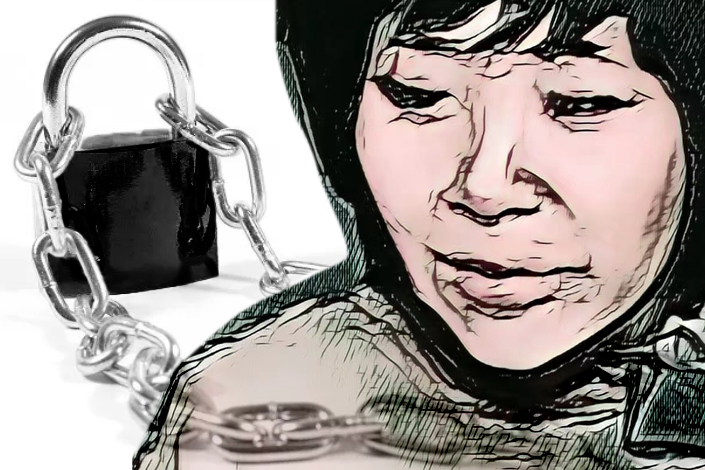 In a video posted on Douyin on Jan. 28, a woman was shown chained to the wall of a hut in a village in Feng county, administered by the city of Xuzhou in East China’s Jiangsu province.

A high-profile case of a shackled mother of eight in East China's Jiangsu province has attracted widespread scrutiny online over the past three weeks, with speculation pouring in on a major unresolved issue: Who really is the woman?

While the local government initially identified the woman as “Xiaohuamei” from Yunnan province, some netizens have disputed this and instead delved into the possibility that the woman could be Li Ying from southwestern Sichuan province who went missing since December 1996. That’s based on a rough comparison of facial characteristics in head portraits.