Wang Shuo: How Putin Is Taking Slices of the West’s Sausage in Ukraine 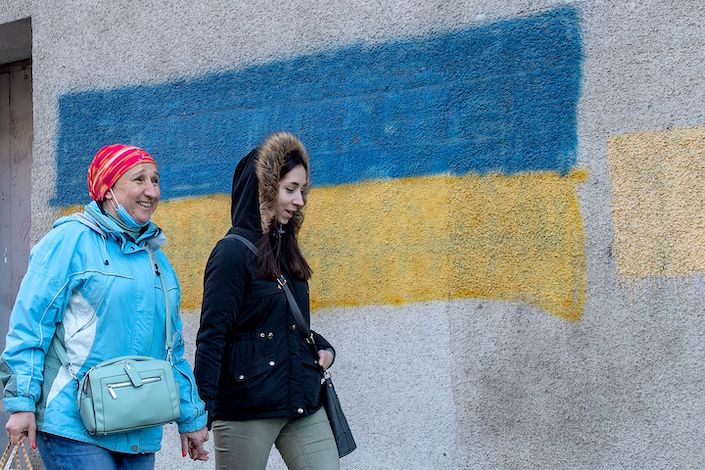 Two women walk past a Ukrainian fag painted on a wall in the center of the second largest Ukrainian city of Kharkiv, located some 40 km from the Ukrainian-Russian border on February 21, 2022

Tensions between Russia and Ukraine are quickly building up, and the course of the situation is still unfolding. But the situation in Ukraine has always wobbled toward escalation, making the prospects worrisome.

That’s what the tactic of sausage slicing looks like.

Before taking actions Monday, Russian President Vladimir Putin gave a televised speech from the Kremlin, reciting a long history of grievances in the region. But the West looks at the matter in a different way. It only reminded them of the Munich Agreement reached before World War II, when Britain and France made concessions for Germany to seize the “Sudeten German territory” of Czechoslovakia. The outcome is well known.