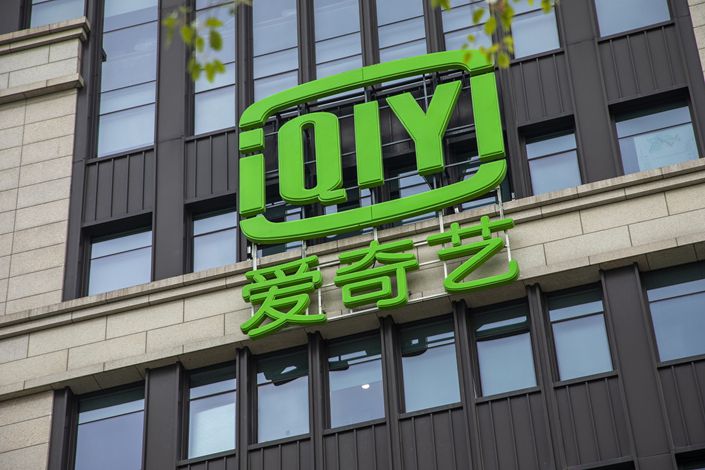 Aside from ongoing data compliance and antitrust scrutiny of China’s internet industry, iQiyi has been vulnerable to a political campaign against fan cultures. Photo: VCG

Shares of iQiyi Inc. surged by almost 40% on Tuesday after the video streaming platform offered a sunnier outlook for the coming quarter in its latest earnings report.

The Nasdaq-listed firm gave back about half of those gains over the course of the day, closing 21.5% higher at $5.03 a share.

It came as the firm’s CEO Gong Yu talked up the financial prospects of its subscription model amid China’s improving copyright protection environment and increased use of screens in smart-cars. Administrative costs are also expected to drop in the first quarter after widespread layoffs in December.

In the three months through December, iQiyi’s quarterly losses swelled to 1.8 billion yuan ($278.7 million) from 1.5 billion yuan in the comparable previous period, according to the release, which also included earnings for the full year of 2021.

Full-year losses also shrunk to 6.2 billion yuan from 7 billion yuan in 2020, which could explain investor enthusiasm after a year of carnage for Chinese tech firms.

Aside from ongoing data compliance and antitrust scrutiny of China’s internet industry, iQiyi has been vulnerable to a political campaign against fan cultures.

The firm was dragged over the coals in May after a promotion which involved QR codes on dairy products led to people showing their fan devotion by videoing themselves pouring yogurt down drains. That rubbed up against a top-level campaign against food waste.

A bright spot for the Baidu-backed company was revenue from memberships, which was up 7% in the fourth quarter and accounted for about half of total revenue, compared with a 23% share for online advertising. That was despite a drop in daily subscribers to 97 million from 104.7 million in the previous quarter and 102.7 million in the same period of 2020.

At the end of 2021, iQiyi took action to stem losses by laying off 20% of its workforce on average across departments, with firings running as high as 40% for the least profitable divisions, several company employees told Caixin at the time.

Severance payouts partially offset the firm’s savings on administrative costs in the fourth quarter, which were down 17% year-on-year to 1.1 billion yuan, according to the release. The firm said it had also curbed spending on marketing and share-based compensation.

Meanwhile, content costs declined by 5% to 4.9 billion yuan, as it tried to make its content production and other operations more efficient.

In December, iQiyi raised its prices for some subscription services as it sought to turn a profit. “Our goal is to reach non-GAAP operating break-even for the full year of 2022,” CEO Gong Yu said in a statement Tuesday.