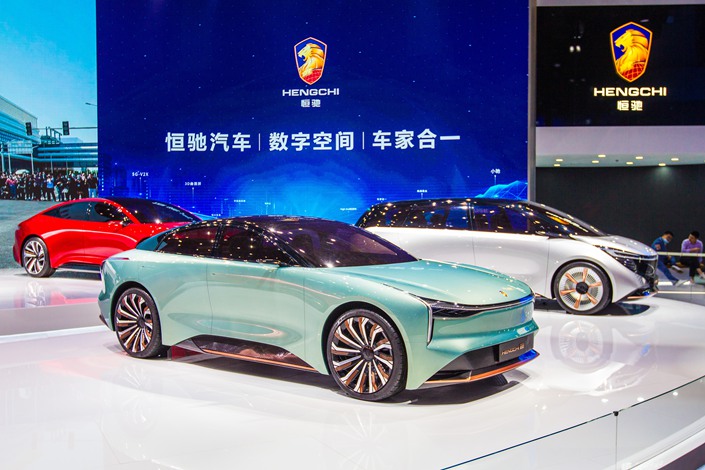 The huge developer that now finds itself under a crushing debt load had intended for electric vehicles to become a medium- to long-term revenue source. A subsidiary set up to handle the venture turned out its first mass-produced vehicle in January despite not having received regulatory approval for the model.