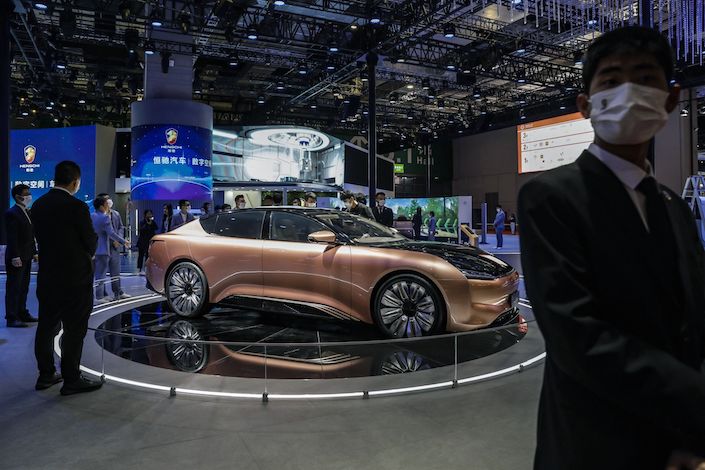 Evergrande NEV reported cash burn of around $130 million in the first six months of the year and a $742 million loss.

(Bloomberg) — China Evergrande Group’s electric-car unit plans to raise HK$500 million ($64 million) in a share sale, which the company said it will use to put its long-delayed vehicles into production.

The stock was priced at HK$2.86 apiece, a 20% discount to Tuesday’s closing price, China Evergrande New Energy Vehicle Group Ltd. said Wednesday in a statement. That’s way off the record high of HK$72.25 the stock reached in February before a sell-off as the unit’s parent battled to stave off collapse.

At its peak, Evergrande NEV was one of the most valuable assets in Evergrande founder Hui Ka Yan’s empire and a potential source of funds to prop up the property developer.

But as recently as September, Evergrande NEV warned of a serious shortage of funds, saying it suspended paying some of its operating expenses and some suppliers stopped work, stoking concern it wouldn’t be able to start mass production of its long-awaited electric vehicles.

Raising $64 million is unlikely to make much of an impact considering that Evergrande NEV reported cash burn of around $130 million in the first six months of the year and a $742 million loss. The group’s Hong Kong-traded shares closed Wednesday up 0.8% at HK$3.60.

Two models of Evergrande NEV’s Hengchi vehicles were included in a list of new vehicles submitted for public feedback, according to a post on China’s Ministry of Industry and Information Technology website Tuesday, suggesting the vehicles may be nearing production.