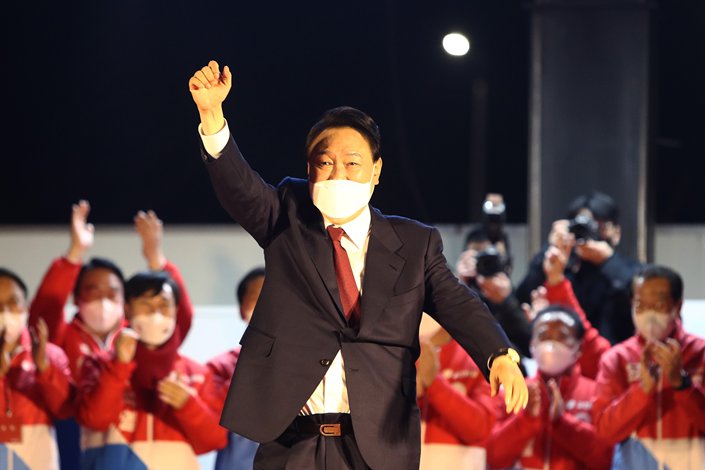 South Korea’s President-elect Yoon Suk-yeol may adopt a hardline approach towards China by aligning further with the U.S. over regional security concerns, according to experts interviewed by Caixin.

Yoon, a conservative former top prosecutor, was elected South Korea’s next president on Thursday, defeating his liberal rival Lee Jae-myung by less than one percentage point, a record narrow margin. Yoon’s victory returns the conservatives to power after five years, and may represent a shift from the country’s “ambiguous” foreign policies toward China under the outgoing president, Moon Jae-in.