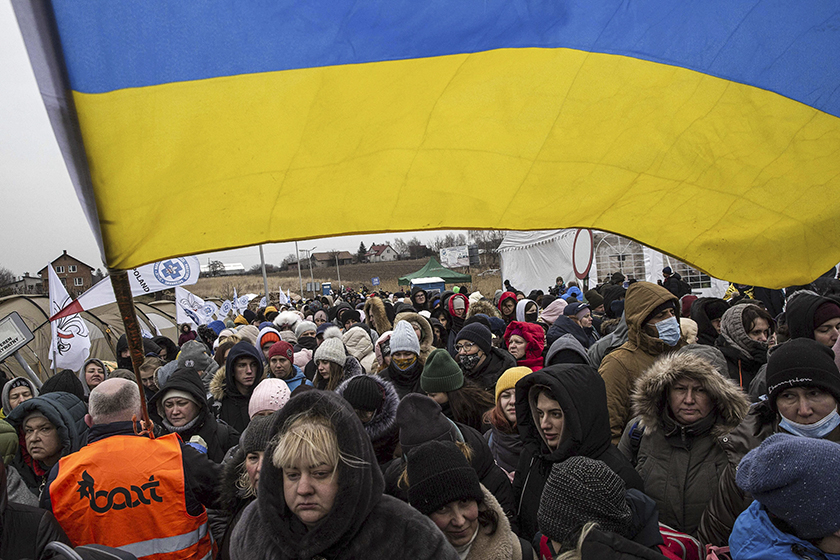 A volunteer holding a Ukrainian flag directs refugees Monday at the border crossing in Medyka, Poland. A tracker provided by the U.N.’s refugee agency shows that more than 2 million people have fled Ukraine since Russia attacked the country. Photo: VCG 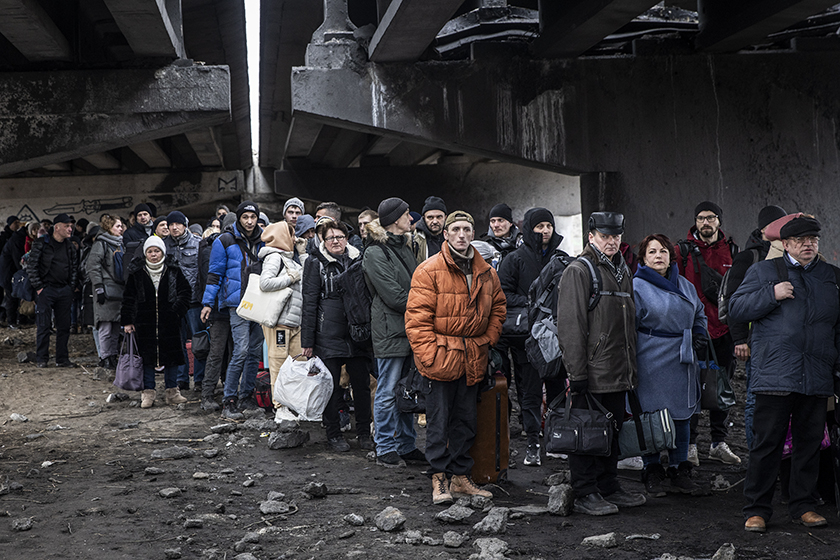 Residents of the city of Irpin northwest of Kyiv wait Monday to cross a river under a destroyed bridge. Photo: VCG 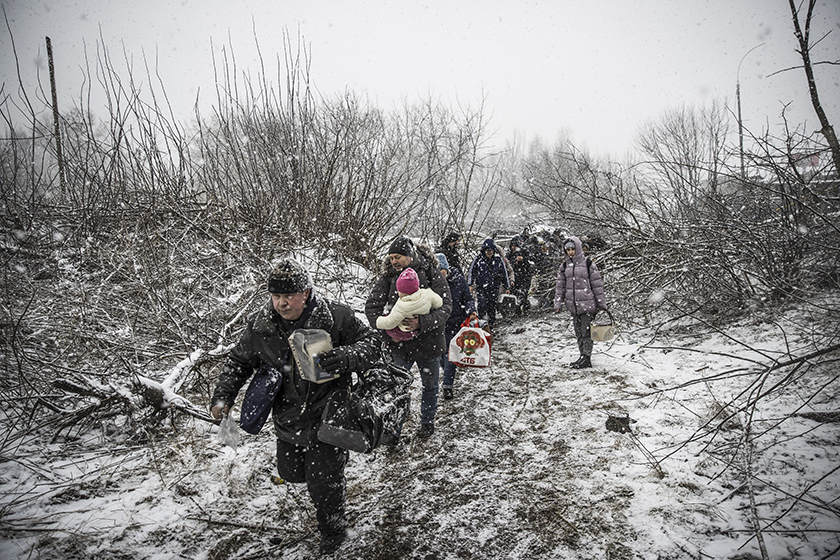 Civilians flee from Irpin in the snow Tuesday. Photo: VCG 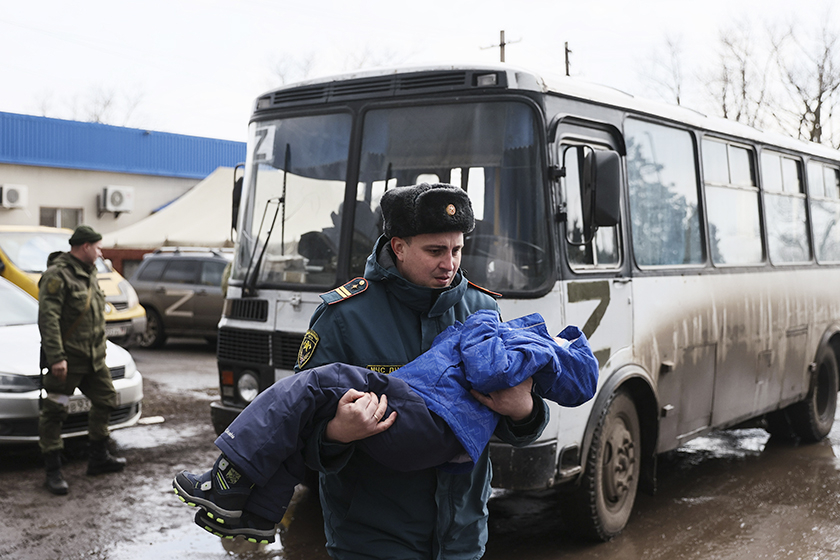 An emergency worker carries a child Tuesday who fled Mariupol outside a relief center in the village of Bezymennoye, Ukraine. Photo: VCG 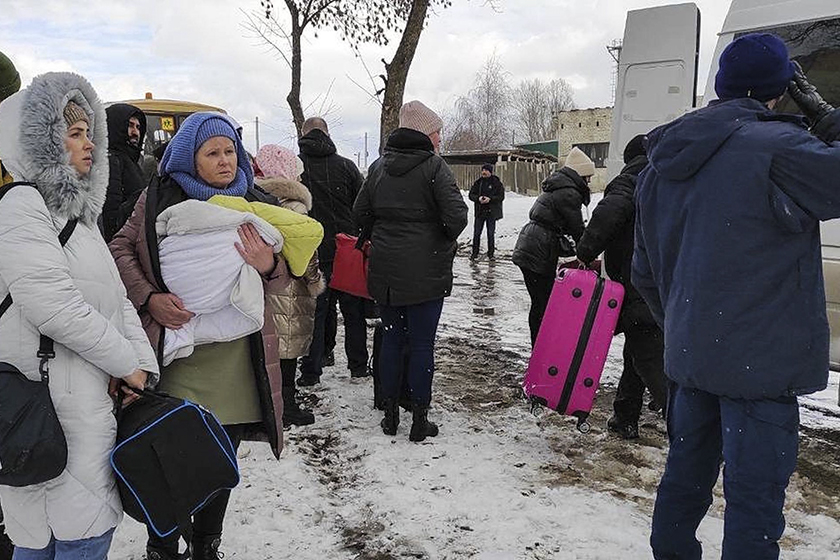 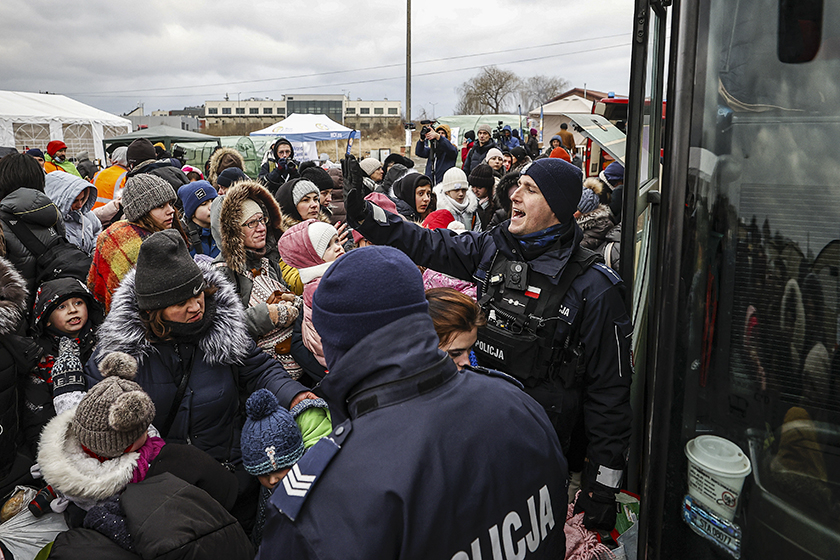 Ukrainian refugees wait to take a bus after arriving at the border crossing in Medyka. Photo: VCG 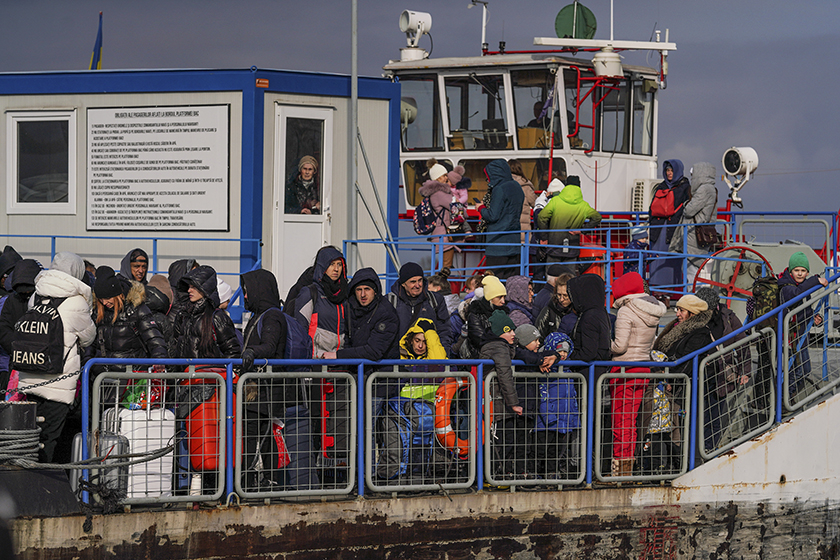 Refugees on a ferry arrive Monday at a border crossing in Isaccea, Romania. Photo: VCG 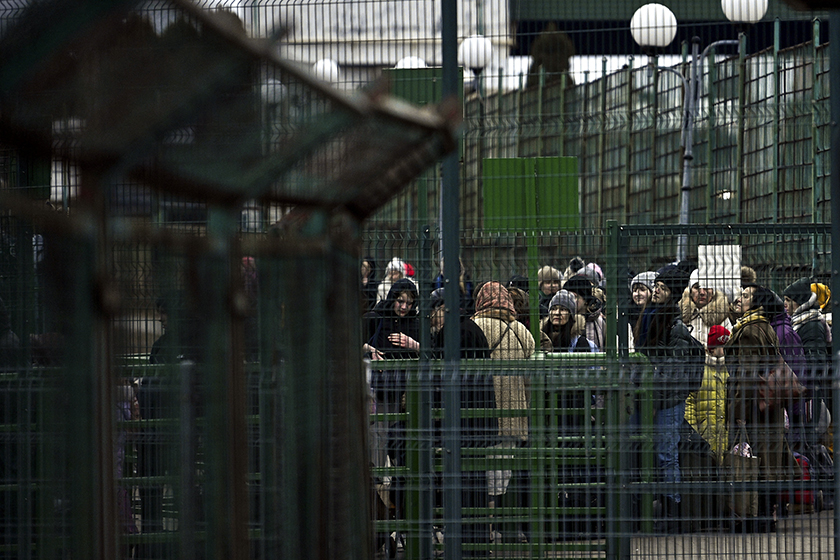 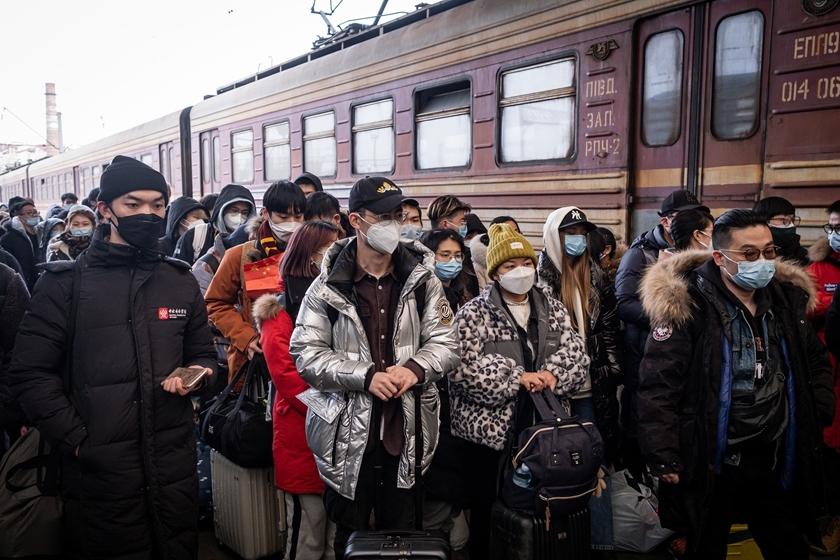 The last of 115 Chinese students who had been stranded in Sumy arrived at the main train station in Lviv, Ukraine, on Wednesday. With that group, China had completed transporting more than 6,000 Chinese nationals in Ukraine to safety. Photo: VCG 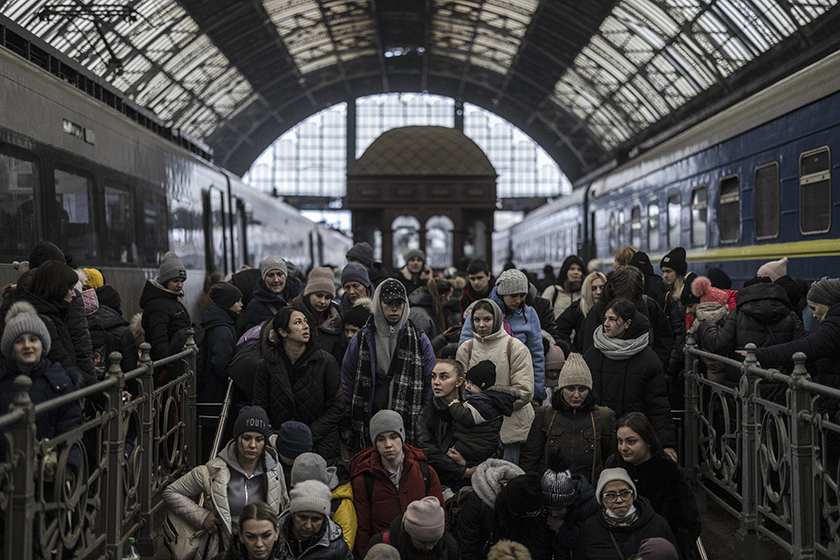 Families make their way through the main train terminal in Lviv, on their way out of the country Saturday. Photo: VCG 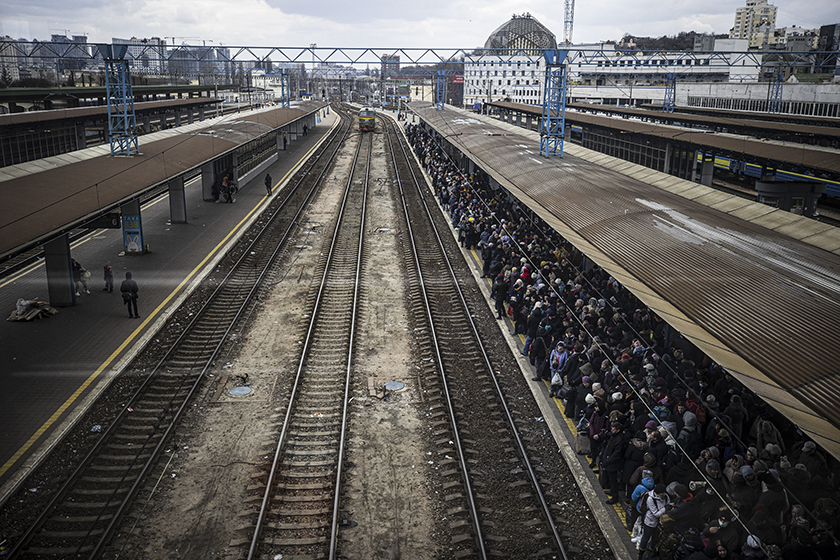 People crowd a train station in Kyiv on Monday as they seek to leave the city. Photo: VCG