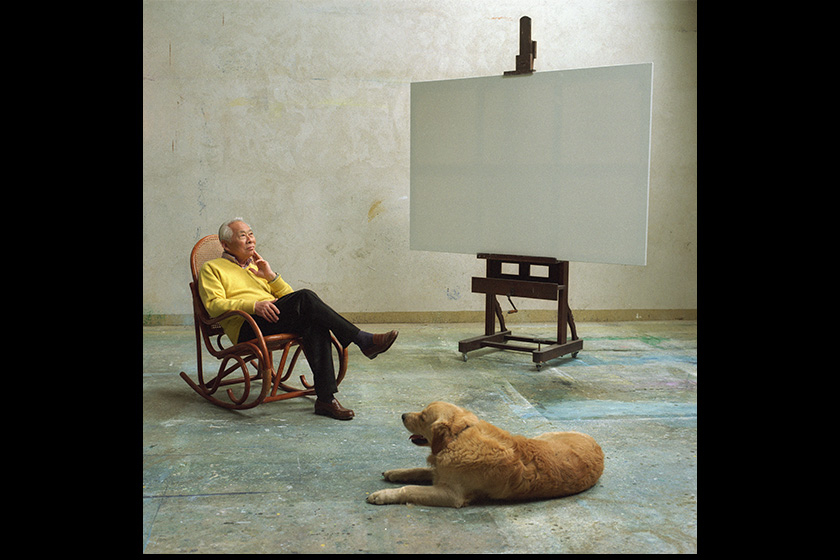 Chinese-French contemporary painter Zao Wou-Ki, who synthesized tenets of Western modernism and traditional Chinese painting, is seen as one of the most successful Chinese painters of the 20th century. Photo: VCG 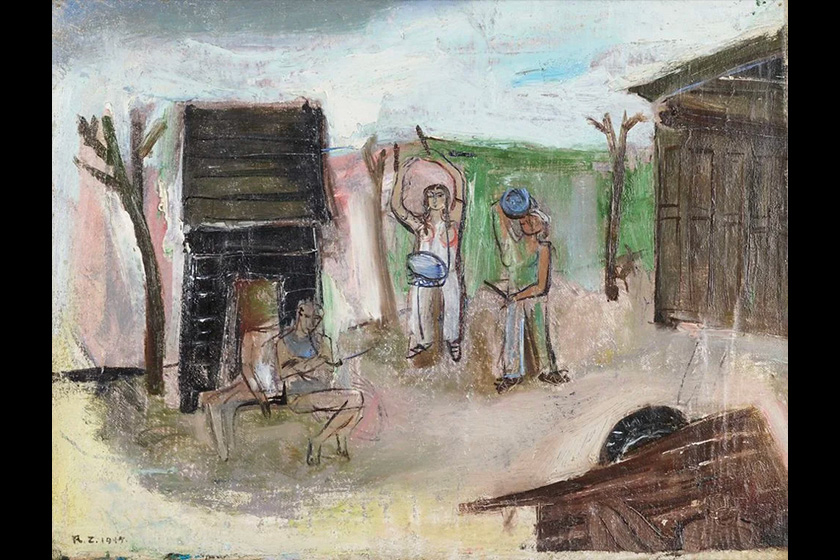 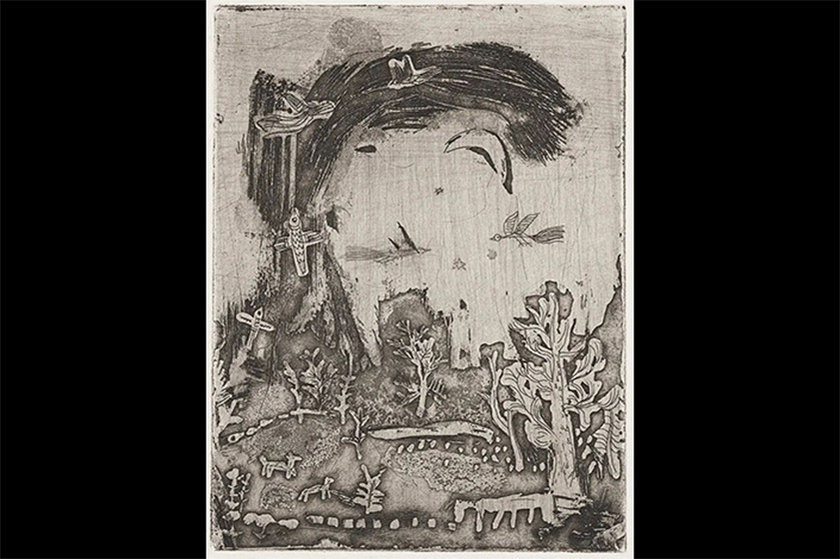 Rural Idyll, lithography, 32.7×25.2cm, by Zao Wou-Ki in 1950, donated to the M+ Museum by Sin-May Roy Zao. The artist discovered lithography in collaboration with the printer Desjobert in 1949. Photo: Zheng Letian and Liang Yucong/M+ Museum 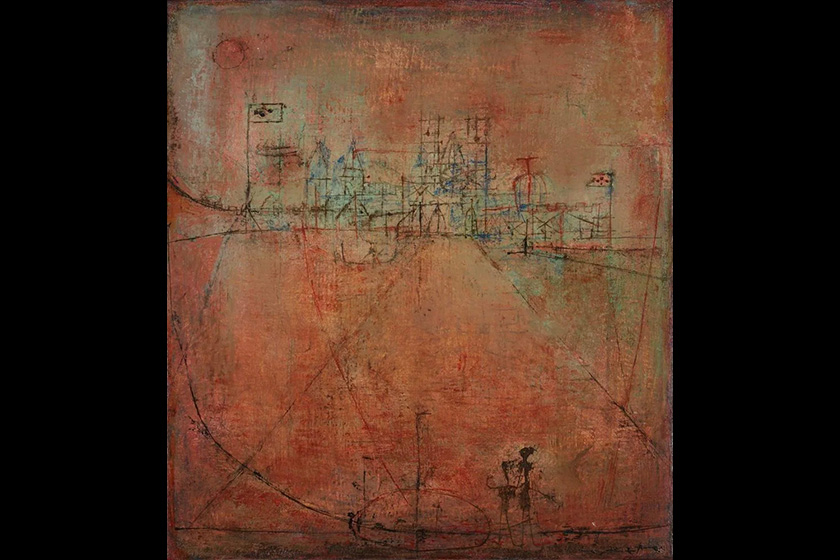 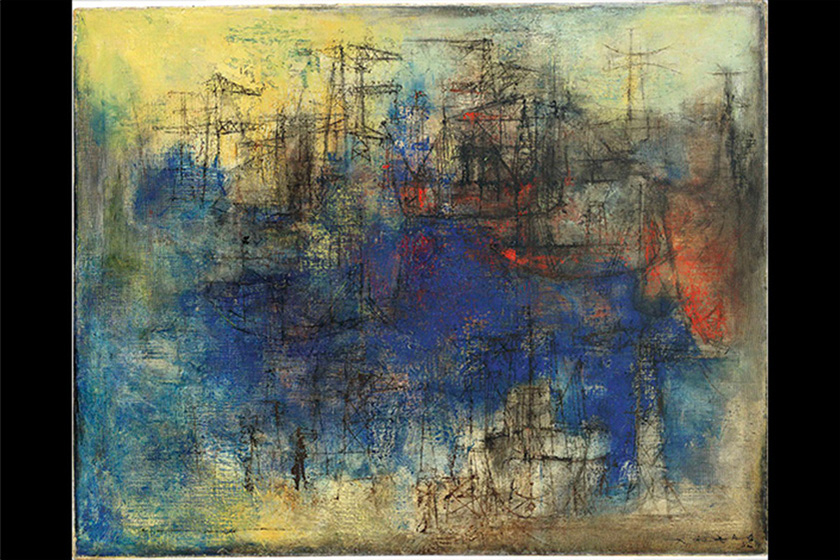 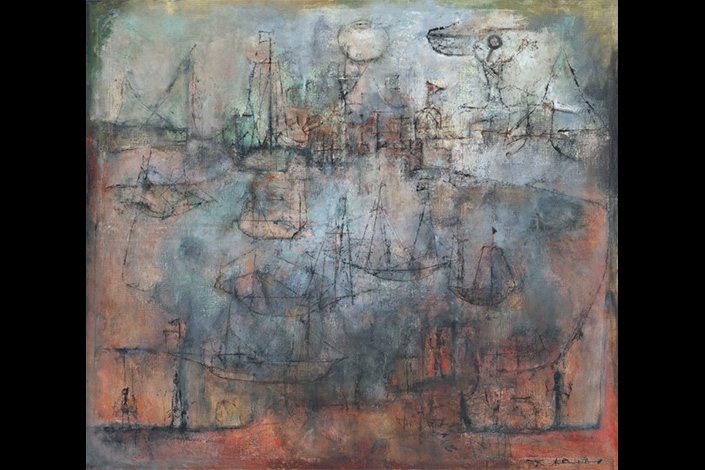 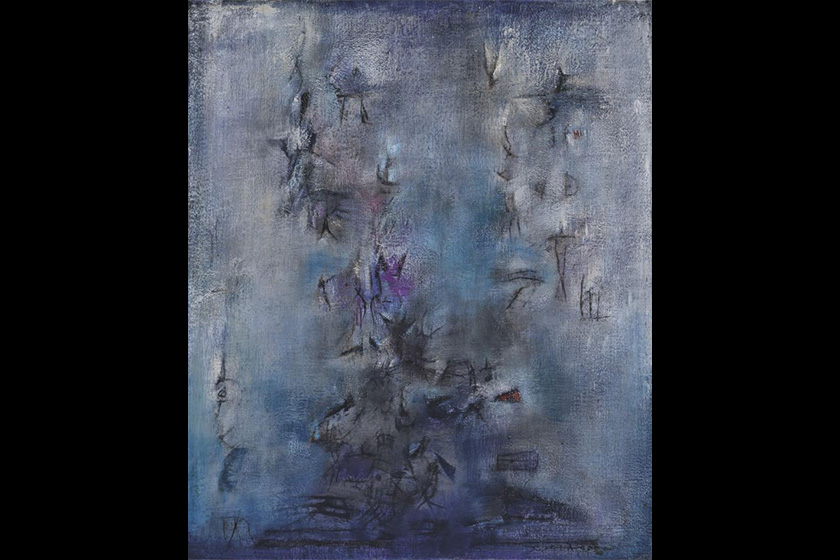 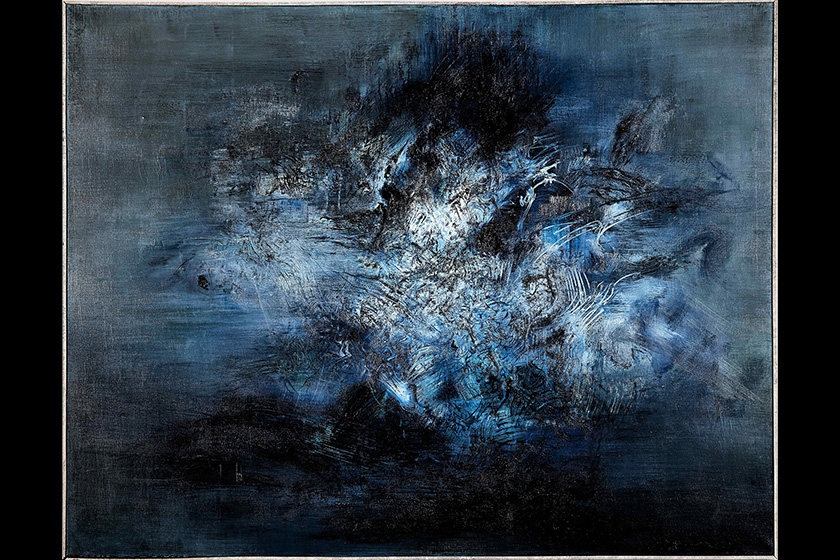 19.11.59, oil on canvas, by Zao Wou-Ki in 1959. This artwork marks the beginning of Zao’s period of wild cursive calligraphy. Zao often titled his works with their date of completion since 1959. Photo: Courtesy of Sotheby’s 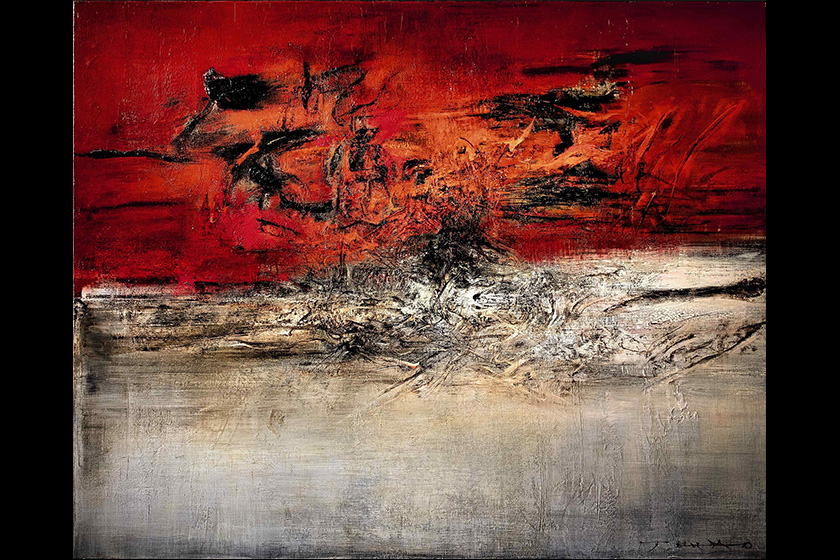 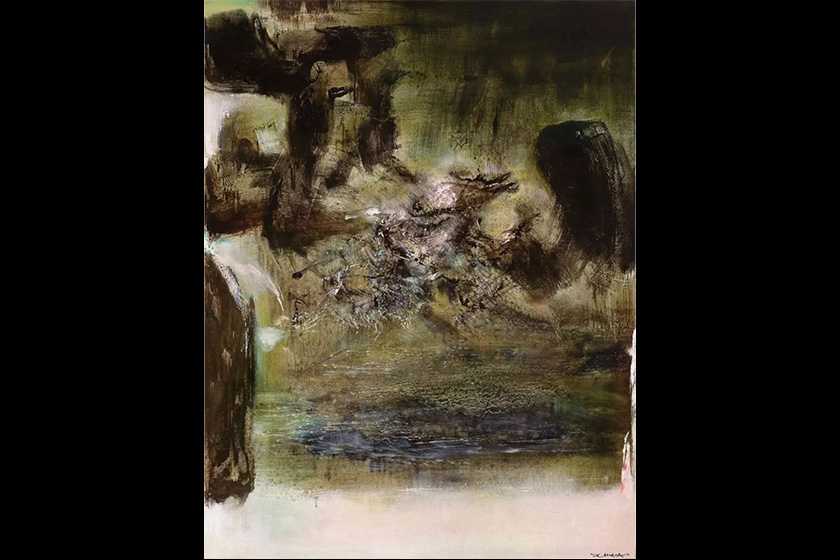 10.05.76, oil on canvas, 116×89 cm, by Zao Wou-Ki in 1976. Zao returned to China in 1972 to visit family, after 24 years in Paris. He excelled at combining Western painting techniques and Chinese traditional landscape painting skills in his work. Photo: Courtesy of Christie’s 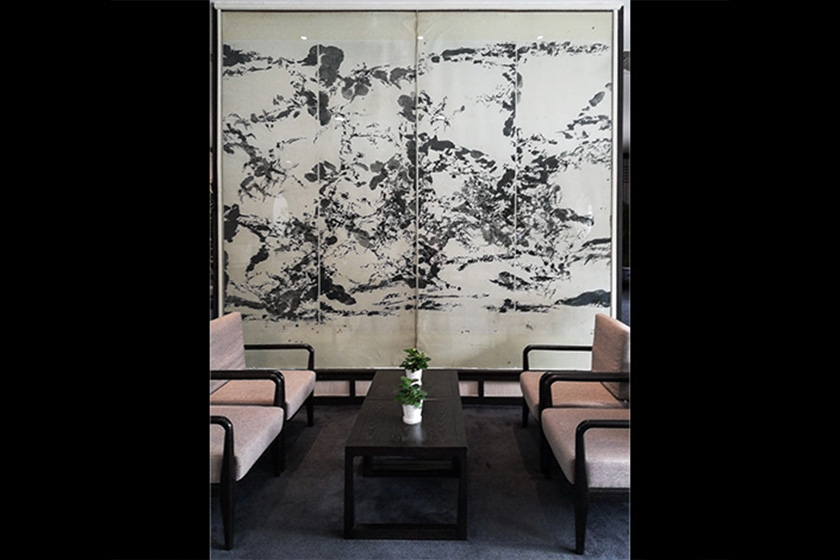 Zao was invited to paint interiors at the Fragrant Hills Hotel in Beijing, designed by Chinese-American architect Ieoh Ming Pei, in 1979. Photo: VCG 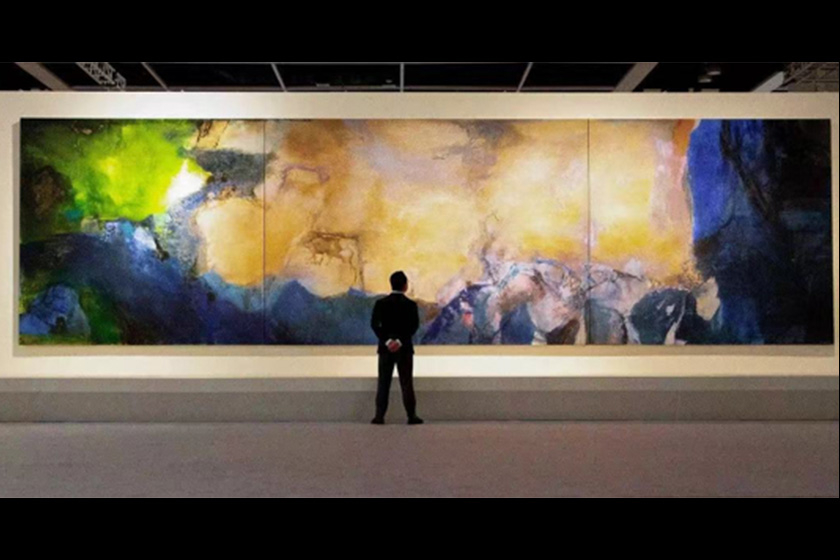 Zao is one of the best-selling painters of his generation. His 33-foot-long artwork “June-October 1985” sold for $65 million in 2018, becoming the most expensive artwork ever to go under the hammer at Sotherby’s in Hong Kong, according to a report by CNN. Photo: Courtesy of Sotherby’s 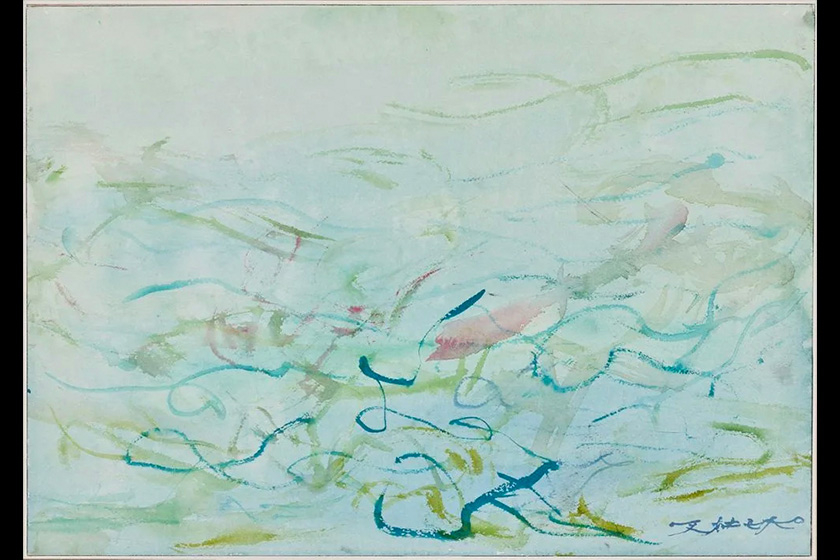 Untitled, watercolor on paper, 36.6 x 51.8 cm, by Zao Wou-Ki in 2005, donated to the M+ Museum by Sin-May Roy Zao. Born in 1920 in Beijing, Zao Wou-Ki showed an early aptitude for calligraphy and was accepted to the prestigious Hangzhou School of Fine Arts at 15, where he studied under the French-educated Chinese painter Lin Fengmian. Zao died in 2013. Photo: Zheng Letian and Liang Yucong/M+ Museum 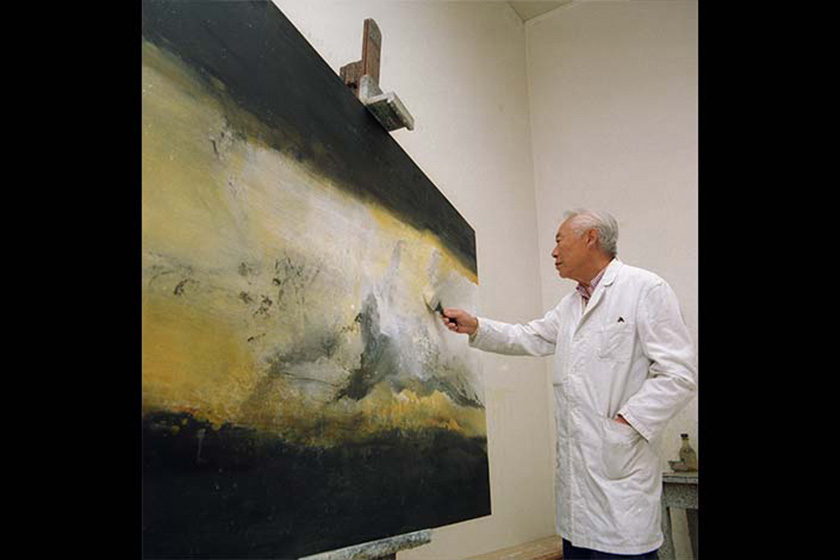 Zao was elected to the prestigious French Academy of Fine Arts in 2002 in Paris and received the Legion of Honor in 2006 from former French President Jacques Chirac. Photo: VCG 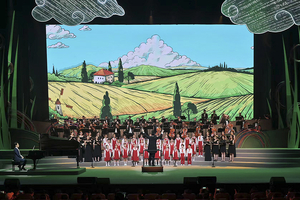