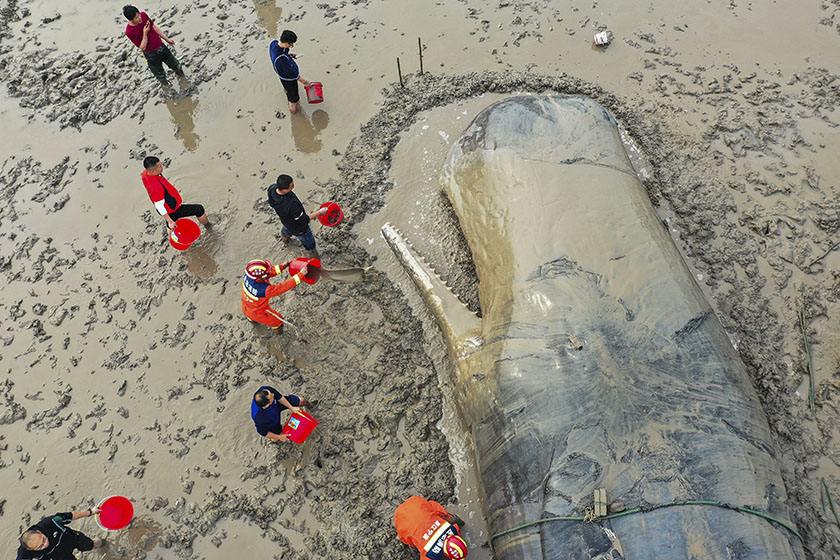 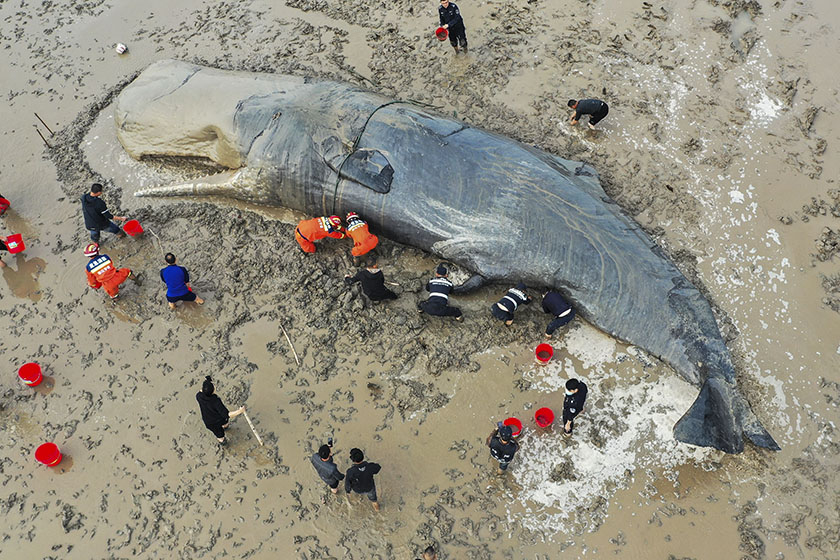 Rescuers try to keep the beached whale wet Tuesday. The whale returned to the sea Wednesday morning after a 20-hour operation. Photo: VCG 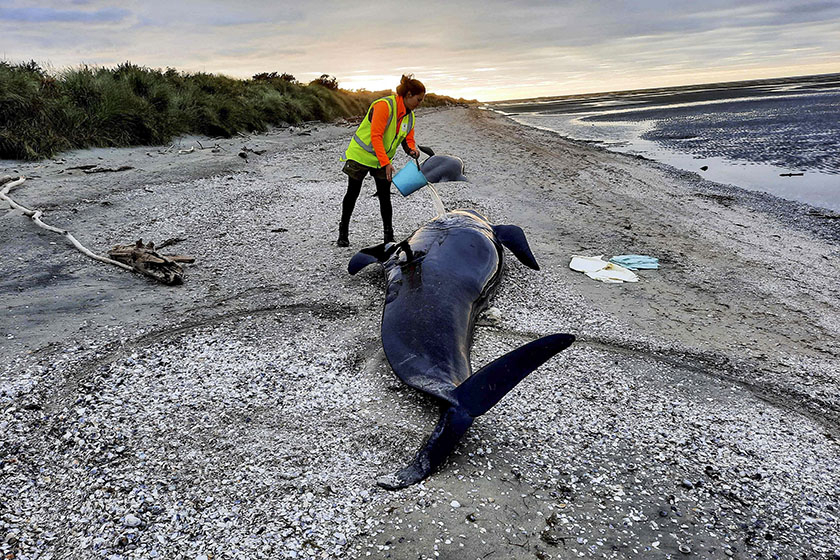 A park ranger splashes water on a stranded whale to keep the animal hydrated at Farewell Spit in New Zealand’s South Island on March 18. Photo: VCG 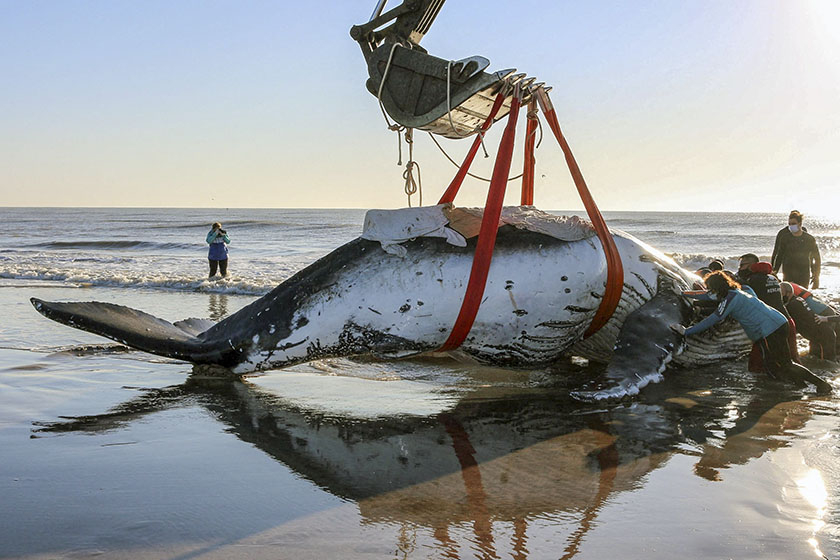 Rescuers help a stranded humpback whale with an excavator on the shore of the Argentine Sea in Buenos Aires, Argentina, in October 2021. Photo: VCG 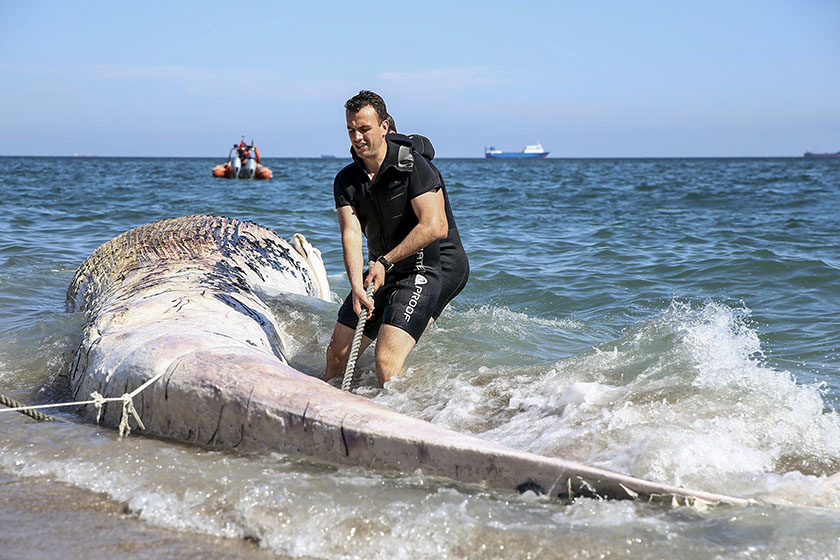 A rescuer moves a stranded whale measuring 14 meters back to the sea in Mersin, Turkey, in May 2021. Photo: VCG 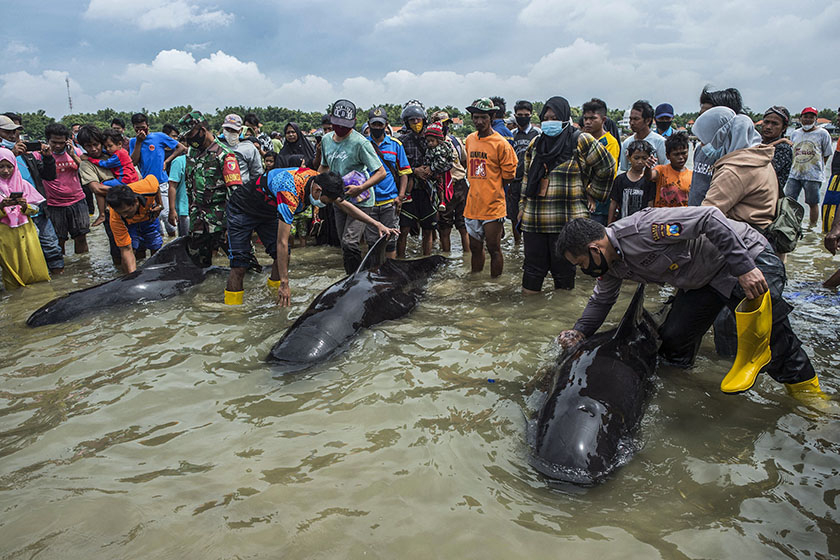 People try to save short-finned pilot whales on a beach in Bangkalan, Madura Island in Indonesia, in February 2021. Some 49 pilot whales were found dead after a mass stranding. Photo: VCG 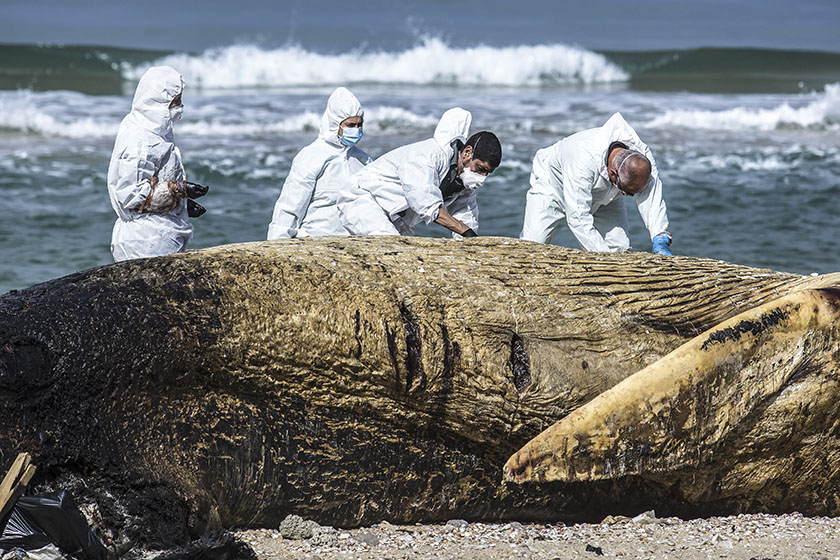 Scientists examine the body of a dead fin whale that washed up from the Mediterranean Sea in Nitzanim, Israel, in February 2021. Veterinarians found black liquid in the whale’s lungs during an autopsy, indicated a potential link to oil spills along the Israeli coastline. Photo: VCG 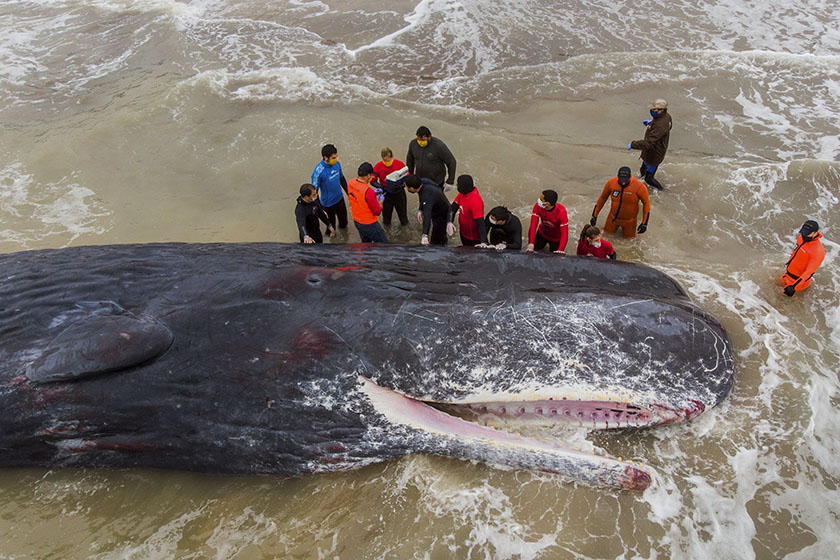 People try to rescue a stranded whale from the sand in Santa Clara del Mar, Argentina, in August 2020. The whale died despite rescue efforts. Photo: VCG 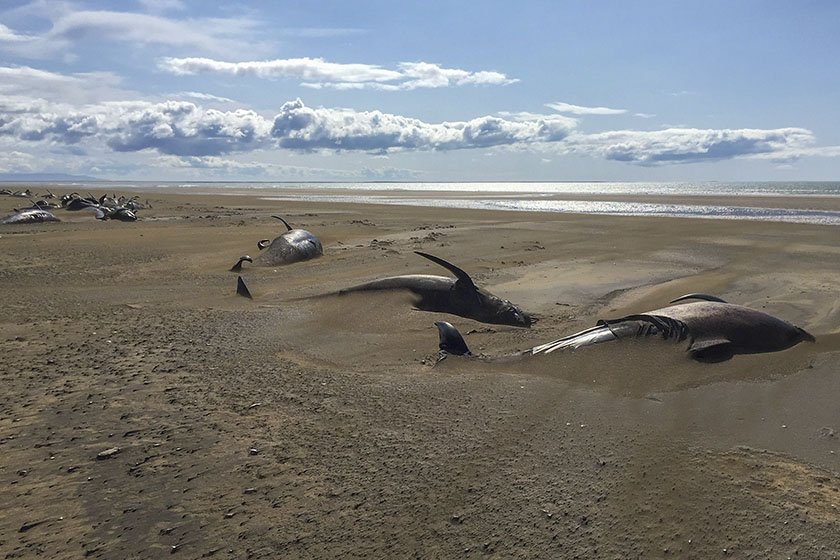 About 50 pilot whales are stranded on the Longufjorur beach in the Snaefellsnes peninsula area in northwestern Iceland in July 2019. Photo: VCG 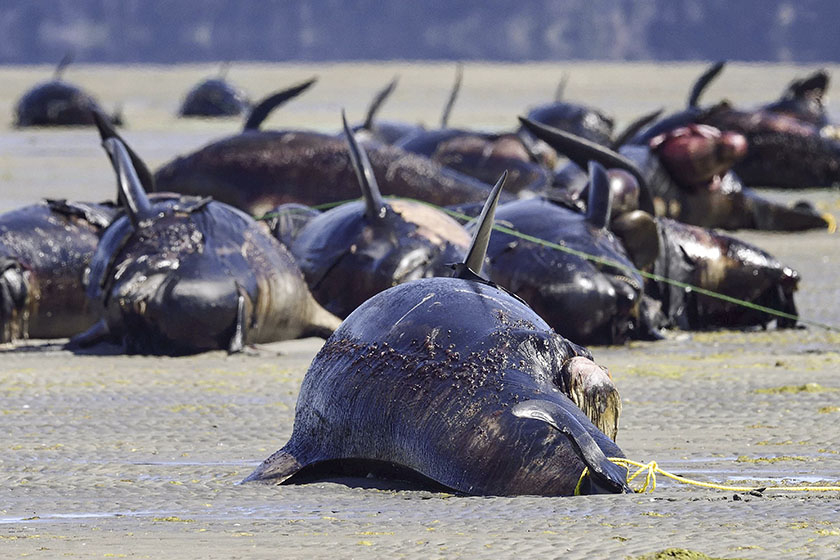 Dead pilot whales lay on a beach at Farewell Spit in New Zealand’s South Island in February 2017. The Farewell Spit is considered a whale graveyard as many mass whale strandings have occurred there. Photo: VCG 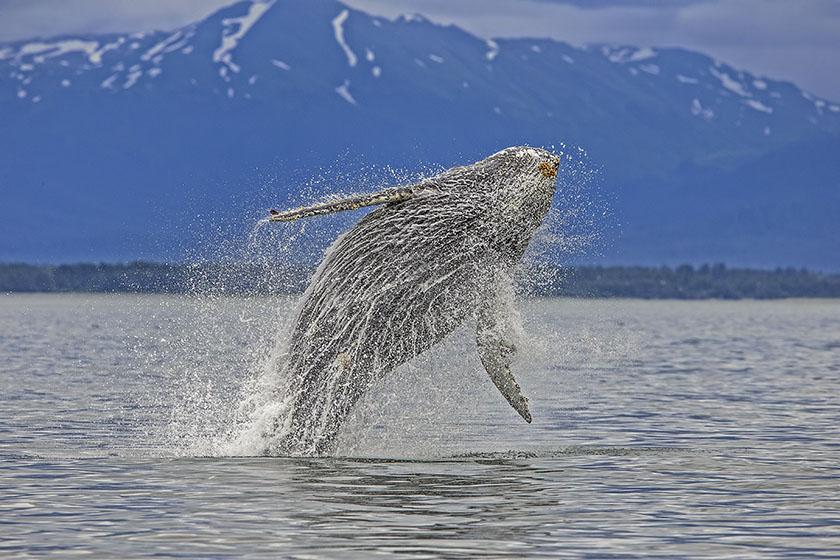 A humpback whale calf leaps out of the ocean in August 2021 in Alaska, U.S. Whales, dolphins and porpoises are collectively known as cetaceans. There are approximately 90 species of cetacean worldwide, according to the International Whaling Commission. Photo: VCG