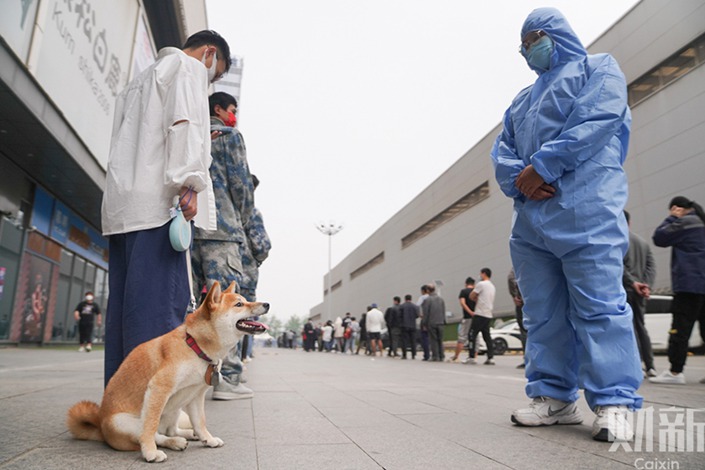 On April 25, a citizen walks his dog while getting a nucleic acid test in Chaoyang district, Beijing. Photo: Ding Gang/Caixin

Beijing’s most populous district kicked off three rounds of mass Covid testing Monday, as the city battles to prevent a spike in cases after officials warned that the virus had spread stealthily in the city for the past week.

Authorities in Chaoyang — home to roughly 3.5 million people and many foreign embassies — tightened restrictions on a section within the district, including the Panjiayuan and Jinsong neighborhoods. Residents there are being barred from leaving their communities, “unless necessary,” according to a Monday notice (link in Chinese).