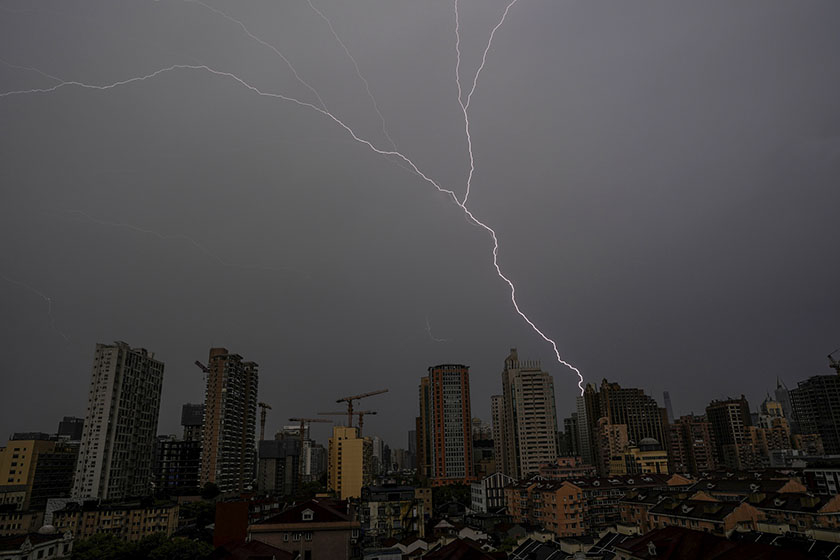 Lightning strikes a building in Shanghai during an intense storm on Monday. Photo: Aly Song/IC Photo 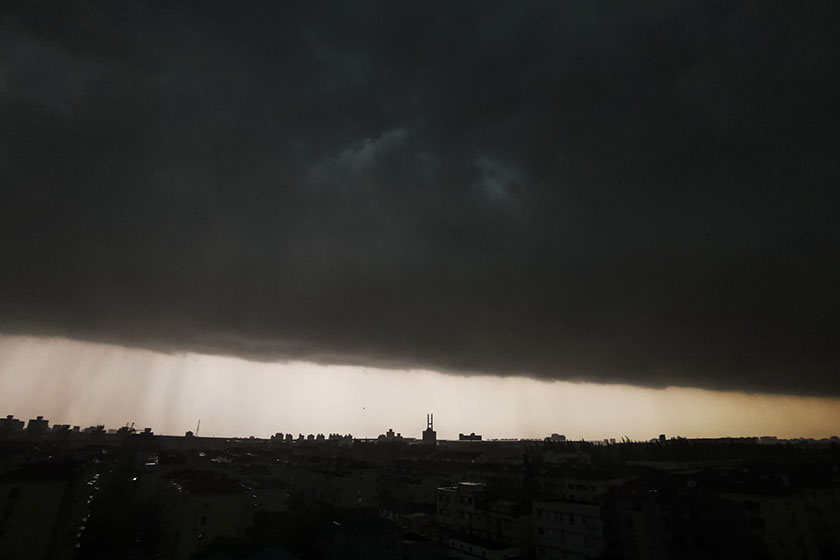 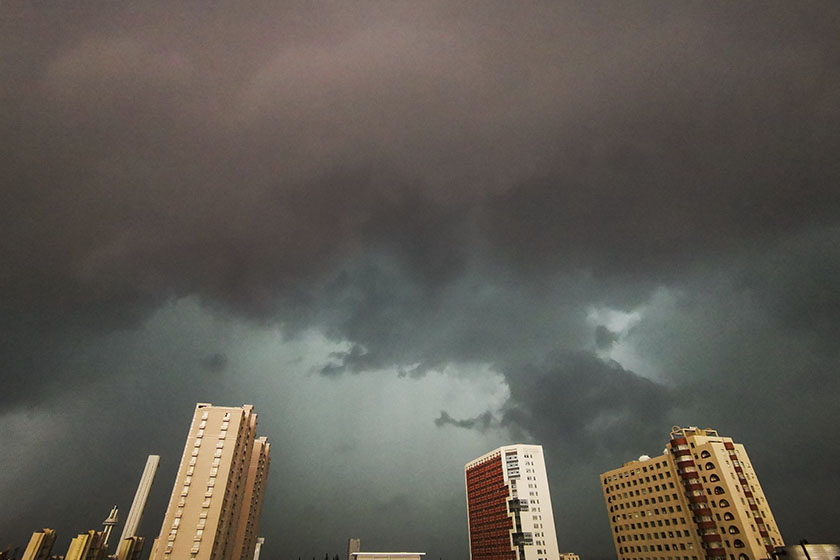 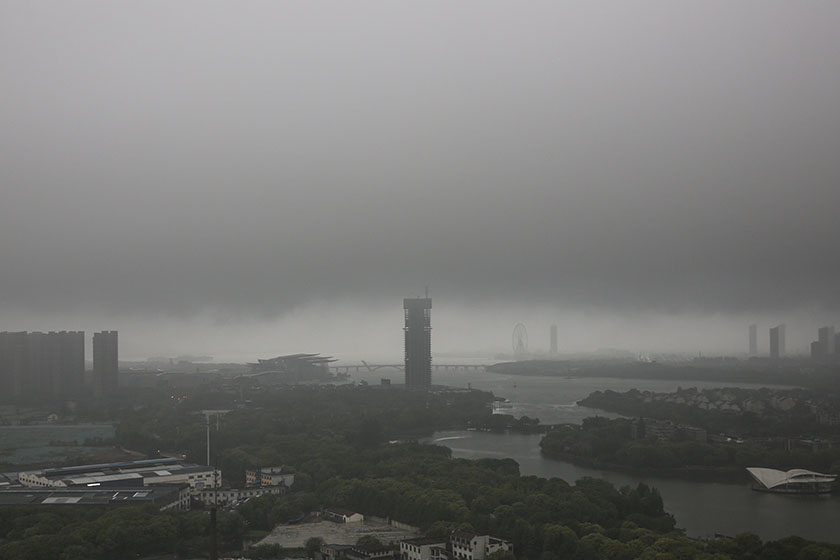 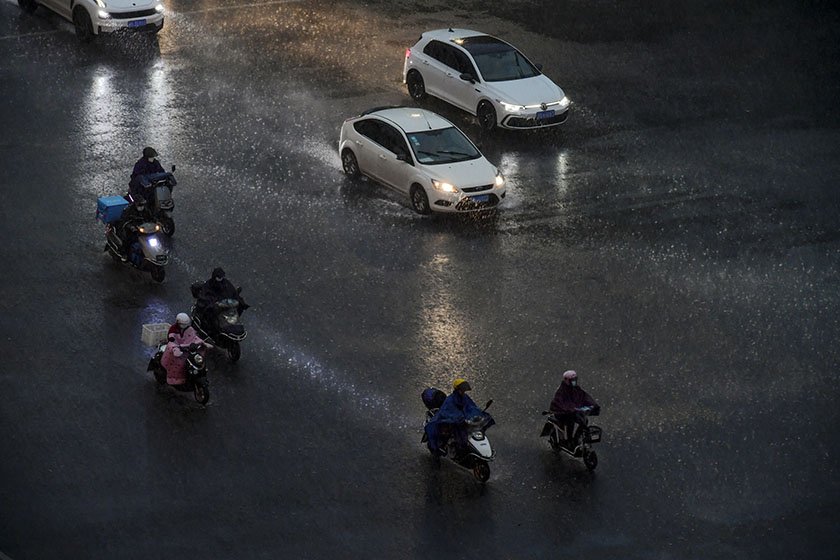 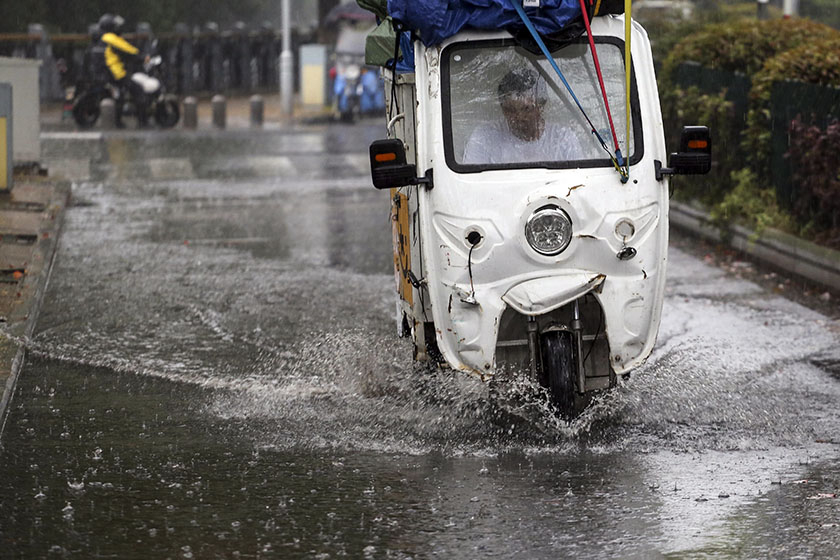 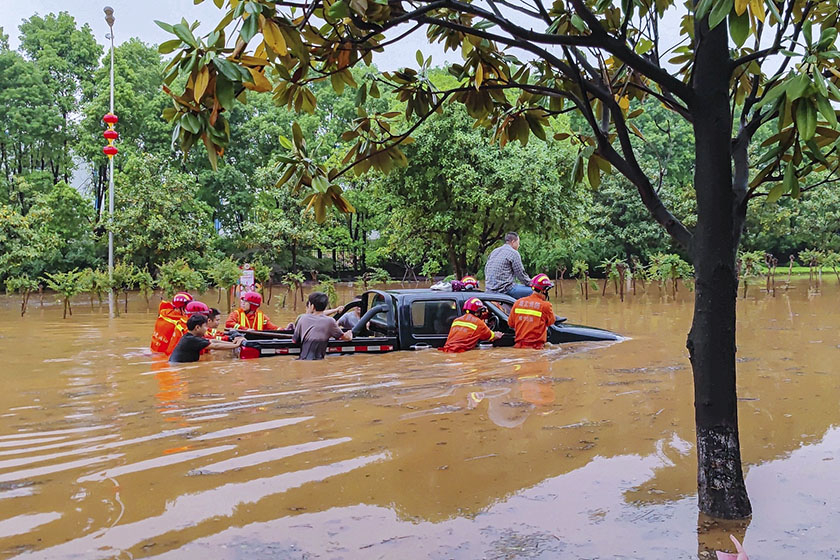 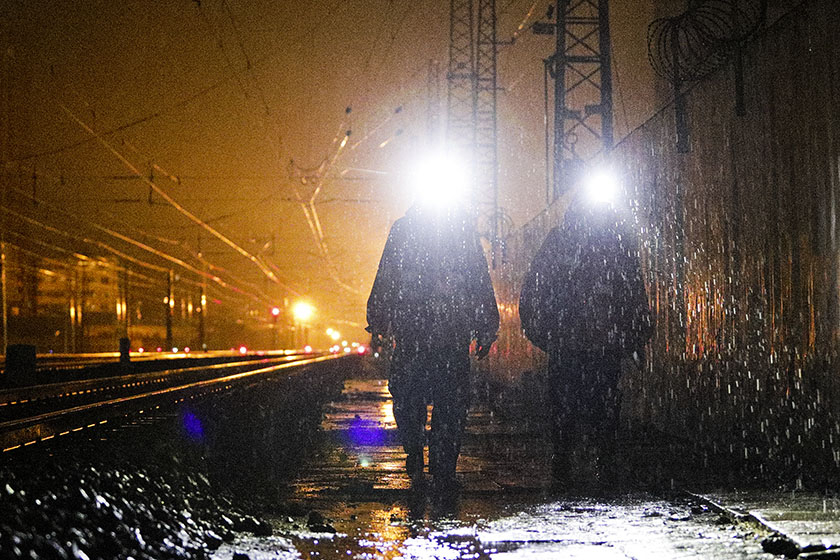 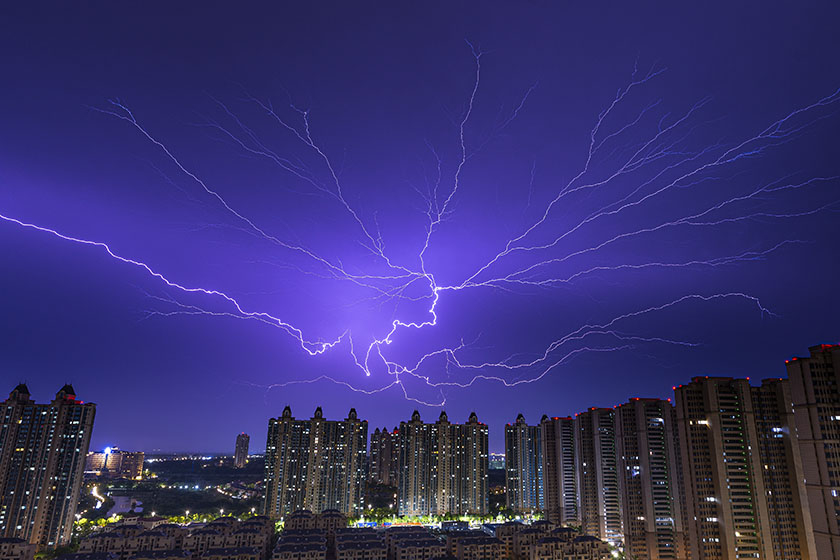 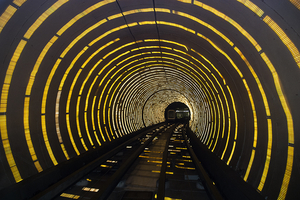