Baidu, Pony.ai Cleared to Test Robotaxis in a Beijing Suburb

By Qi Zhanning and Denise Jia 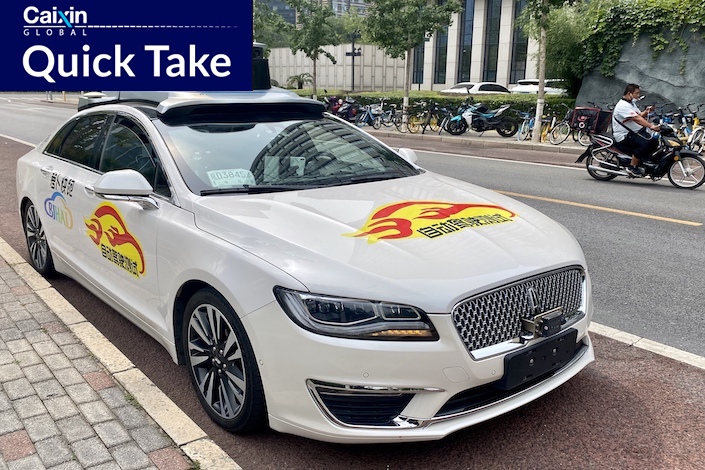 What’s new: Chinese search engine giant Baidu and self-driving startup Pony.ai separately said Thursday that they each were granted permits to provide driverless taxi services in a pilot area in a suburb of Beijing.

Toyota-backed Pony.ai will provide a similar service through its PonyPilot+ app. The company said the hailing service will be free of charge. Pony.ai said it will retain a safety supervisor who will sit in the front passenger seat in the cars. It plans to deploy four driverless vehicles and expects to add more in the future, it said.

In November, the two companies were allowed to test robotaxi services in a smaller area in the city, but a safety driver was required to sit behind the wheel to take control in emergencies.

The distance covered in autonomous driving road tests in Beijing exceeded 80,000 kilometers in the past six months with no accidents, according to an official at the Beijing Autonomous Driving Office.

The background: In August, China updated its regulations on driverless car testing to accelerate commercialization of self-driving technology.

In May 2021, Pony.ai obtained a license to conduct commercial autonomous freight operations in the southern Chinese megacity of Guangzhou. Last April, Baidu gained approval to charge for its autonomous bus pilot program in the western Chinese city of Chongqing.

China’s National Development and Reform Commission and several other government agencies have set a goal for the country to achieve mass production of vehicles featuring significant self-driving capabilities by 2025.