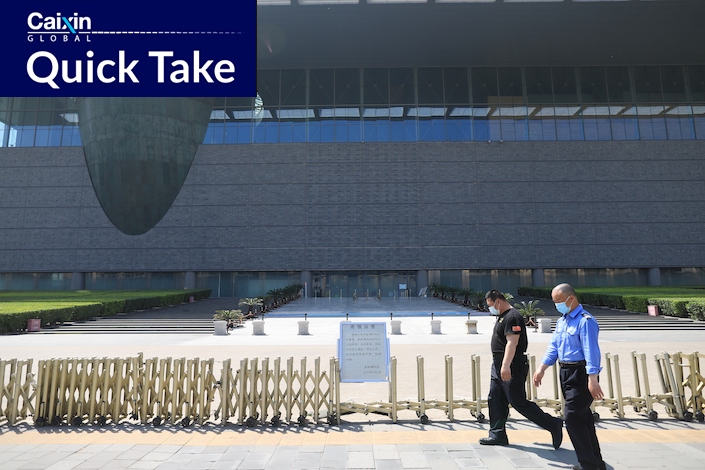 What’s new: Schools in Beijing will remain closed for at least one week after the Labor Day holiday as the city moves to quell a new wave of Covid flare-ups.

All kindergartens, primary and middle schools, and secondary vocational schools in Beijing will postpone class reopening until May 11, one week after the five-day holiday that originally was to end Wednesday, city officials said Tuesday at a briefing.

The postponement is a precautionary measure, and the exact time of class resumption will be determined by the pandemic situation, officials said. Meanwhile, colleges and universities in Beijing were ordered to strengthen campus management. Students and faculty living on campus were told to avoid traveling outside unless necessary.

The context: Beijing reported 53 new Covid-19 cases over 24 hours Tuesday, including six asymptomatic cases. The new infections raise the tally of new infections in Beijing to 453 since the latest outbreak started April 22, according to the municipal public health authority.

The capital city of 22 million people sealed up areas with high transmission risks and launched rounds of mass testing in hopes of containing the virus while avoiding the chaos of widespread shutdowns as in Shanghai. Beijing ordered restaurants to close indoor dining as the Labor Day holiday started and limited access to parks and scenic areas.

The outbreak in Beijing remains at a stable but high level with undetected transmission chains hidden in communities, said Pang Xinghuo, deputy director of the Beijing municipal disease prevention and control center, at a Monday press conference. The city will accelerate virus screening and put restrictions in place to prevent further spread, Pang said.