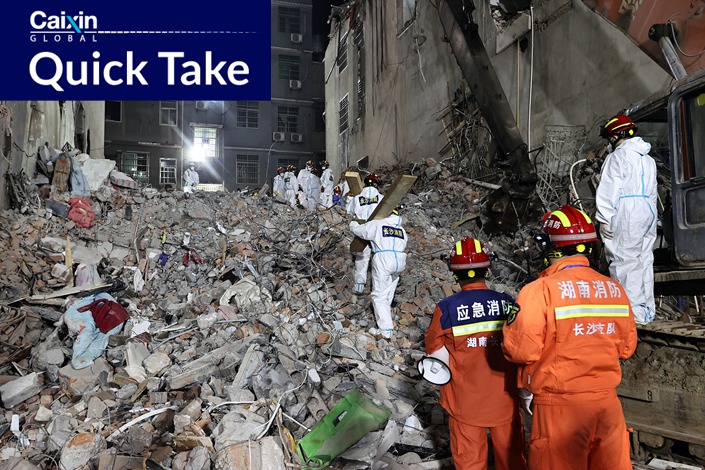 What’s new: The death toll from a building collapse in Central China reached 53, local authorities said Friday, as they announced the end of weeklong rescue efforts.

Ten people have been rescued from the rubble of the building, which collapsed on April 29 in Changsha, Hunan province, state broadcaster CCTV reported, citing the authorities.

As of around 3 a.m. Friday, all the trapped and missing people from the collapse site have been found, said the authorities, who apologized for the incident and paid respects to the victims at a press conference.

The exact cause of the collapse remains unknown, but local authorities previously said the building had undergone structural changes, and arrested nine people.

What’s more: The State Council, China’s cabinet, has set up an investigation team to conduct a probe into the incident, vowing to severely punish violators, CCTV reported Friday.

Led by the Ministry of Emergency Management, the team also includes experts on construction, safety and law to provide professional support for the investigation, the report said.