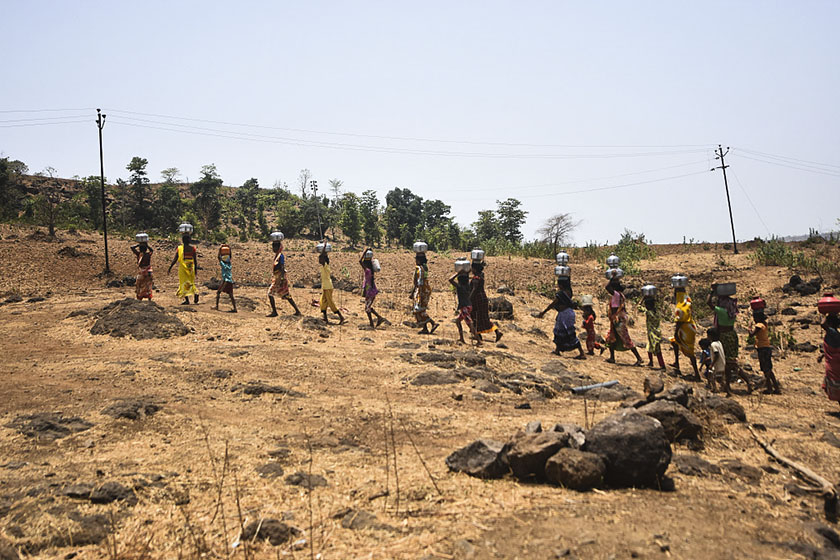 A group of women carry pots of water on their heads in a village in India on Sunday. Many villages are facing water shortages and the recent intense heat has worsened the situation. Photo: Imtiyaz Shaikh/VCG 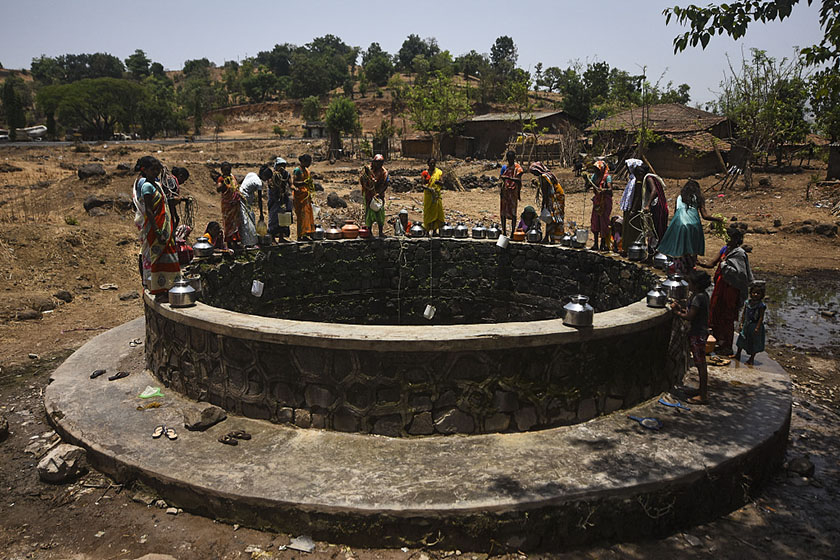 People use pots to collect water from a depleted well. Photo: Imtiyaz Shaikh/VCG 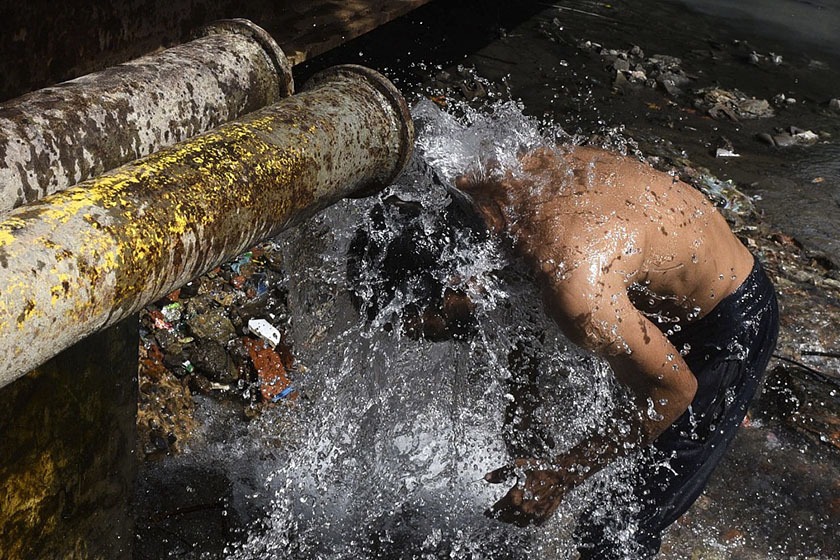 A child cools off under a water pipe amid the scorching heat in New Delhi, India on Sunday. Photo: Arvind Yadav/VCG 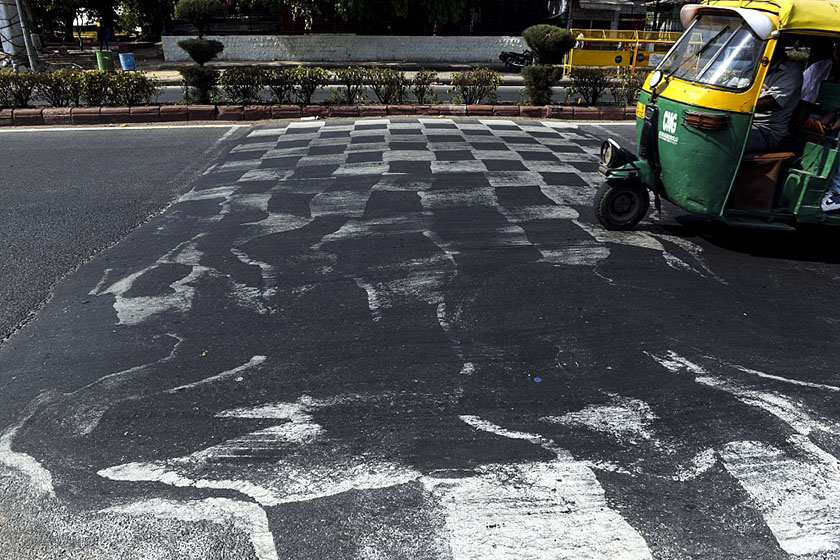 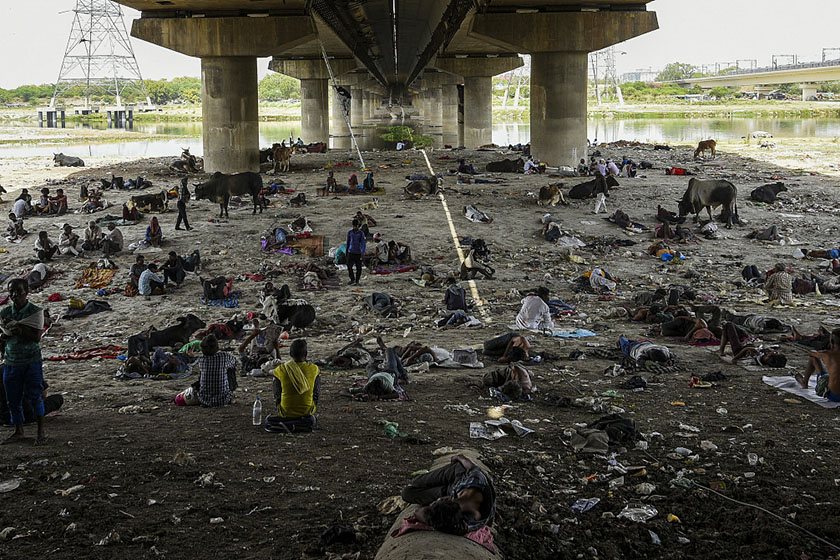 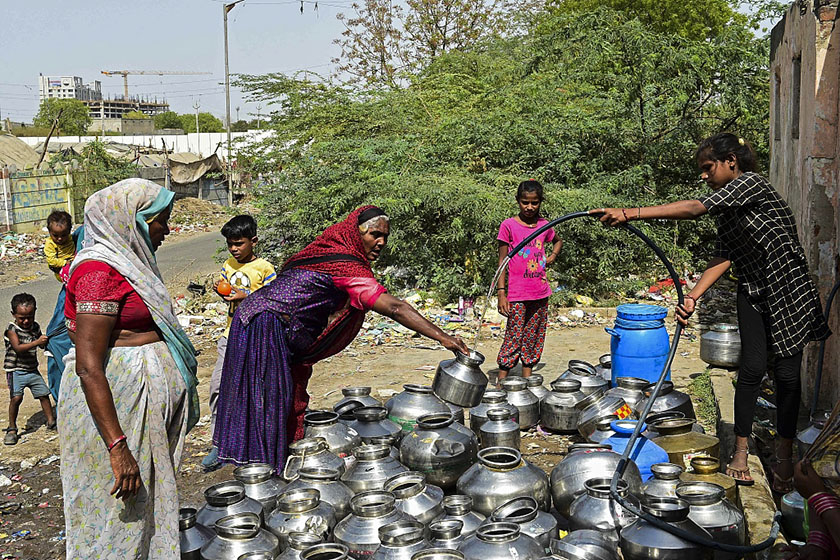 People collect water in pots on the outskirts of Ahmedabad, India on May 12. Photo: Sam Panthaky/VCG 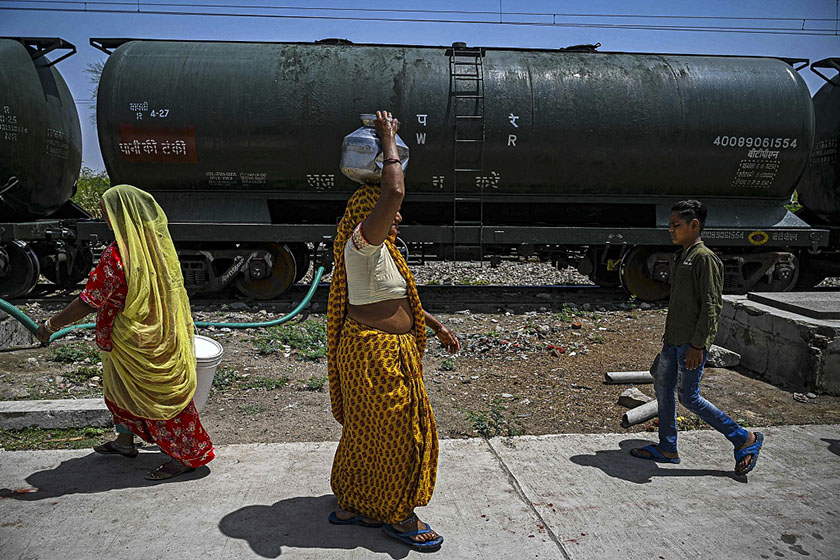 A train carrying water rolled into India’s arid state of Rajasthan on May 11. Photo: Prakash Singh/VCG 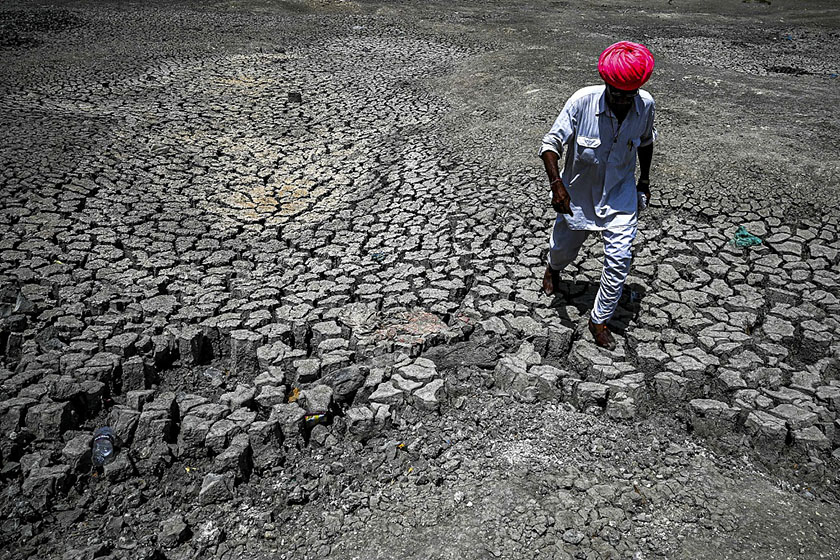 A villager walks through a dried-out pond on May 11 in a village in Rajasthan Photo: Prakash Singh/VCG 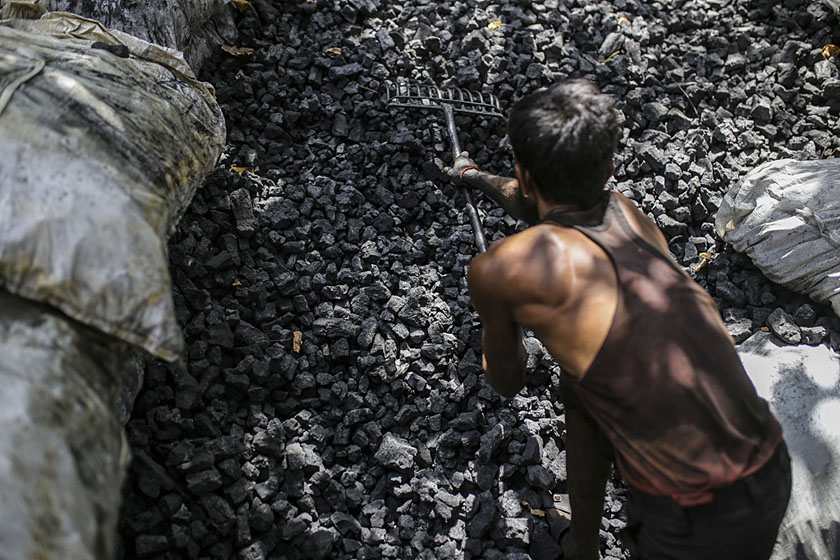 A worker moves coal with a rake at a wholesale market in Mumbai, India, on May 5. Supplies of coal are running low in the country. Photo: Dhiraj Singh/VCG 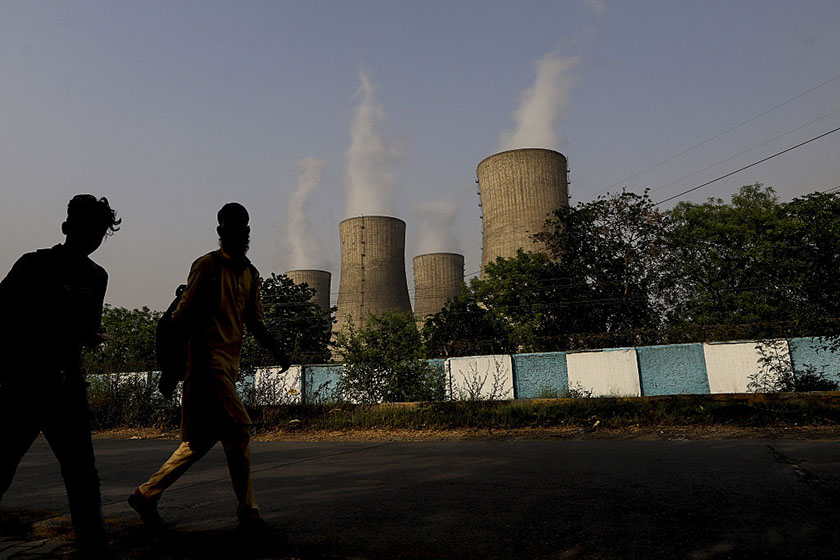 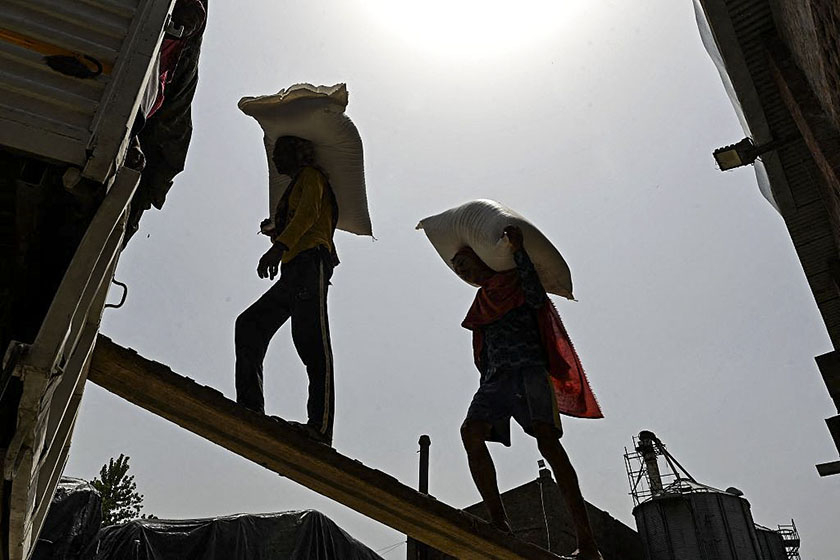 Workers load sacks of wheat products onto a truck in a mill in Punjab on Wednesday. The heatwave has damaged wheat fields in India, reducing yields. Photo: Sajjad Hussain/VCG 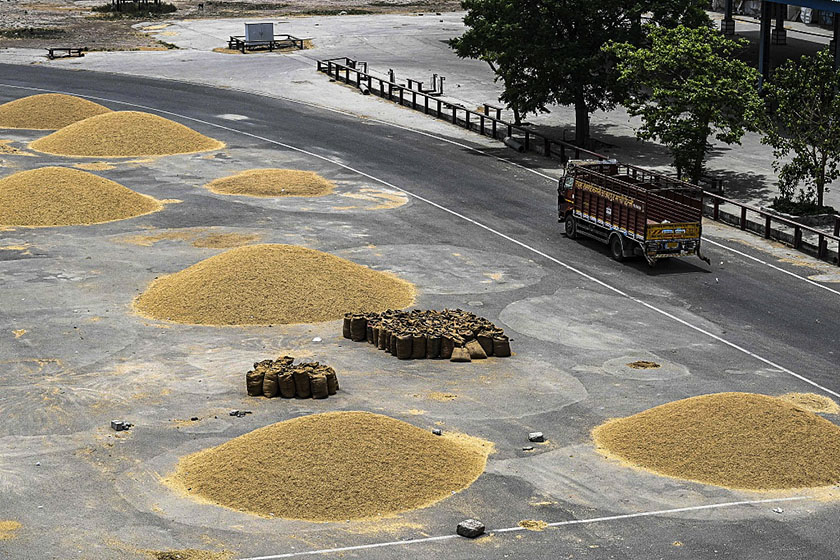 A truck passes by heaps of wheat on Wednesday at a wholesale grain market in New Delhi. The government in India banned private exports of wheat on May 13, raising concerns over the global food crisis as the country is the world’s second-largest wheat producer after China. Photo: Prakash Singh/VCG