Tianjin Locks Down a District and Orders Citywide Covid Testing 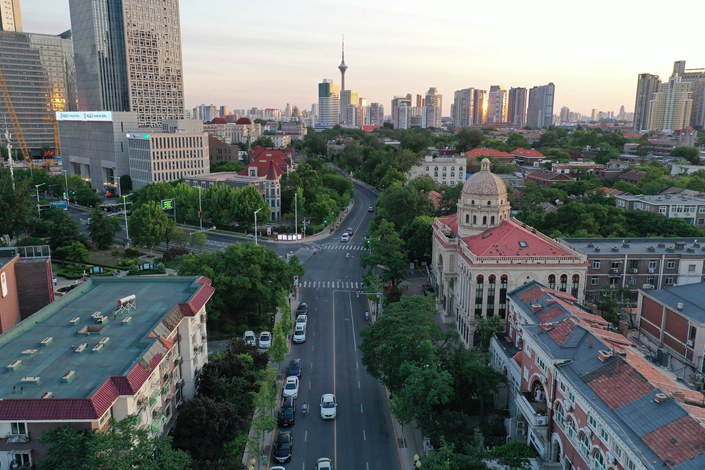 Tianjin has locked down one of its central districts and kicked off a new round of citywide testing to contain its latest local outbreak of Covid-19. The restrictions came as the port city’s health authorities reported 18 local cases Wednesday, up from 17 a day earlier.

More than 350,000 residents of Heping district have been put under “static management” since Wednesday, which means they cannot leave the district unless necessary, state media reported, citing local health authorities (link in Chinese). Most residents are confined to their homes, residential communities or neighborhoods.

Residents who need to leave are required to either hold a special vehicle license or provide special services, such as in medical care or epidemic control, the report said, adding that the measures will be tentatively effective for three days.

Tianjin also initiated a new round of citywide testing yesterday, while asking all of its 14 million residents to largely reduce their movement until the test results are out.

Of the 18 cases reported, some were from the central Nankai and Hebei districts. Authorities in Hebei district are banning dining-in at restaurants from Thursday to Saturday.

On the internet, there was chatter that Nankai would go into lockdown, but local authorities put out a statement to quash the speculation. They also called for residents not to believe or further spread the misinformation.