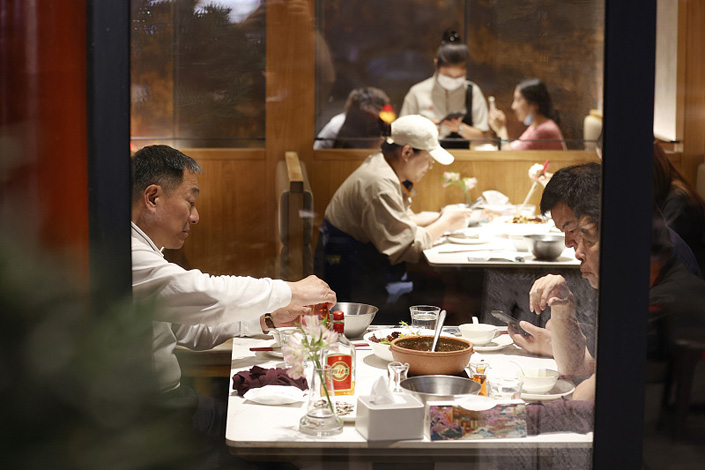 People dine in a restaurant on Monday in Beijing. Photo: VCG

Beijing relaxed Covid rules for most of the city’s districts on Monday, allowing restaurants there to restart dine-in services, as the capital moves to return to normalcy after declaring it had the latest outbreak under control.

In all districts except Fengtai and some parts of Changping, the city also reopened scenic areas, parks and indoor venues like cinemas, albeit at 75% capacity, on Monday. Beijing resumed public transport in these districts on the same day, allowing workers who had been asked to work from home to return to the office, according to a state media report.