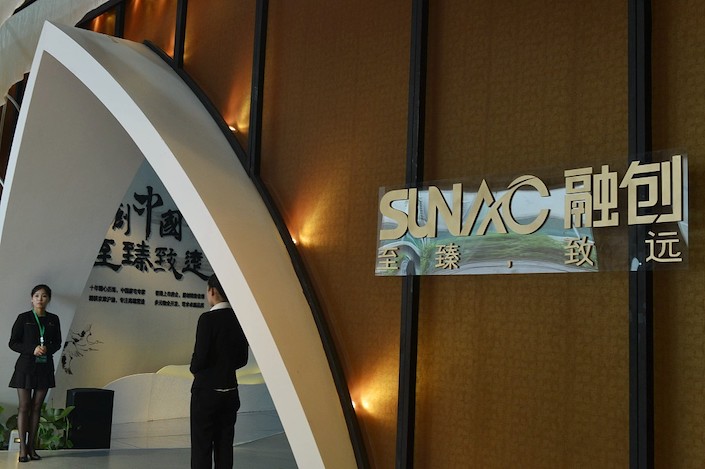 Sunac, China’s fourth-largest developer by sales, is one of a raft of Chinese developers hit by a cash crunch

Chinese developer Sunac China Holdings Ltd. is seeking extra time to make payments on 2.3 billion yuan ($345 million) of debt due next week as the company continues scrambling to scrape up enough cash, Caixin learned from bondholders.

Sunac is in negotiations with bondholders on a plan to extend repayments of an onshore bond due June 13 by two years, Caixin learned. No agreement has been reached.