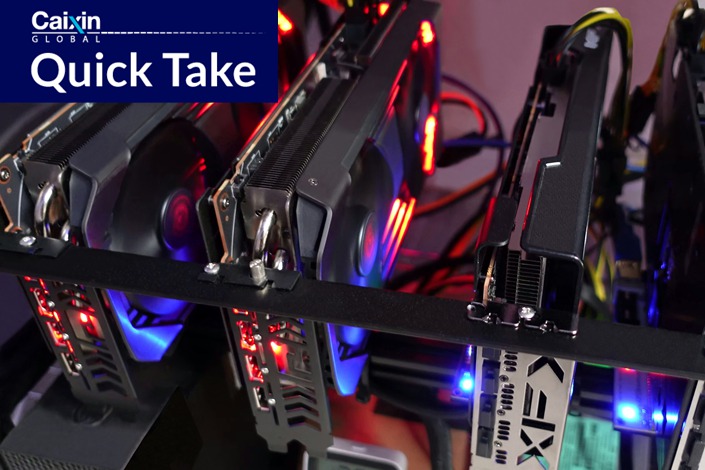 What’s new: Shanghai has stepped up a crackdown on crypto mining by instructing data center companies to weed out the power-hungry activity and make a pledge to abide by regulations, according to a notice issued Monday.

Companies running data centers, which provide data processing services, are required to inspect their own operations to seek out and eliminate virtual-currency mining and trading, according to the joint notice from two government departments in the financial hub.

The companies also have to sign a letter stating that they will not engage in such mining or trading. Those who do not comply will be penalized through measures such as higher electricity prices.

The background: The notice reflects Shanghai’s determination to root out crypto mining, as China remains a major mining hub despite a government ban.

A financial committee of the State Council, the country’s cabinet, issued the ban on Bitcoin mining in May 2021 amid concerns about the activity’s massive energy consumption and carbon emissions. Before that, China had long been the world’s No. 1 Bitcoin mining center in terms of hashrate, a gauge for computational power used for mining, according to data from the U.K.-based Cambridge Centre for Alternative Finance (CCAF).

Following the ban, China’s share in global Bitcoin hashrate plummeted to zero in July and August last year, according to CCAF data. That could be due to deliberate obfuscation by miners who concealed their location by using proxy services such as virtual private networks, better known as VPNs, according to a May 2022 analysis released under a digital assets program co-hosted by the CCAF.

The indicator bounced back to 22% in September, catapulting China to second place globally. That pointed to “significant underground mining activity” in the country, the CCAF said in the analysis. The measure stood at 21% this January.