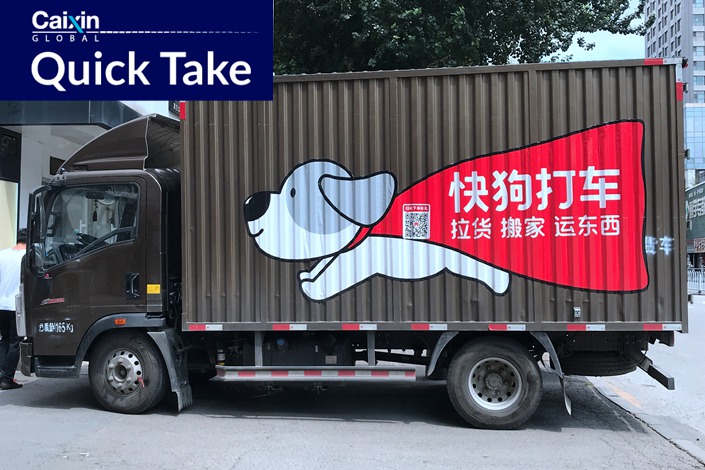 What’s new: Money-losing intracity logistics startup GogoX Holdings Ltd. plans to raise about HK$671 million ($86 million) in its Hong Kong IPO, which the company said will be used to enlarge its user base, develop new services and fund its global expansion, among other things.

The Hong Kong-based company is offering 31.2 million shares priced at HK$21.5 apiece, with trading set to begin on June 24, according to an exchange filing on Tuesday.

The offering is being split into 3.1 million shares for Hong Kong retailers and the rest for international investors, the filing said.

At a Tuesday press briefing, co-CEO He Song said that GogoX is “fully compliant with all Chinese regulations,” in response to questions about whether Beijing’s data security rules pose a risk to the company.

The background: Founded in 2013, GogoX provides services in more than 340 cities in the Chinese mainland, Hong Kong, Singapore, South Korea and India, with 27.6 million registered shippers and 5.2 million registered drivers at the end of 2021, according to its prospectus. The company will be 47.95% controlled by Chinese local services platform 58 Daojia after the Hong Kong listing.

In 2021, GogoX was the third-largest online intracity logistics platform in the Chinese mainland market with a share of 3.2% and the No. 1 player in Hong Kong with a 50.9% share in terms of gross transaction volume, the company said, citing data from market researcher Frost & Sullivan.

Regulatory risk continues to hang over IPO-bound data-rich firms after Beijing announced national security probes into a trio of such companies in July just after they went public in the U.S.

Shares of those firms surged last week on rumors the probes were wrapping up. Didi was ultimately forced to delist from the New York Stock Exchange and began trading on the over-the-counter market on Monday.