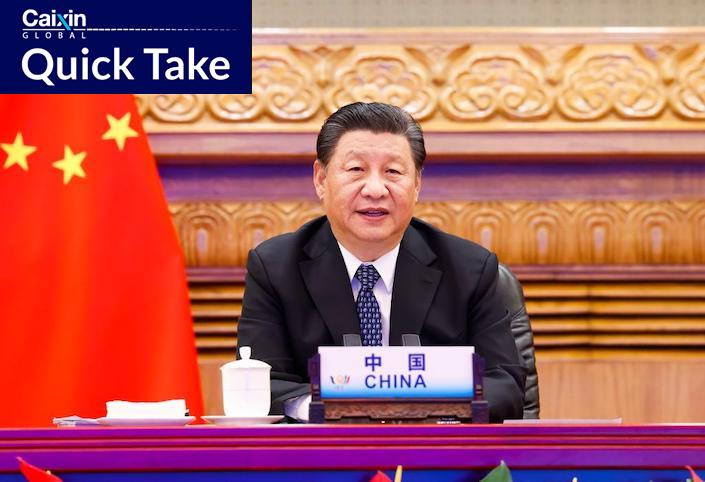 In a speech kicking off the BRICS Business Forum Wednesday, Xi criticized sanctions as a “double-edged sword” and called for upholding the multilateral trading system with the World Trade Organization at the core, removing trade, investment and technological barriers and building an open world economy.

Without naming any country, Xi said “politicizing, instrumentalizing and weaponizing the world economy using a dominant position in the global financial system to wantonly impose sanctions would only hurt others as well as hurting oneself, leaving people around the world suffering.”

Amid a pandemic-driven economic downturn and geopolitical tensions, the world faces choices of which path it should follow—peace or war, progress or regression, openness or isolation, cooperation or confrontation, Xi said.

The Ukraine crisis sounded an alarm to the world: Expansion of military alliances and seeking one’s own security at the expense of the security of others are bound to create a security dilemma, Xi said.

The summit will be under theme of “fostering high-quality BRICS partnership and ushering in a new era for global development.”

After the opening ceremony, the summit will hold five symposiums to discuss the world economic recovery, green transformation, digital economy, health cooperation and enhancing the resilience of the global supply chain.