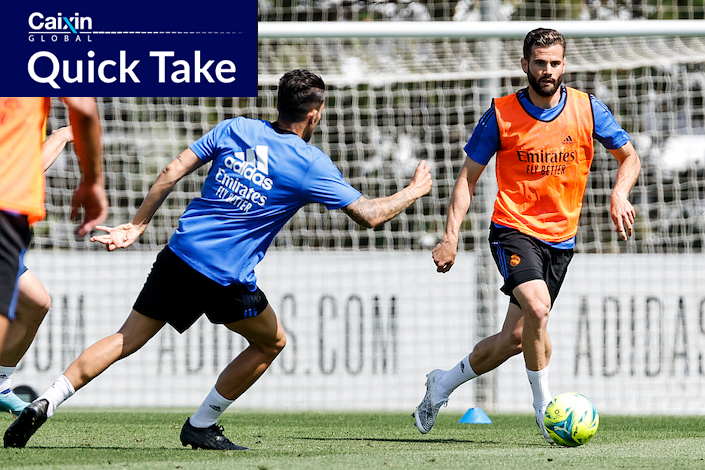 Super Sports, a wholly owned subsidiary of Wuhan DDMC Culture Co., failed to pay a broadcasting rights fee of 45 million euros ($47 million) for the 2021–22 season that was due Jan. 20. La Liga said it decided to terminate the agreement according to the contract and seek 105 million euros in compensation.

Shanghai-traded Wuhan DDMC said Tuesday it received notice from La Liga of the partnership termination. It had negotiated with La Liga over revising the terms of the deal but didn’t reach an agreement, the Chinese company said. The demand for compensation is subject to a Spanish court ruling, it said.

Why it matters: Wuhan DDMC is yet another Chinese enterprise losing broadcasting rights to top international sports events due to financial troubles after a frenzy of rights buying several years ago.

In January, a U.K. high court ruled in favor of England’s Premier League in its demand for $213 million from Chinese broadcaster PPLive Sports International Ltd. in disputed payments for the rights to show the soccer league’s live matches.

Losing the rights to show La Liga games is another blow to Wuhan DDMC, which has suffered business declines due to pandemic disruptions. In May, the Asian Football Confederation said China pulled out of its commitment to host the 2023 Asian Cup due to Covid-19 concerns. The change would have major impacts on Wuhan DDMC, which holds the exclusive global marketing rights to the games, the company said.