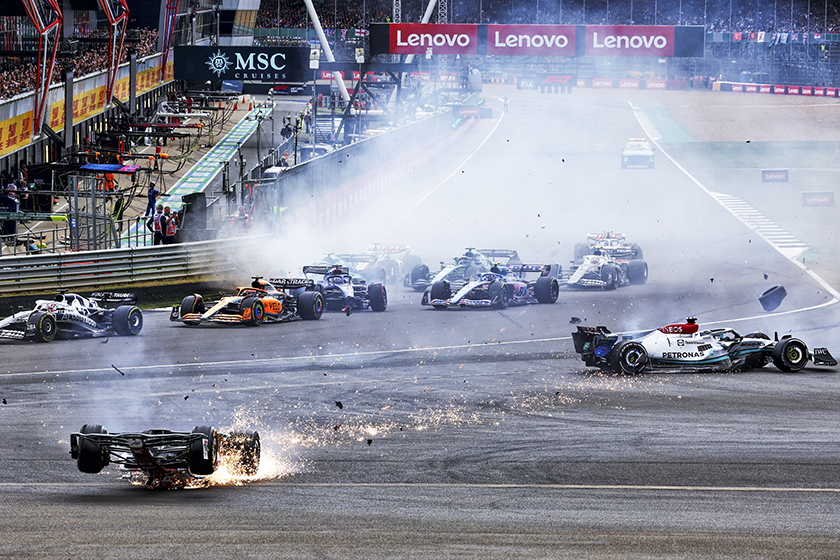 Zhou Guanyu, who drives for Alfa Romeo F1 Team Orlen, was caught up in a collision involving Mercedes’ George Russell and AlphaTauri’s Pierre Gasly Sunday on the opening lap of the British Grand Prix race at Silverstone, U.K. Photo: VCG 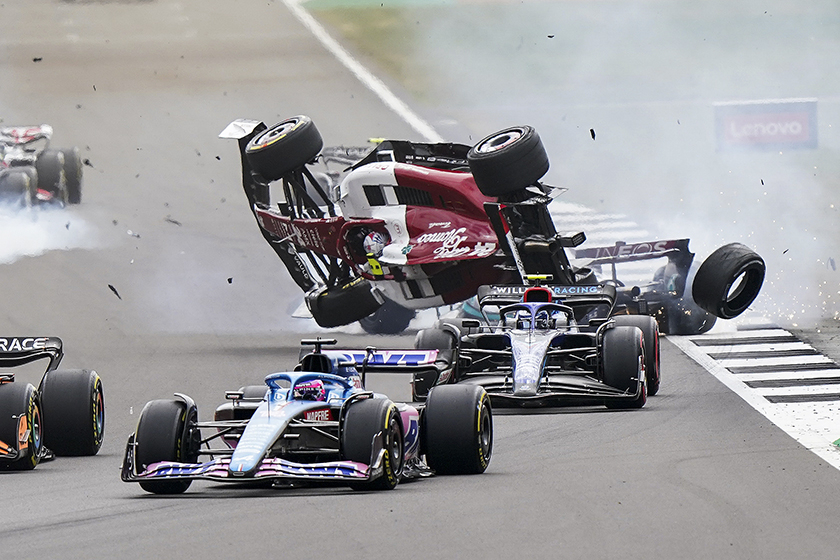 Zhou’s car flipped upside down during the crash. He started the race in ninth place. The accident occurred when Pierre Gasly tried to squeeze in between Zhou and Russell. Photo: VCG 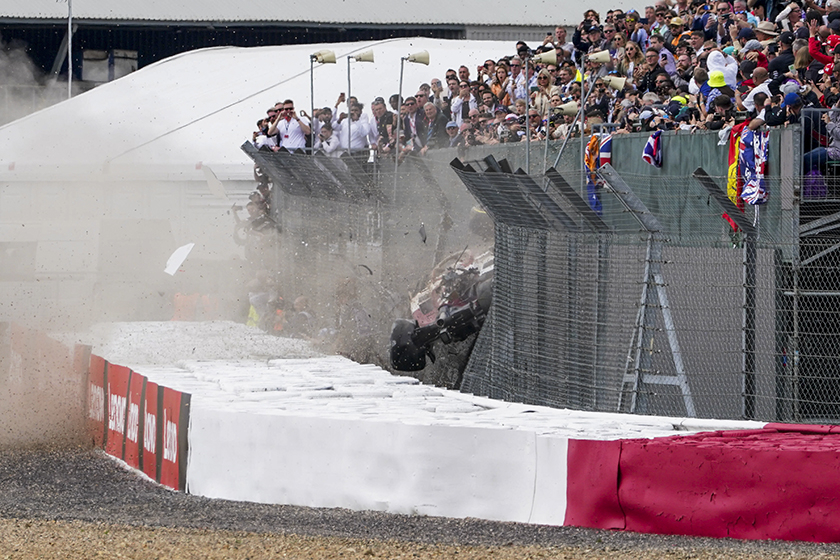 Zhou’s car skidded over the tire barrier and smashed into the fence in front of fans. Photo: VCG 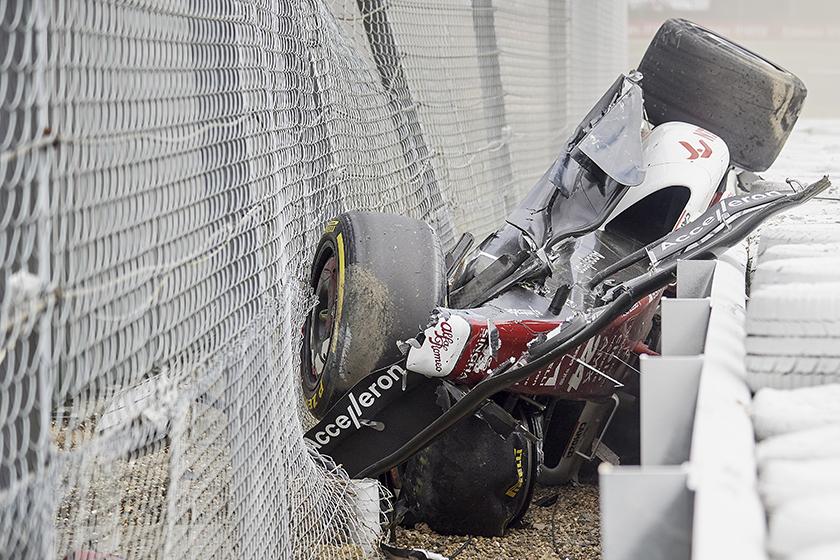 The car ended up stuck in between the barrier and the fence. Photo: Jose Hernandez/VCG 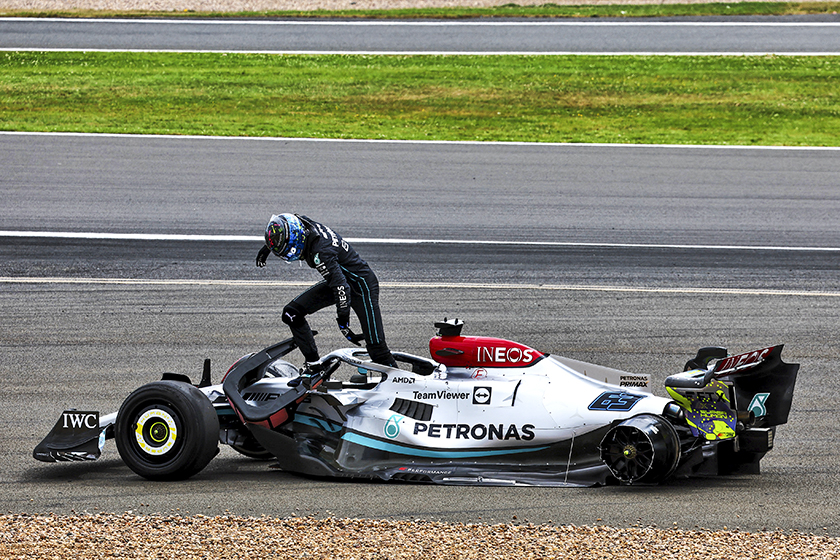 British driver George Russell jumps out of his damaged car to check on Zhou after the collision. Photo: VCG 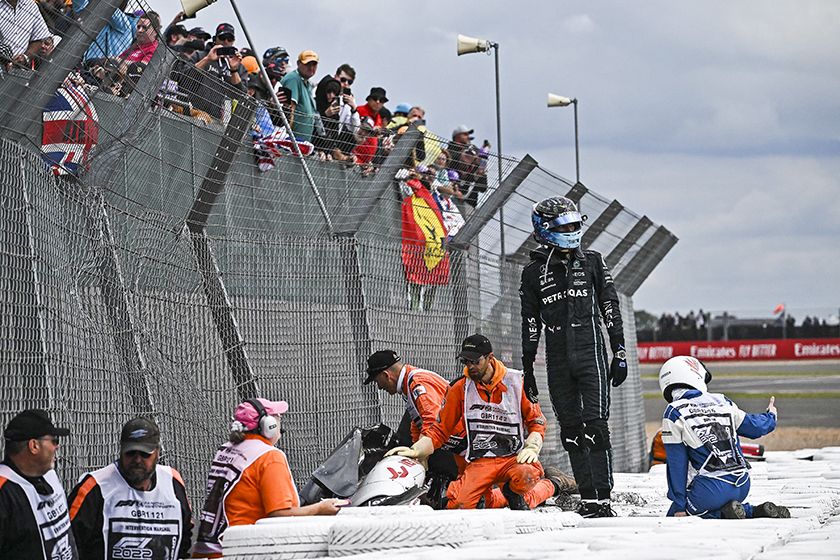 Safety personnel try to free Zhou from his ruined car after the crash. Photo: Ben Stansall/VCG 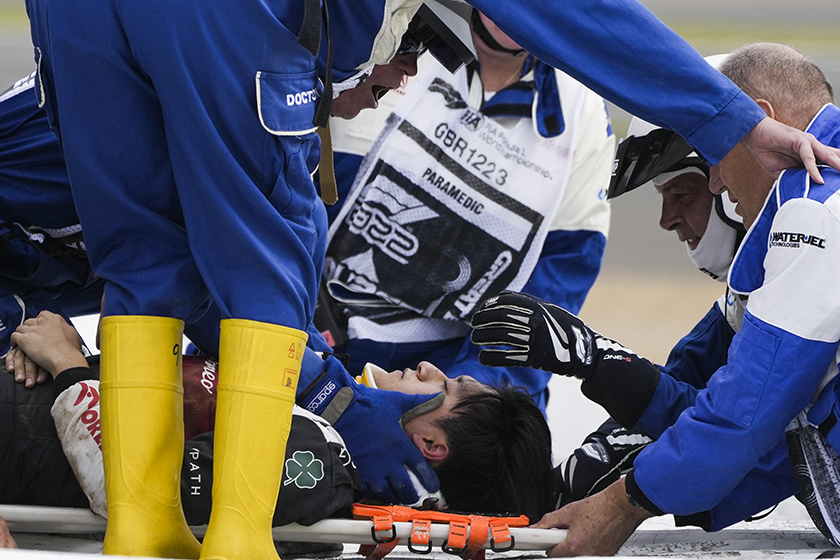 Zhou was stretchered off and taken to a medical center. He tweeted an update of his condition a few hours after the incident, crediting F1’s Halo protection system with saving him from serious injury. Photo: Frank Augstein/VCG 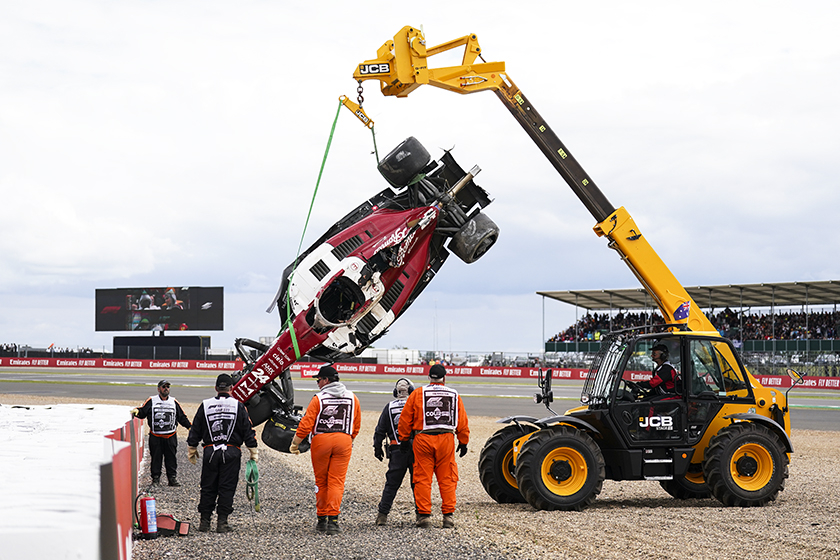 The race was halted due to multiple collisions on the opening lap. Photo: VCG