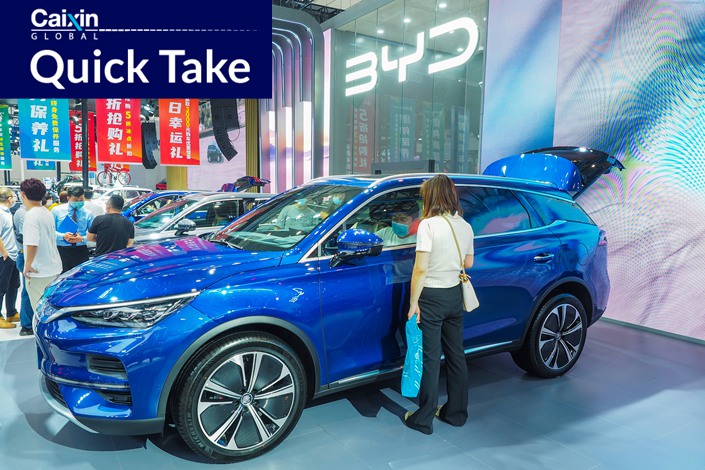 In the six months through June, Shenzhen-based BYD sold 641,350 new-energy vehicles (NEVs) worldwide, representing a year-on-year increase of 315%, according to an exchange filing published on Sunday. Of those sales, 323,519 were pure electric passenger cars and 314,638 were hybrid passenger cars. BYD also makes electric buses and cargo vehicles.

In China, the NEV category includes pure electric and other vehicles that don’t run exclusively on petrol, such as hybrids. By comparison, Tesla delivered 564,743 pure electric vehicles this year through June, faltering in the second quarter after a hard lockdown in Shanghai jammed up production at its plant in the city.

The background: In April, BYD said that it had ceased production of fossil-fueled vehicles in favor of fully electric models, as part of efforts to fulfill its promise to work toward a goal of 100% zero-emission vehicle sales by 2035. It is unclear whether it has stopped producing hybrid vehicles.

In June, state broadcaster CCTV reported that Beijing was considering extending tax exemptions on electric-vehicle purchases in a boon for the auto industry, citing a State Council meeting chaired by Premier Li Keqiang.