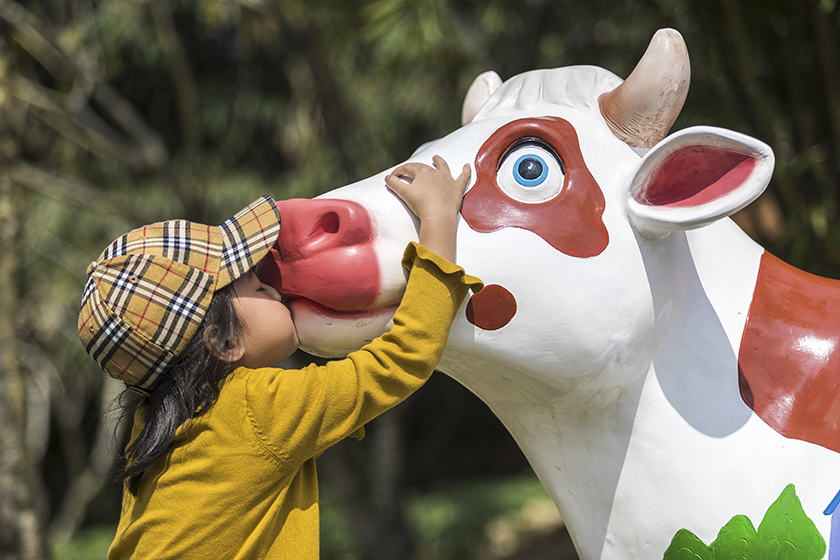 A girl kisses a statue of a dairy cow at a park in the Baisha Li autonomous county in South China’s Hainan province in February 2021. Photo: VCG 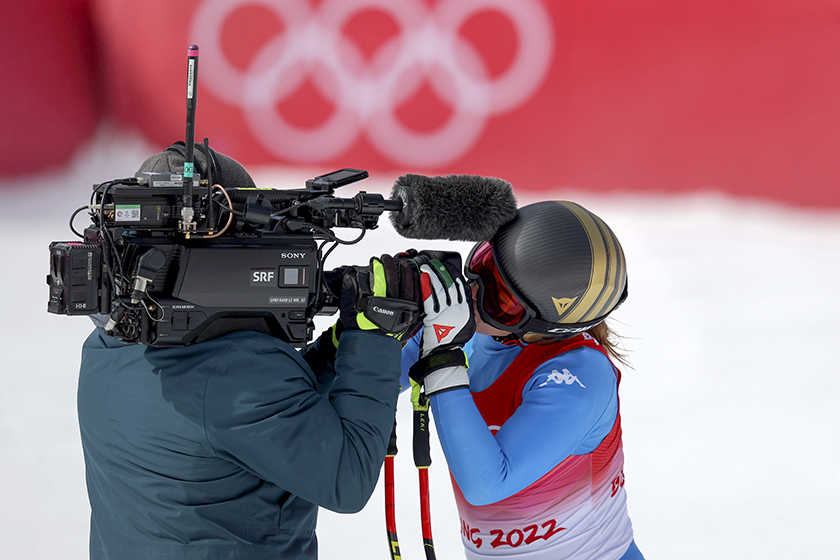 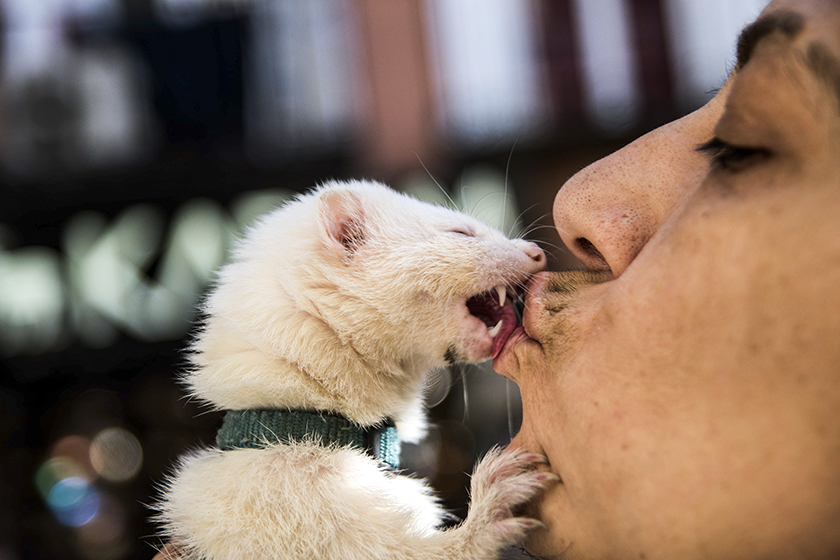 A woman kisses her pet ferret after it was blessed at the Church of San Antón in Madrid in 2018. Photo: Marcos del Mazo/VCG 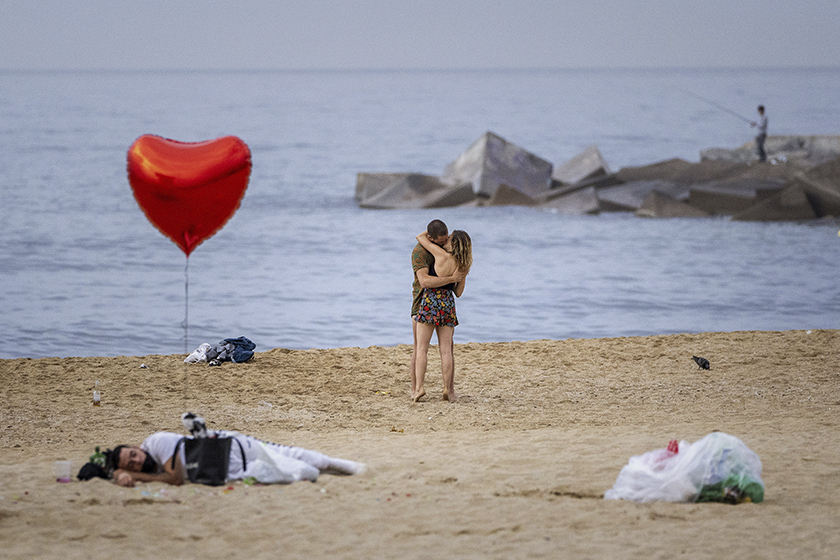 A couple kisses on a beach in Barcelona, Spain, in June 2021. Photo: Emilio Morenatti/VCG 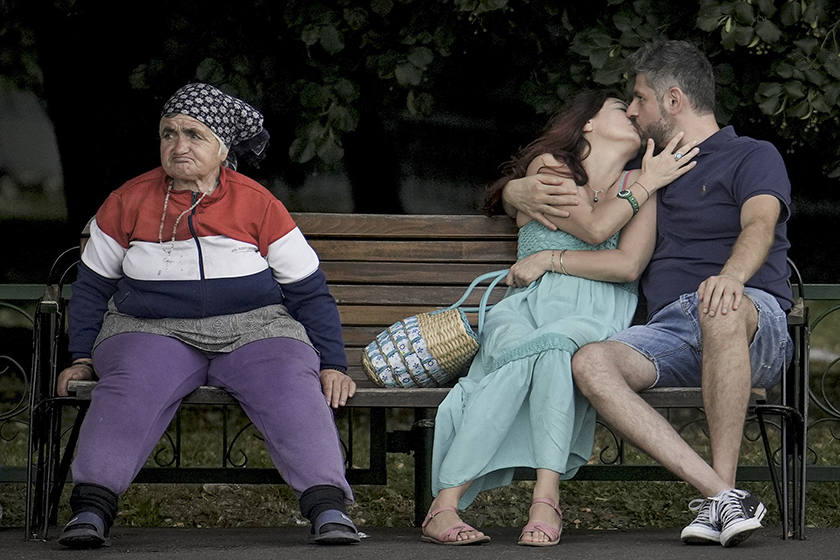 A couple kisses on a bench in Bucharest, Romania, on June 30. Photo: Vadim Ghirda/VCG 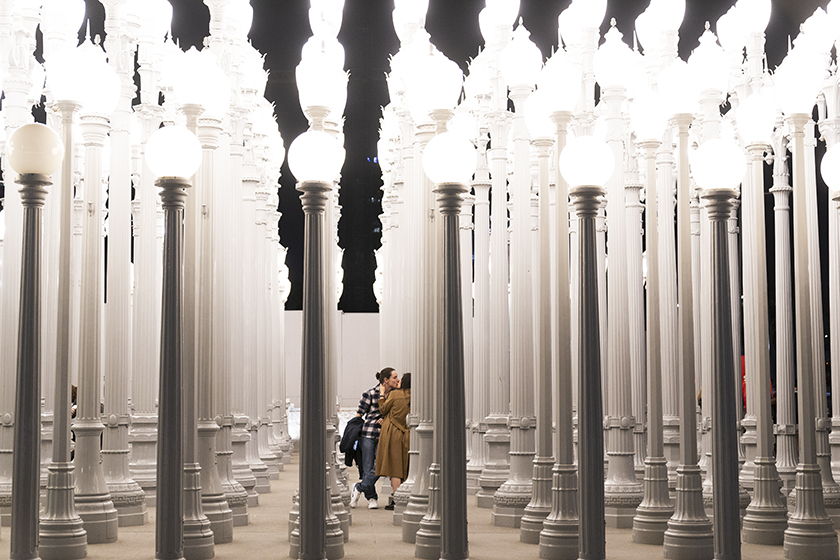 A couple kisses inside an art installation called “Urban Light” at the Los Angeles County Museum of Art in the U.S. on Jan. 14. Photo: Jae C. Hong/VCG 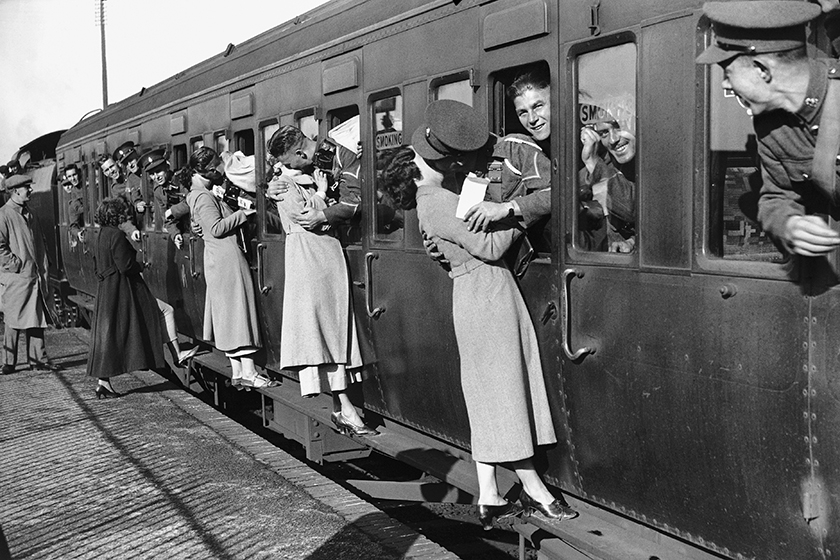 Soldiers kiss their wives and girlfriends goodbye from a train at Feltham Station in the U.K. in September 1935 before departing for Egypt. Photo: VCG 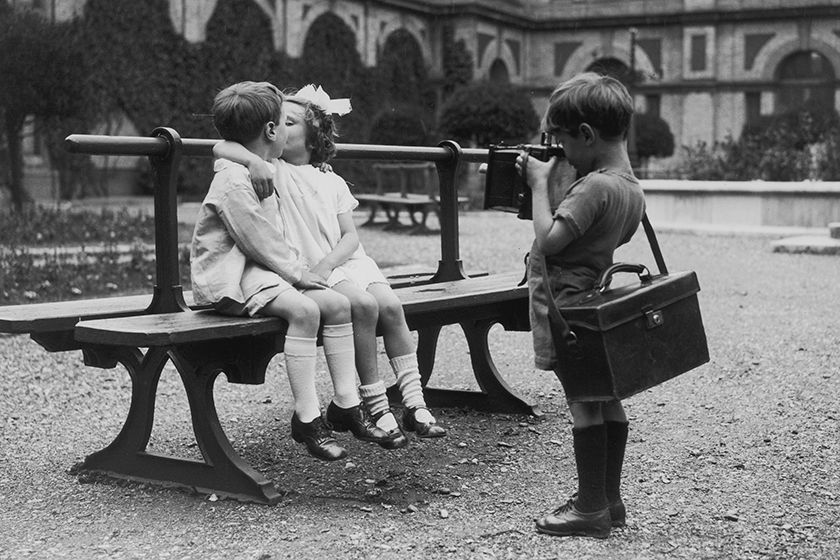 A child captures a boy and girl kissing at a children’s party in London in June 1926. Photo: VCG 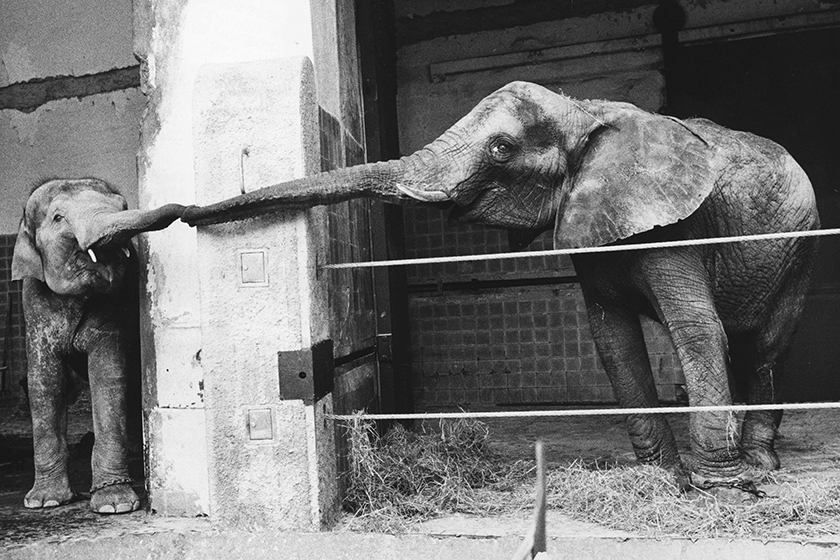