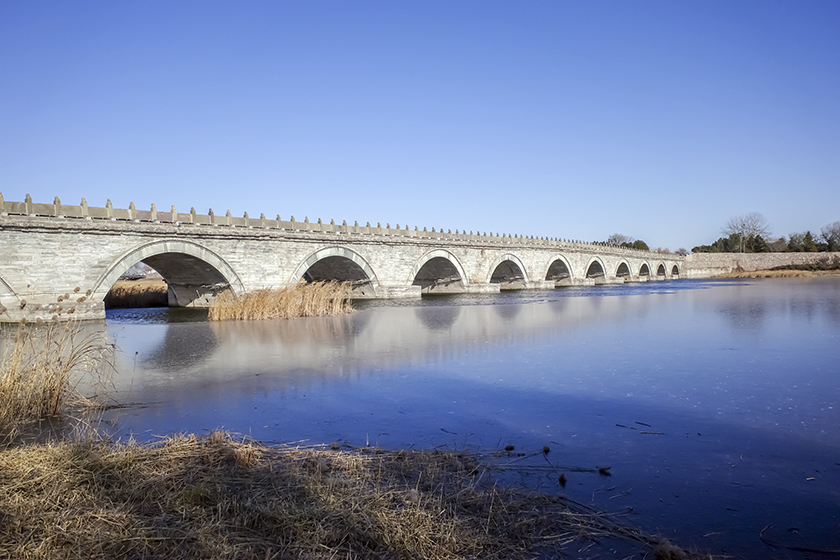 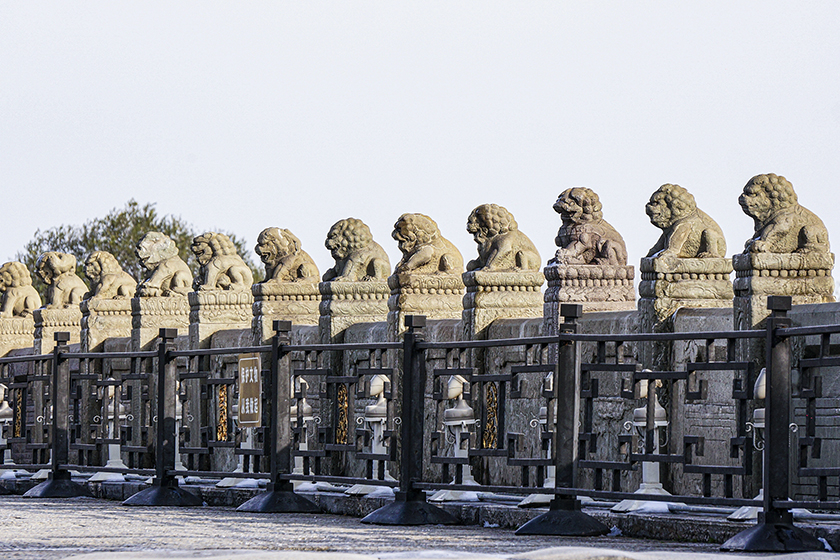 The original bridge was built between 1115 and 1234. The current version, built in the late 17th century, is an arched bridge measuring almost 270 meters long and featuring 501 stone lions. Photo: VCG 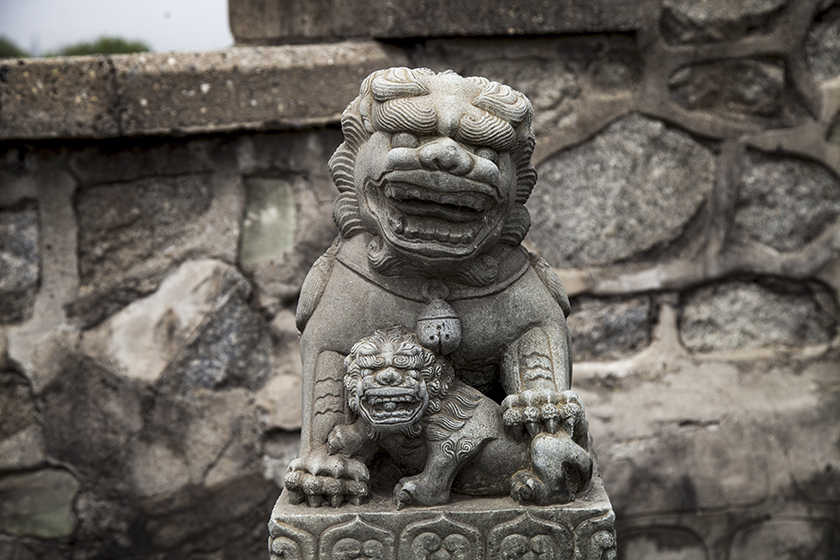 Some smaller stone lions are carved as if hiding under the bigger ones. The stone lions display artistic characteristics of several eras, as they have been repaired over the years. Photo: VCG 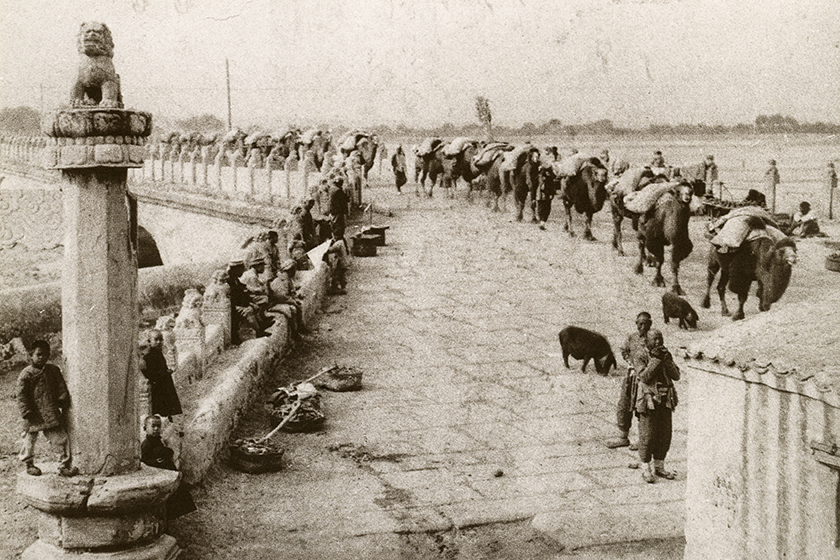 A caravan of camels crosses the bridge in 1937. The Japanese army launched an assault on the bridge on July 7 that year, after being refused entrance to Wanping, a walled town next to the bridge. Photo: VCG 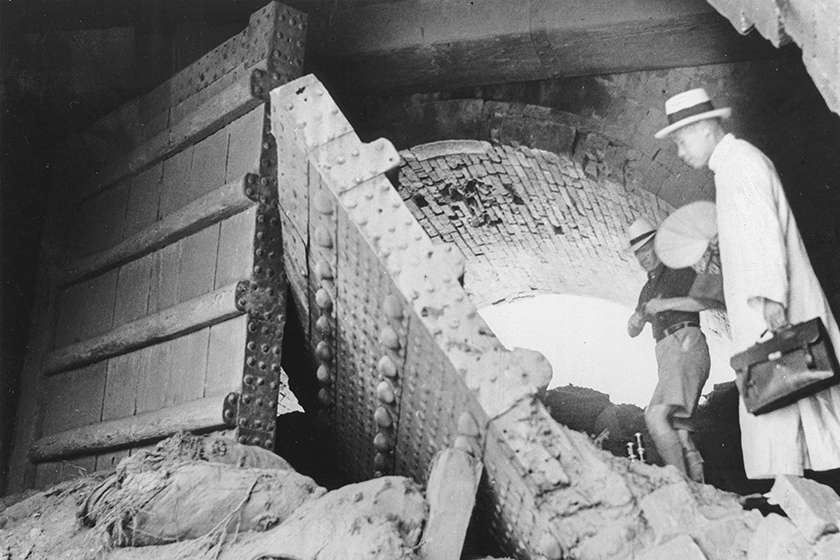 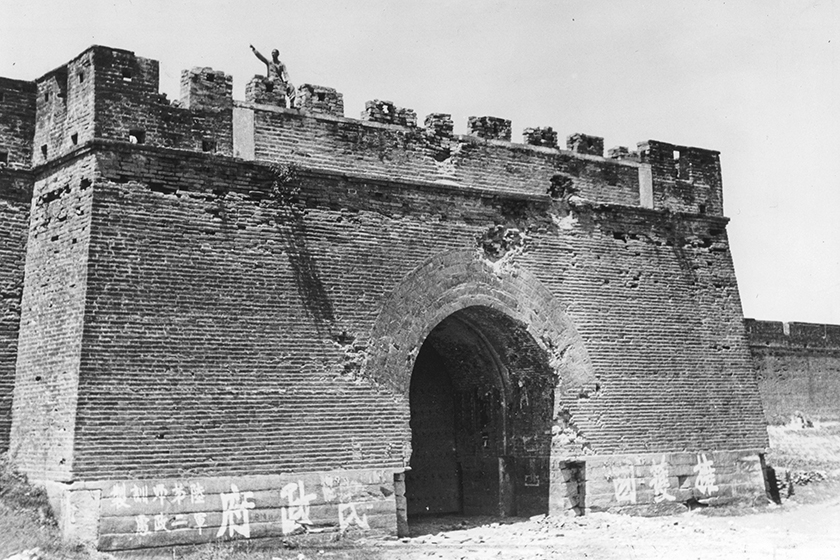 Wanping fortress was damaged during the battle. The fight was later called “the Lugou Bridge Incident” or “the July 7 Incident” and is considered the start of the Second Sino-Japanese War. Photo: Walter Bosshard/VCG 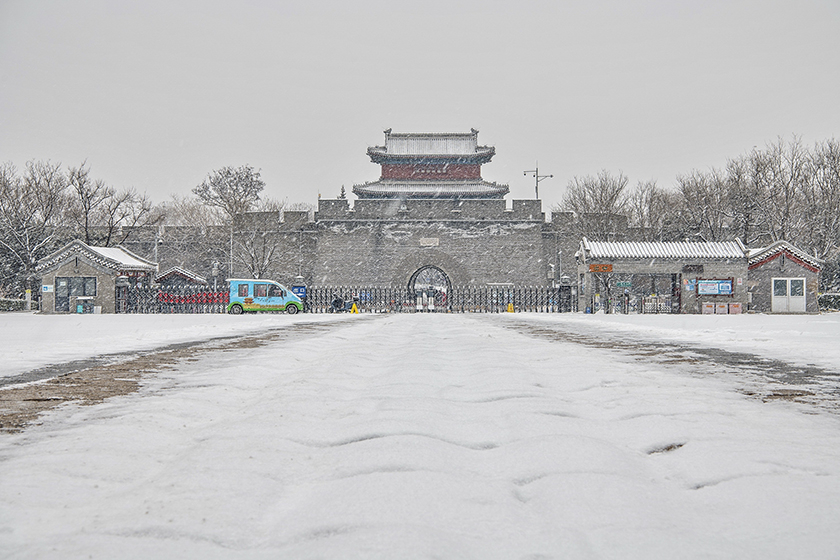 Wanping fortress stands in snow on Feb. 13. The fortress was erected during the Ming dynasty (1368-1644) by its last emperor, Chongzhen, to defend Beijing against the rebels. Photo: VCG 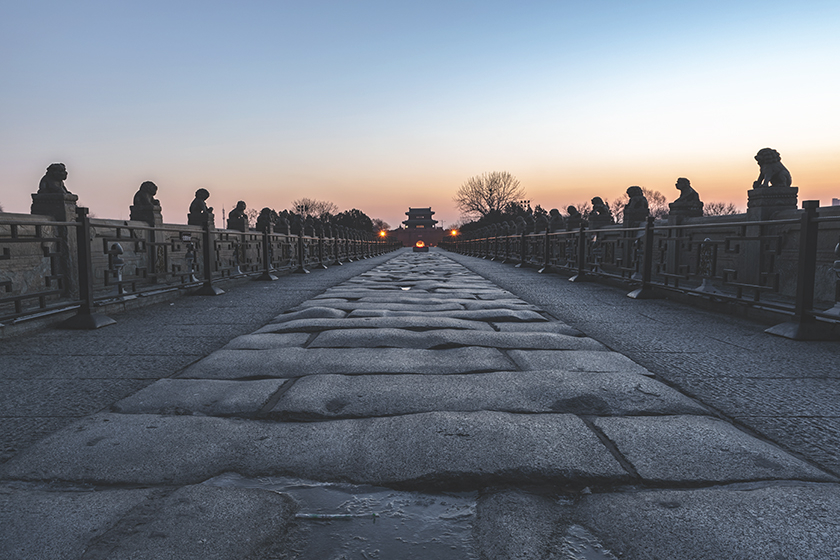