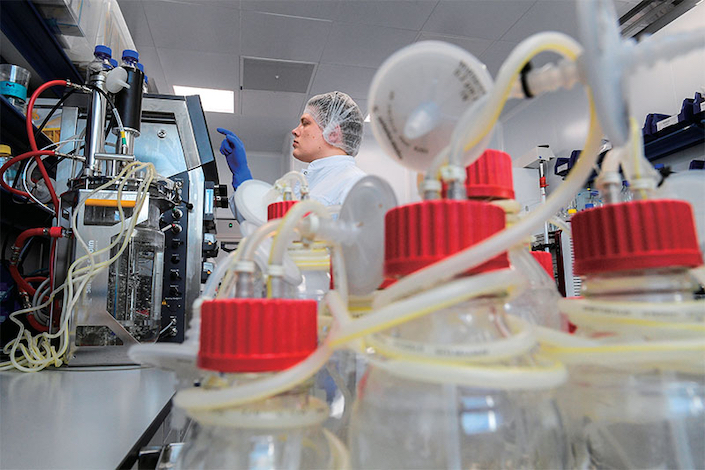 Current Covid-19 vaccines are mainly based on the original strain of the SARS-CoV-2 virus that emerged in Wuhan in late 2019.

More than two years into the pandemic, scientists and regulators are still struggling to catch up with the stealthy, rapidly mutating coronavirus as it continues ravaging the world.

Despite the number of effective Covid-19 vaccines in use around the world, new variants increasingly find ways to break through immune system defenses and infect more people. It has become a pressing issue for scientists to find more powerful weapons for containing the new variants.

Hong Kong’s new chief executive John Lee promised to lead his team to “comprehensively” enhance the city’s competitiveness while continuing to give full play to its advantages such as freedom and openness to consolidate its status as a global financial center.

“We will review the listing rules to attract high-quality companies from around the world to list in Hong Kong and enrich the choices available to investors,” Lee said in a video address to the Caixin Summer Summit in Beijing Saturday.

As many as five people, including children and medical staff, were injured by a knife-wielding attacker at a renowned Shanghai hospital Saturday before the man was subdued by armed police, according to local police and witnesses.

Huangpu district police said in a statement (link in Chinese) that they received a call about the attack at around 11:30 a.m. and headed to the scene in Ruijin Hospital’s outpatient department.

The warning comes as China’s exports boomed during the pandemic but the yuan’s exchange rates against other currencies have been volatile.

A guidebook released by the State Administration of Foreign Exchange (SAFE) earlier this month laid out a framework for companies to manage exchange rate risks, detailed how forex derivative instruments can be used and explained relevant accounting.

Police in central China’s Henan province arrested a second batch of people suspected of crimes linked to Henan's ongoing rural bank meltdown, which this weekend led to clashes involving protestors demanding the return of their deposits.

The scandal came to public attention in April, when several village banks in the province suspended their online banking services, effectively locking their customers around the country out of their accounts.

Online travel agency Trip.com Group Ltd. has been embroiled in a brouhaha with tour group operators on its platform since the company moved to take control of customer service and contracting and exert greater control over pricing.

It’s a move that merchants say could give the travel giant a bigger cut of profits — but one that risks driving them into the arms of a growing number of alternative platforms.

Chinese steelmakers’ profit margins shriveled in the second quarter as the industry wrestled with sluggish demand and high raw material costs, according to a survey of producers.

In late June, 247 surveyed steel manufacturers reported quarterly margins of 15.2% on average, down from 83.6% the previous quarter, according to data compiled by Mysteel.com, an industry information provider.