By Yu Cong and Ding Yi 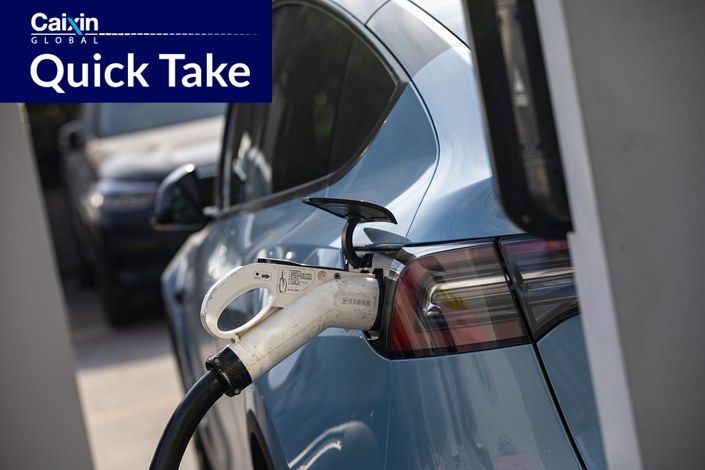 What’s new: China plans to extend a tax exemption on electric-vehicle (EV) purchases, according to a State Council meeting held on Friday, in a move that is likely to be a boon for the auto industry.

The move marks a U-turn from the government’s previously announced plan, which would have seen an exemption on the 10% EV-purchase tax expire at the end of 2022.

The tax exemptions will be extended by one year, with any additional adjustments dependent on the prevailing conditions, Cui Dongshu, secretary-general of the China Passenger Car Association, told Caixin.

The goal of ending financial subsides that car buyers receive for purchasing electric and other cars that do not exclusively burn fossil fuels before 2023 will remain unchanged, Cui added.

Some regions are required to ease restrictions imposed on new-vehicle purchases by increasing the number of license plates issued through a lottery system, according to the Friday meeting.

The background: In the first half of 2022, domestic sales of new-energy vehicles (NEVs), which include electric, plug-in hybrid and fuel-cell vehicles, more than doubled from the same period last year to some 2.6 million units, according to the China Association of Automobile Manufacturers (CAAM).

The increase came despite the harsh Covid-19 control measures that took a toll on China’s auto industry, forcing many carmakers to suspend production.

China’s NEV sales will reach 5.5 million in 2022, representing a year-on-year increase of 56%, according to CAAM forecasts.