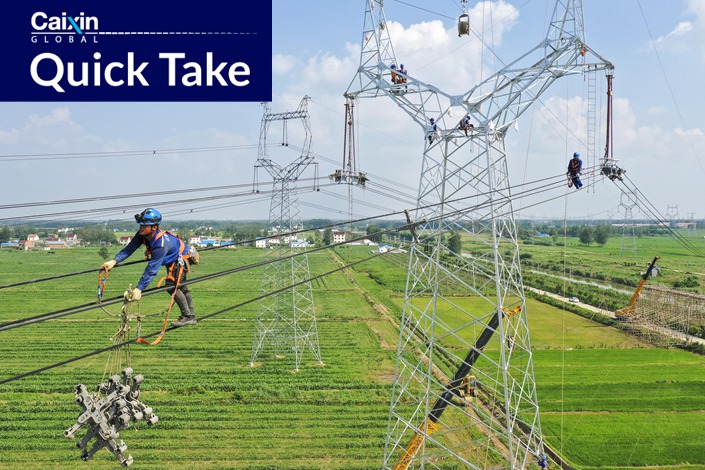 What’s new: The world’s largest utility State Grid Corp. of China said it would invest about 300 billion yuan ($44.4 billion) over the remainder of the year, as China ramps up infrastructure spending to shore up economic growth.

The figure includes new spending of 150 billion yuan earmarked for ultra-high voltage power line construction — up from a spend of 90 billion yuan in the first half, according to comments from the chairman of the firm published by China’s official news agency Xinhua.

The investment, which will drive demand for commodities like conductive metals, will raise the total funding of projects under construction to a record high of 1.3 trillion yuan by the end of 2022, according to a company statement (link in Chinese) on Wednesday.

The context: This year, State Grid ranked third on the Fortune Global 500 list, as it generated $460.6 billion in revenue during the last fiscal year.

Under government instruction, the company has resumed efforts to downsize its mammoth business by spinning off its power equipment manufacturing and real estate subsidiaries to focus on its core electricity transmission business.

Policymakers have been doubling down on infrastructure in the second half of the year, setting aside more than 1 trillion yuan in additional funding for this year amid anemic economic growth. China’s second-quarter GDP expanded at its lowest rate since the start of the pandemic in early 2020 as two major growth drivers — consumer spending and real estate — failed to pick up.

Related: In Depth: China Doubles Down on Infrastructure to Spur Growth