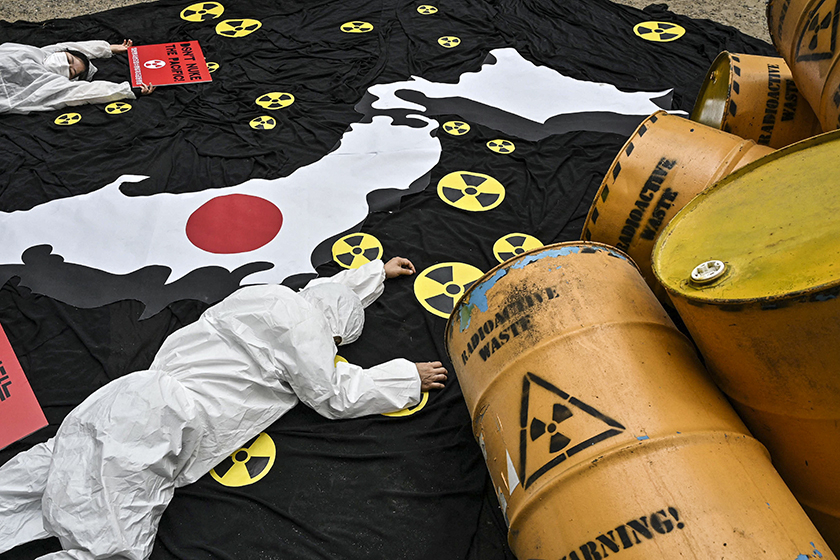 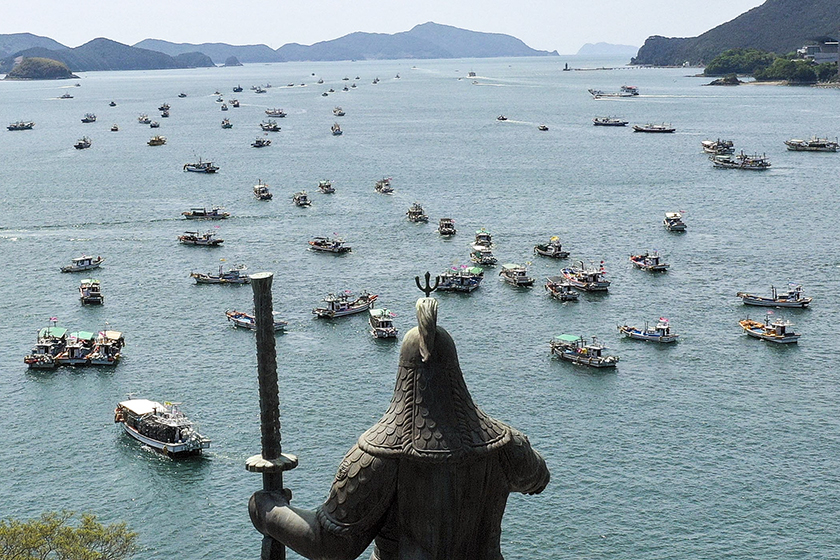 In April 2021, around 200 fishing boats gathered in waters overlooked by the statue of Korean admiral and military general Yi Sun-sin, to condemn Japan’s decision to discharge contaminated water. Photo: VCG 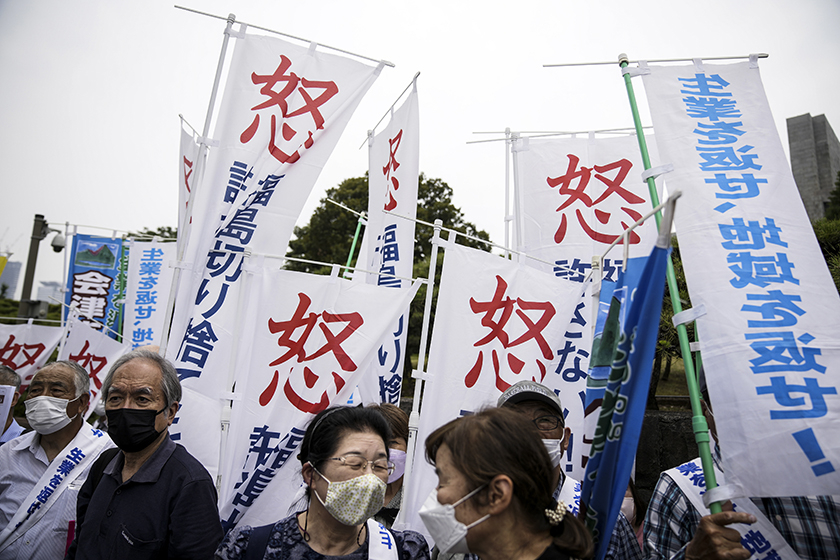 Protesters in front of Japan’s Supreme Court in Tokyo on June 17 are unhappy about a court ruling that found the government not liable for damages caused by the Fukushima nuclear incident. Photo: Eugene Hoshiko/VCG 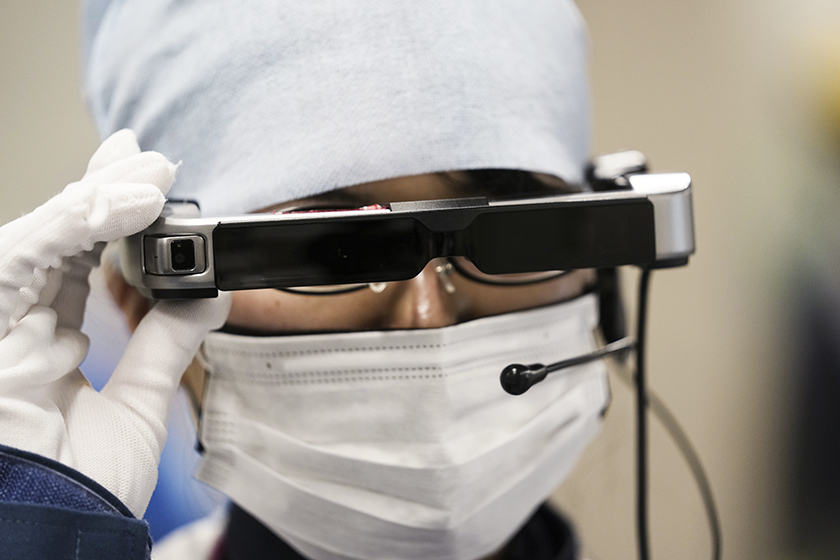 A lab technician uses a pair of smart glasses to measure levels of tritium in water samples at a laboratory of TEPCO in Okuma town, Japan, on March 3. Photo: Hiro Komae/VCG 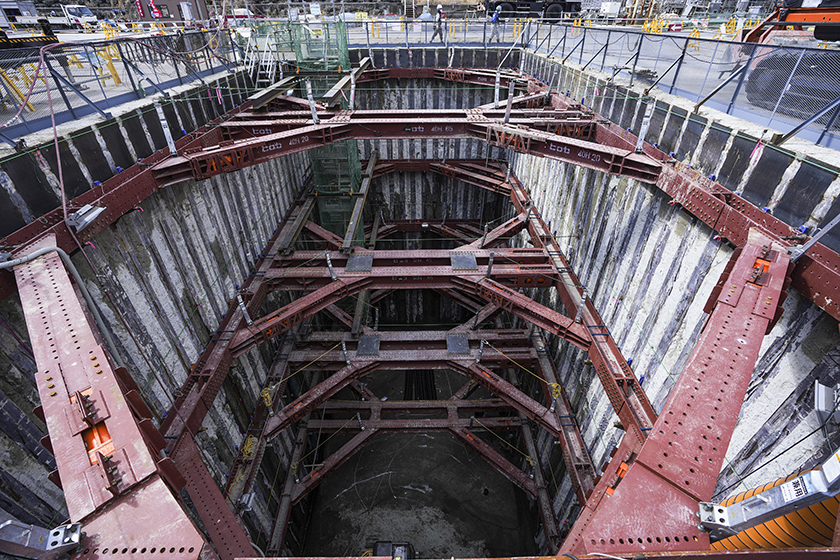 A shaft is under construction at the Fukushima Daiichi nuclear power plant on March 3. Those shafts will be used to store nuclear wastewater that meets discharge standards. TEPCO aims to begin releasing treated water into the ocean around next spring, according to The Mainichi report. Photo: Hiro Komae/VCG 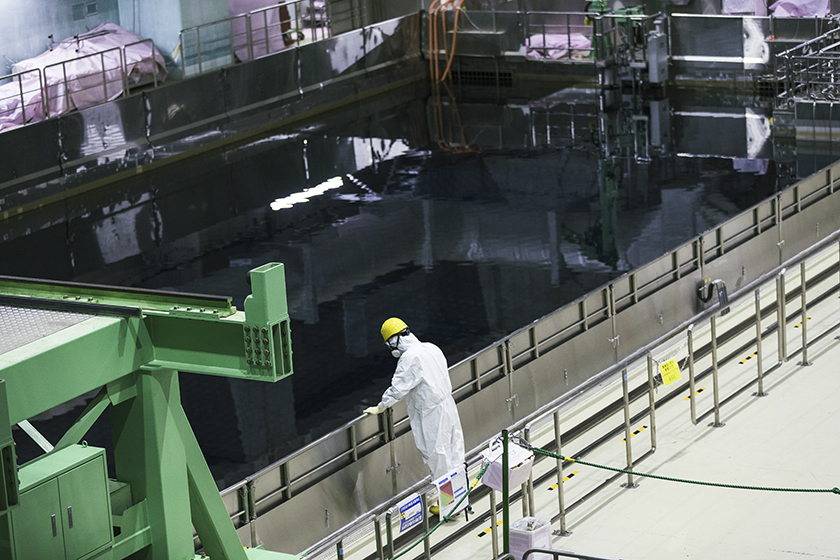 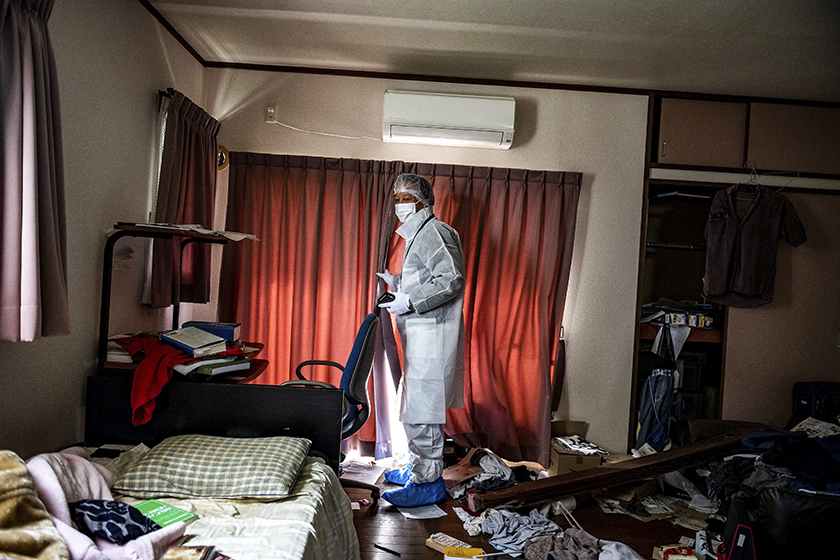 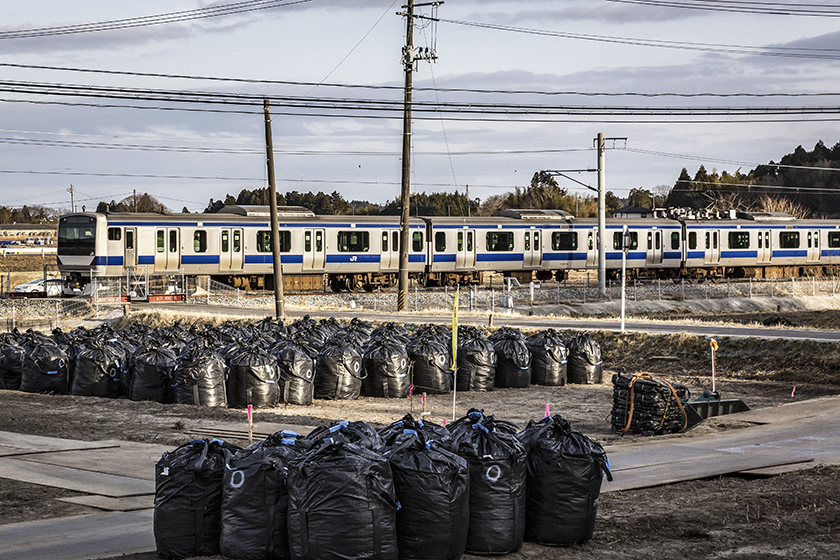 A train passes by bags of radiation-contaminated soil on March 2021 in Futaba, Japan. Photo: Yuichi Yamazak/VCG 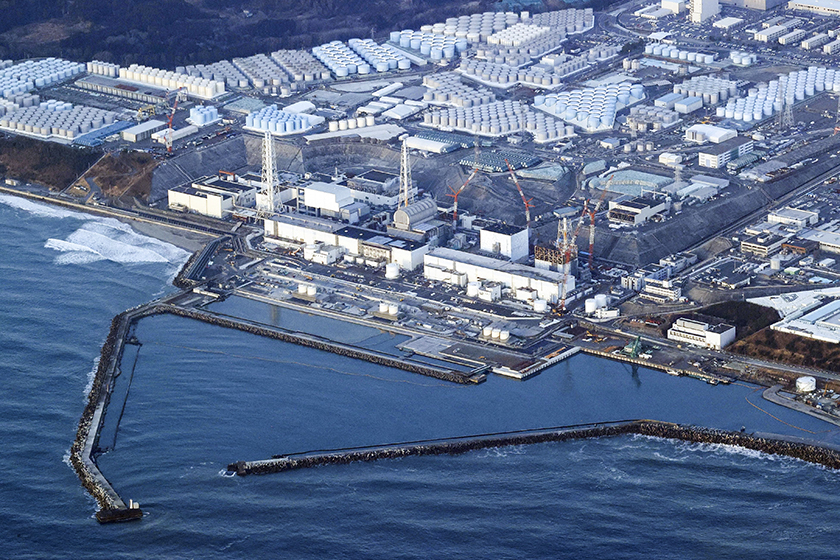 Tanks that store treated water on the premises of the plant are expected to be full around next fall, according to TEPCO. Photo: VCG