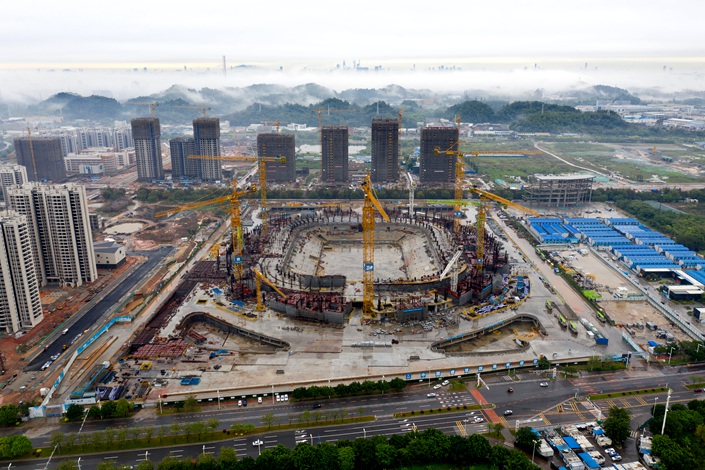 Troubled property developer China Evergrande Group expects to book a loss of 1.26 billion yuan ($186.7 million), after it abandoned plans to build a massive soccer stadium in Southern China and sold the land back to the government