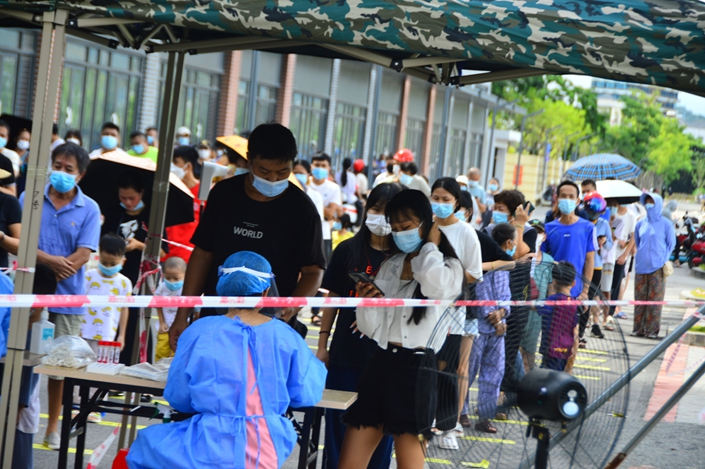 (Bloomberg) — China’s beach resort city of Sanya is ramping up its Covid-19 controls, disrupting the holiday plans of thousands of people, after a surge in cases made it the nation’s latest virus hotspot.

The city in the southern province of Hainan — often called the “Hawaii of China” — reported 107 new infections since noon Thursday, according to CCTV. That takes the total number of cases since Monday to more than 140. Officials say the flareup is driven by the BA.5.1.3 omicron subvariant, which hasn’t been found in China before, and is linked to a fishmonger.