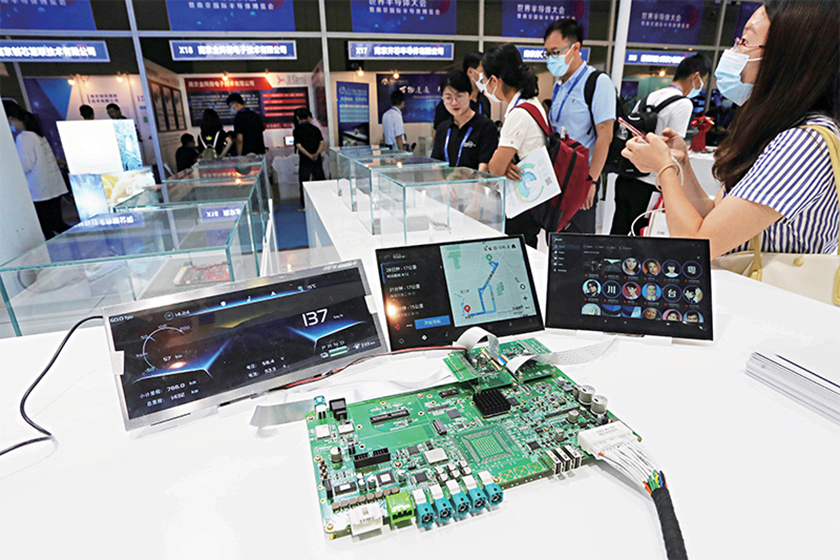 China Integrated Circuit Industry Investment Fund, a key player in the country’s quest for self-sufficiency in chipmaking, is at the center of an expanding anti-graft crackdown that is rattling the entire semiconductor industry.

Since mid-July, China’s graft buster has confirmed investigations of at least six current and former executives of the fund and its sole manager, Sino IC Capital Co. Ltd.

Beijing released a white paper on the heightened Taiwan issue, stating that the use of force would be the “last resort taken under compelling circumstances,” reiterating its commitment to peaceful reunification.

“We will work with the greatest sincerity and exert our utmost efforts to achieve peaceful reunification. But we will not renounce the use of force, and we reserve the option of taking all necessary measures,” read the joint statement (link in Chinese) published Wednesday by the Taiwan Affairs Office of the State Council and the State Council Information Office.

Hong Kong will shorten its mandatory quarantine period for travelers from the Chinese mainland to three from seven days as the Asian financial hub seeks to boost travel to revive an economy stunted by Covid restrictions.

Starting Friday, except for those arriving in Hong Kong under quarantine-exempt schemes “Return2hk” and “Come2hk,” other mainland and Macao visitors will need to isolate “at home” for three days, followed by four days of health self-monitoring, the city government said in a statement issued Monday.

Beijing and Seoul have “properly handled” the dispute over the placement of a U.S. missile defense system in South Korea “at the current stage,” the Chinese authorities said, in a sign of progress on an issue that pushed relations into a deep freeze in 2016.

In their talks, Wang and Park agreed to promote “healthy and stable” bilateral relations and maintain supply chain stability ahead of the 30th anniversary of establishment of diplomatic relations in late August.

China’s largest duty-free retailer got the go ahead to list on Hong Kong’s stock exchange, clearing the way for its second attempt at an IPO that could be worth billions.

China Tourism Group Duty Free Corp. Ltd. (CTGDF) (601888.SS) filed updated IPO paperwork with the Hong Kong Stock Exchange Tuesday after getting approval from the bourse. The next step for the company will be to market its shares to international investors.

Camping out to avoid quarantine