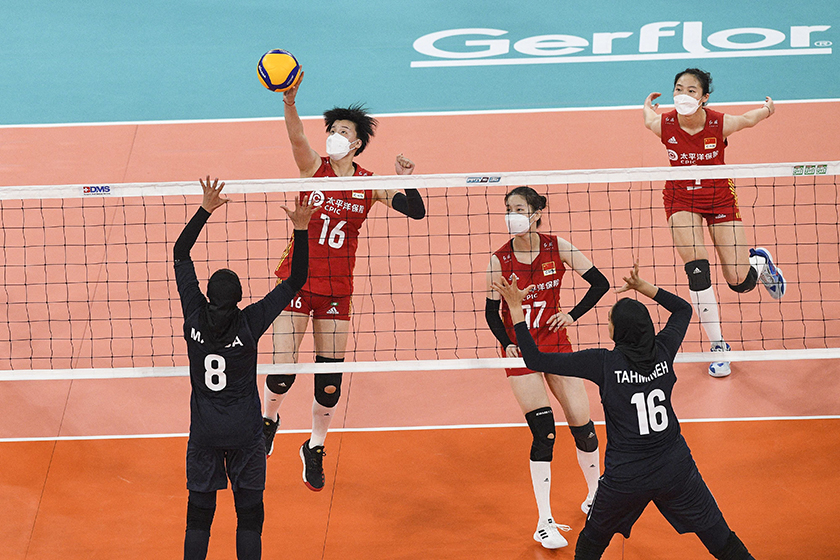 China’s Hu Mingyuan (#16) spikes the ball wearing a facemask during a 2022 Asian Women’s Volleyball Cup preliminary round match between China and Iran in Pasig, Philippines, on Thursday. The match caused a stir on Chinese social media as players wore N95 masks for the first time at the tournament. Photo: Ted Aljibe/VCG 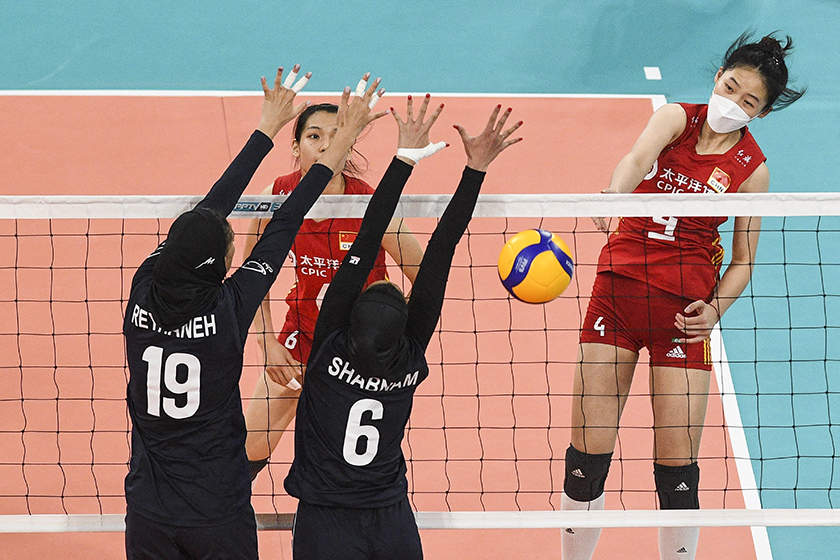 China’s Wang Yifan (right) keeps her mask on as she spikes the ball at the game. Photo: Ted Aljibe/VCG 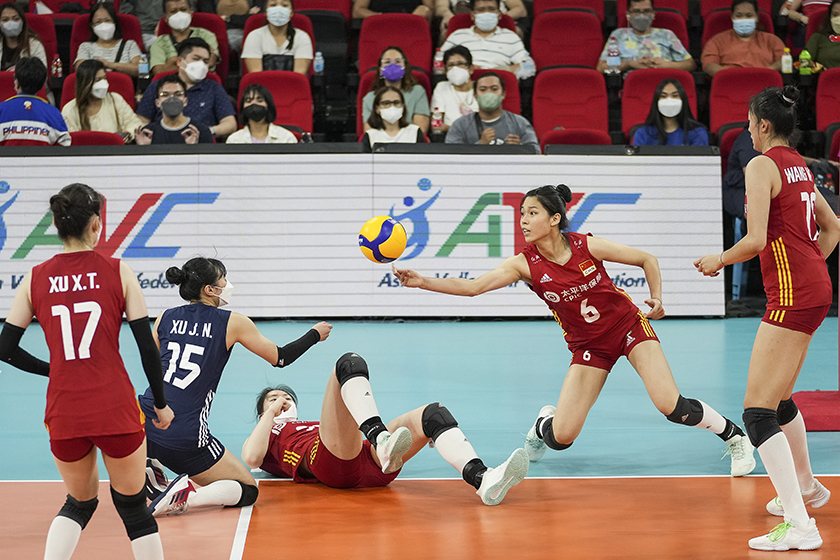 China’s Zhuang Yushan (#6) extends an arm as she tries to save the ball. Photo: Aaron Favila/VCG 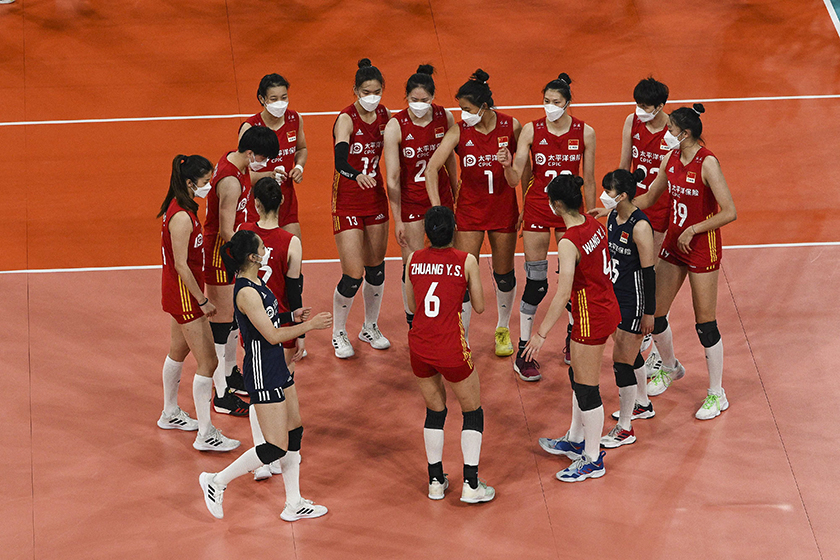 Chinese players in masks huddle before their match against Iran. The whole team wore masks when the game started. About 10 minutes later some took off their masks. The team lost the first set 24:26. Photo: Ted Aljibe/VCG 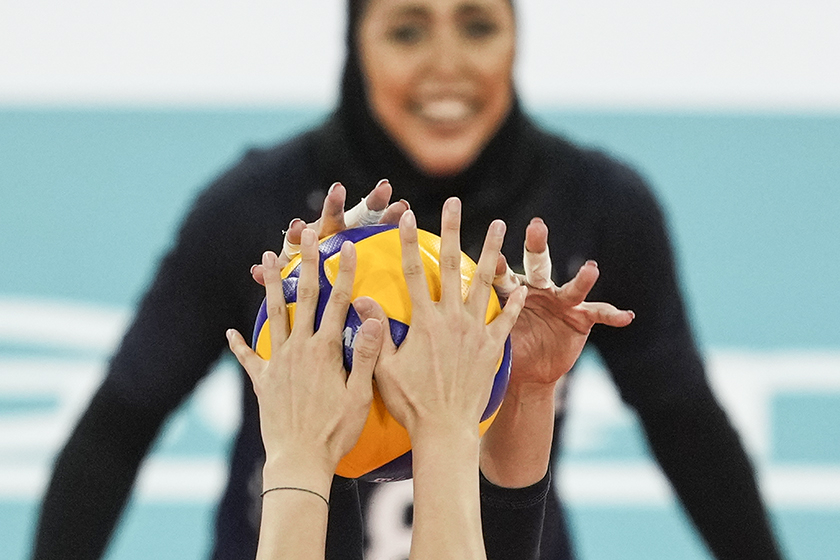 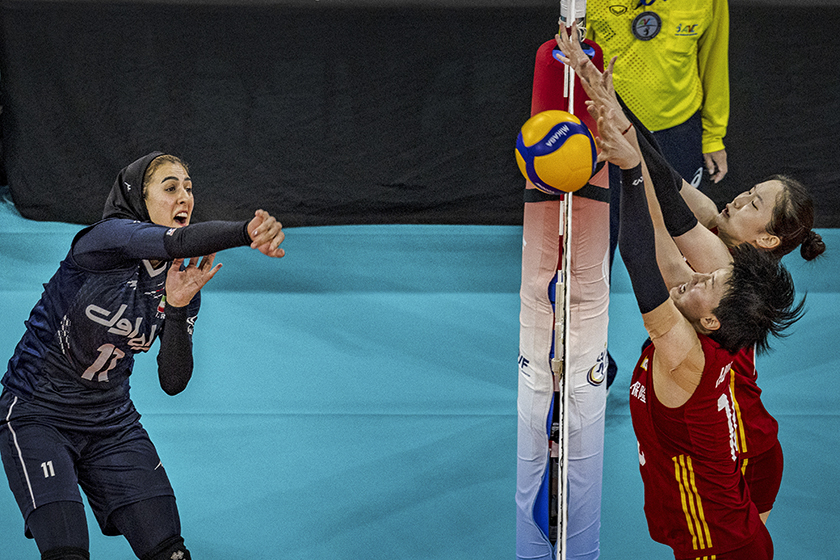 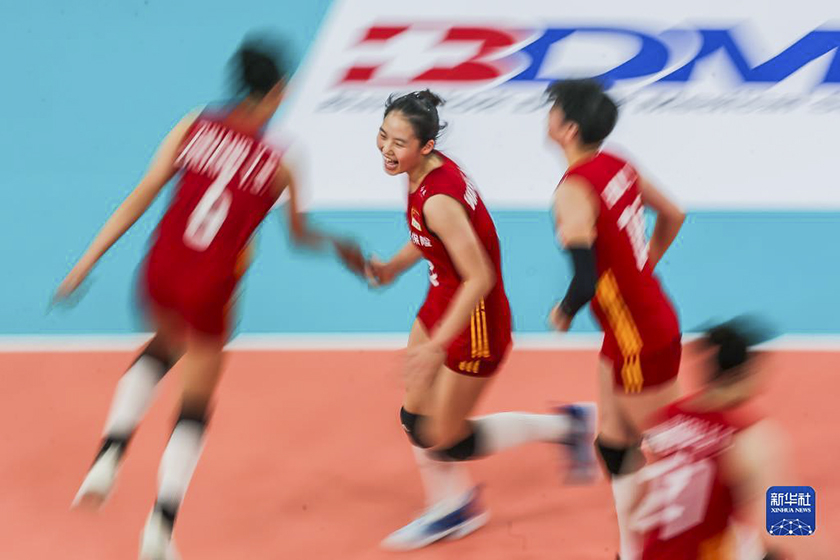 Wang Yifan (center) celebrates with others after winning a point. All players took off their masks around the middle of the second set, winning the rest sets by 25-19, 25-10, and 25-13. The win brought China out on top of Group A, with four consecutive wins. Photo: Xinhua 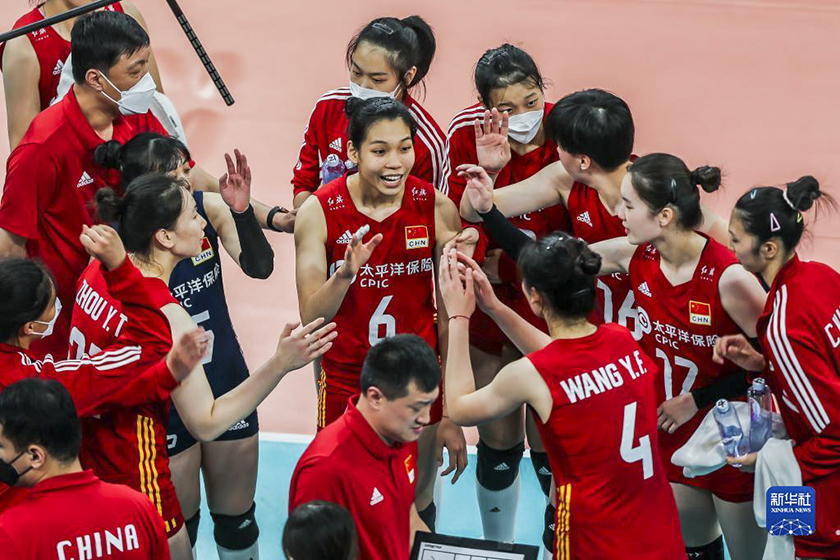 The Chinese Volleyball Association issued an apology statement in the early morning of Friday, saying the decision to let players wear masks is about protecting them from Covid-19 as cases were detected in other teams and symptoms appeared within the team. Photo: Xinhua