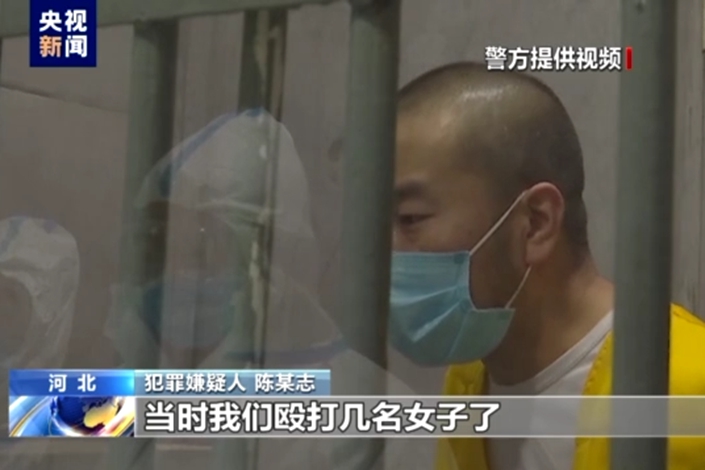 A man surnamed Chen, who was the main suspect in the vicious attack on four women on June 10, was among the 28 people prosecuted for a raft of crimes including involvement in a mafia-like gang, authorities said Monday. Photo: CCTV screenshot

Eight police officers in Tangshan have been detained in connection to a vicious attack on four women at a local restaurant, after a months-long investigation found they had committed unspecified disciplinary and legal violations in handling cases involving the attackers, Hebei province graft busters said Monday.

The officials, including Ma Aijun, head of the Lubei district branch of the Tangshan public security bureau, are suspected of covering up for a mafia-like gang by committing crimes including bribery and abuse of power, according to a statement (link in Chinese) from the discipline inspection commission.