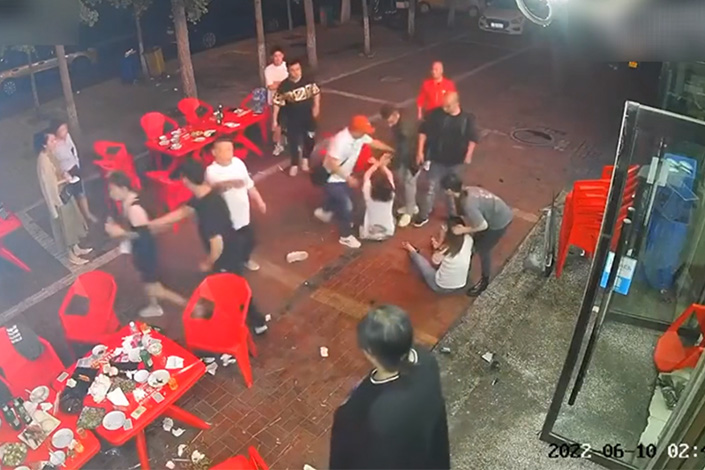 A group of men were filmed beating their female victims outside a restaurant on Friday in Tangshan, North China's Hebei province.

A northern Chinese city has launched a targeted campaign against organized crime after a brutal assault on four women at a local restaurant sparked nationwide outrage and renewed discussion of sexual harassment and gang violence.

The campaign in Tangshan in Hebei province began Sunday and will last for two weeks. It targets illegal activities with “strong public reaction and bad social impact,” including fighting, provocation, intentional injury and insult to women, state media reported, citing local authorities. Other acts that will be cracked down on include extortion, mass gambling, organized prostitution, and shielding or conniving crimes.